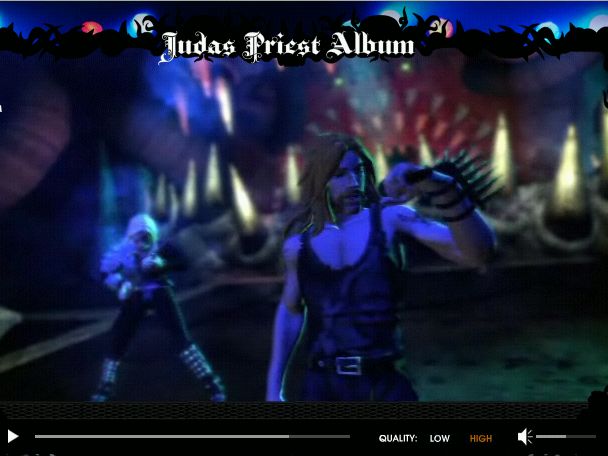 After so many promises and teasing, they finally came through. This awesome news will bring a smile to my nephew’s face. Not to mention mine, whenever I come for a visit. Get ready Nate-dog, it’s time for a challenge.

As stated in the press release: Harmonix and MTV Games announced the first complete album to be added to the Rock Band downloadable content catalog: Judas Priest’s 1982 classic, Screaming For Vengeance. On April 22, some of the most influential metal tracks of all time will get new life as Screaming For Vengeance becomes the first complete album to be released as blistering game play levels in Rock Band. The album’s plethora of highlights includes smash radio hit “You’ve Got Another Thing Comin’,” “Bloodstone,” title track “Screaming For Vengeance” and “Electric Eye.” Black leather and chains sold separately … Read full press release here