oh god, this may be the best Black Keys interview I’v ever watched. The shit is so funny! Between Pat’s hilarious comments and Dan’s incessant laughs, I could not stop laughing! Thought I was gonna pee in my panties. Not to mention, they poke fun at a super lame band (ICP) which I found quite interesting since a friend and I were just talking about how ridonkulous ICP is, and we both adore The Black Keys. I even put ICP up in the HOT Vs NOT section last week under “Band Tattoos”… Music for nerds and middle America rejects.

As mentioned before, I hate when interviews reiterate what’s already said and known about a band. The best are the oddball as fuck interviews set to make you laugh and get to know your favored musicians.

Click the image below to watch interview on Pitchfork TV. 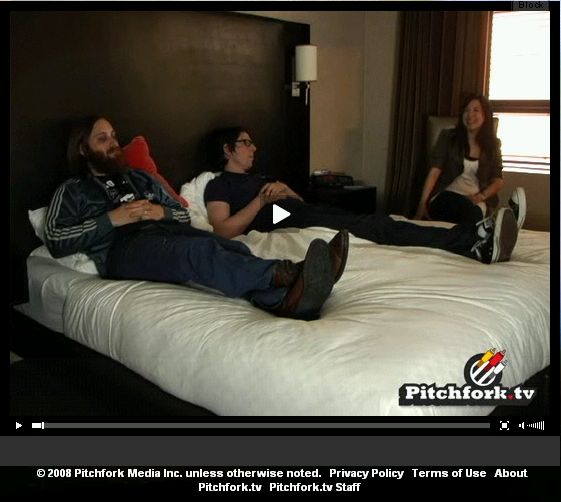