Opening up for Brookly buddies, White Rabbits, the eclectic duo, Glass Ghost, started off as a bit of yawn, but definitely progressed into quite the show towards the end of their set. Although I heard some negative words against them from a few show-goers, I felt they put on a pretty cool show.

With a unique falsetto and instrumentals that aren’t your basic rock show, they attempted to clean the wax out of the mainstream ears before them. I just don’t think some of the kids at the El Rey understood their music. Either that, or the kids were growing impatient for White Rabbit’s hit song, “Percussion Gun” (it’s all over the radio). I’ll admit the two Brooklynites were a bit awkward and came off shy at first, but once they got in their comfort zone, their performance grew with a groovin’ intensity that proceeded to engage the front lines. With nothing but the unique high-pitched vocals of front man, Eliot Krimsky, as he grooved out on the synths—Mike Johnson, kept the drums rolling out smooth as whipped buttah.

The boys closed with a bangin’ song (wish I knew the title) joined by a few of White Rabbits‘ crew handling various drums. All-in-all there were four sets of drums going off at once! The room was pretty thumpin’ and judging by the crowd’s applause, Glass Ghost came out on top in the end.

Would I check em’ out again? Definitely on their next album tour. I’d like to see their progression. I’m sure it would be impressive. 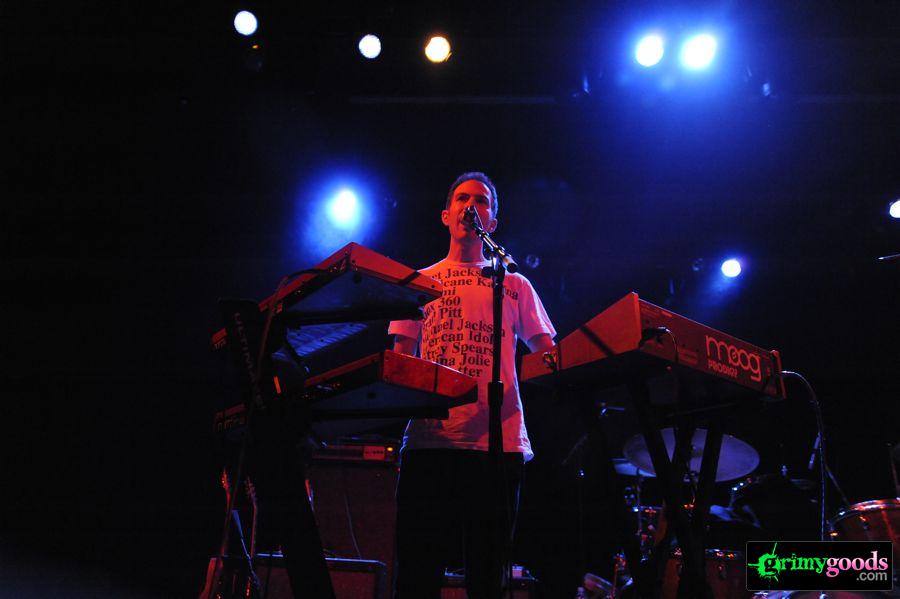 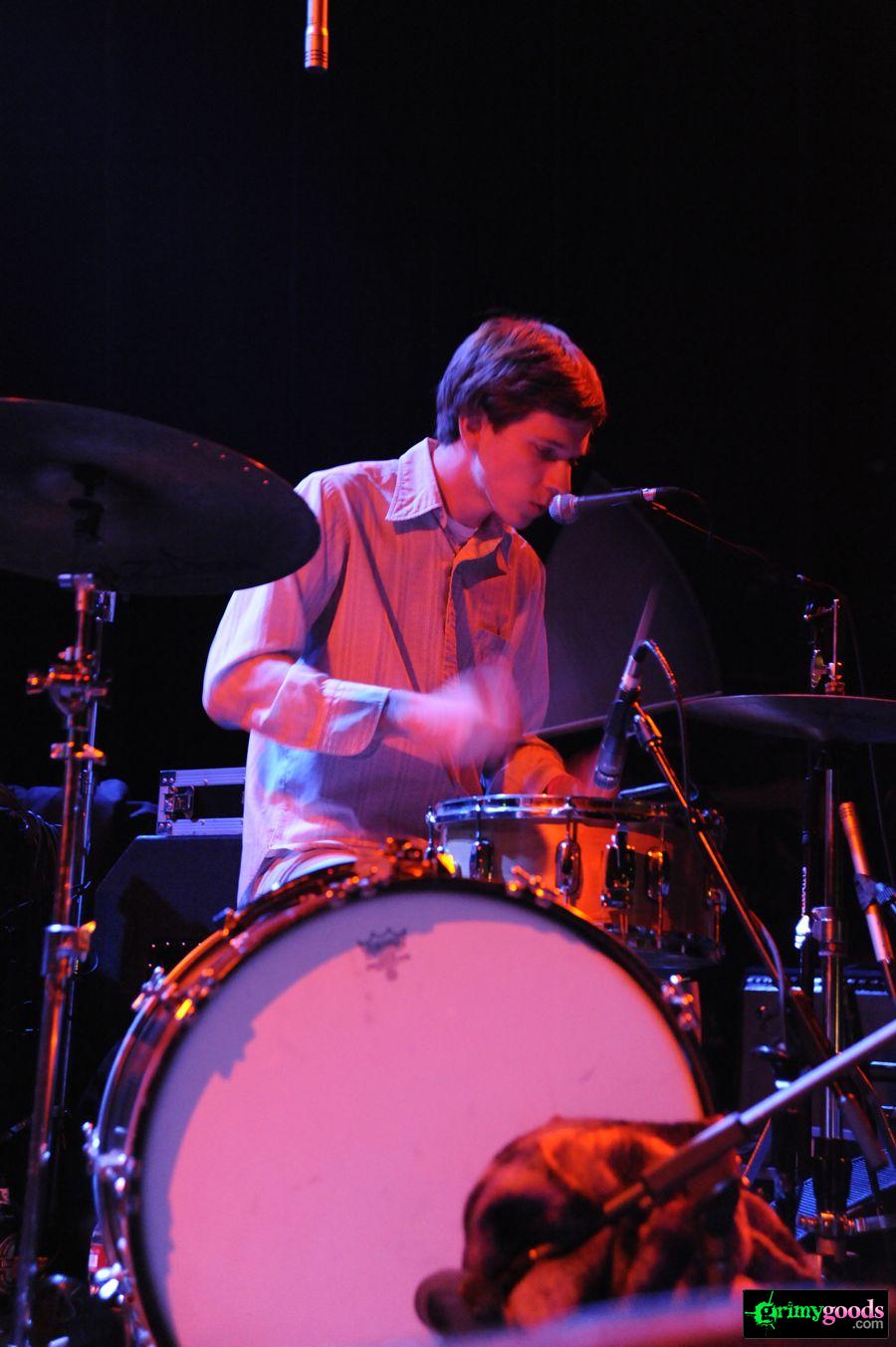 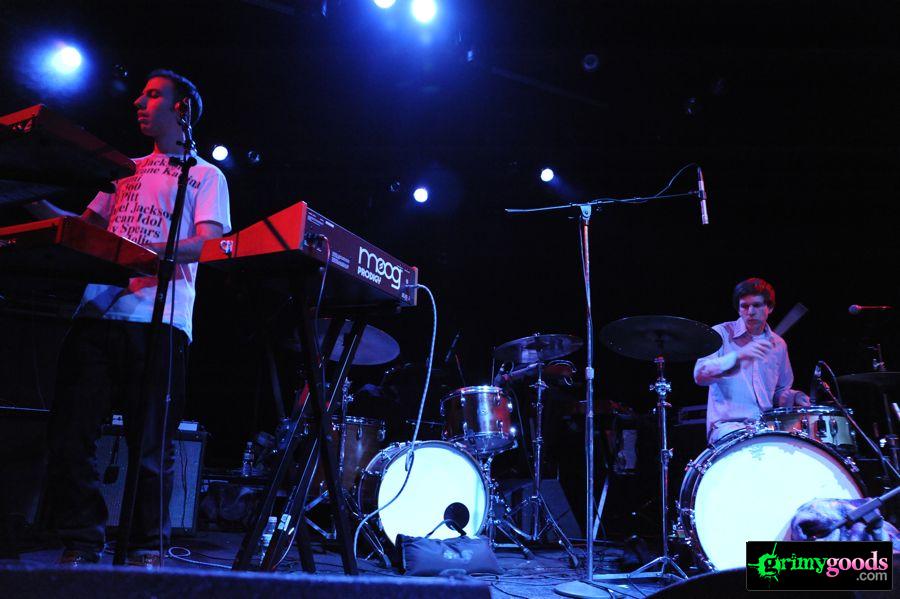 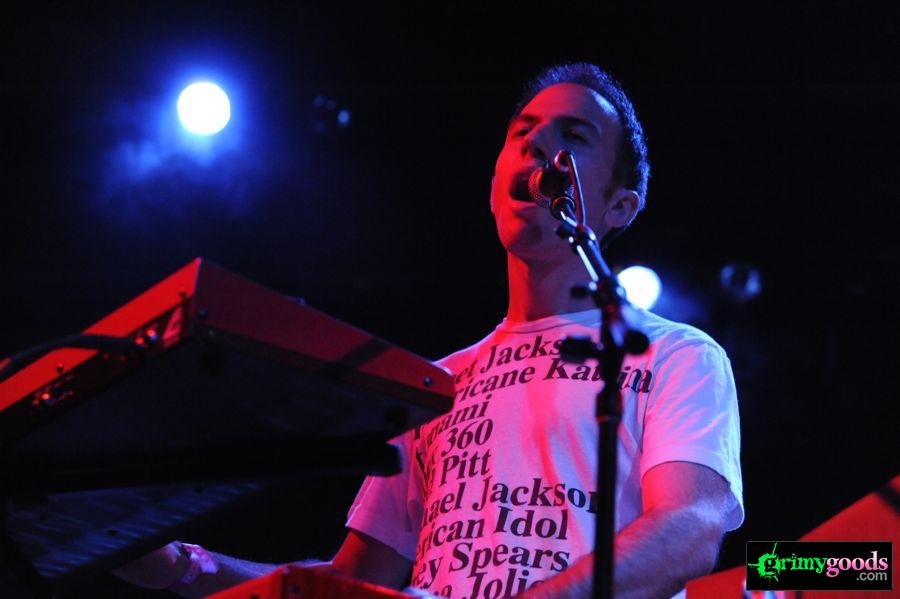 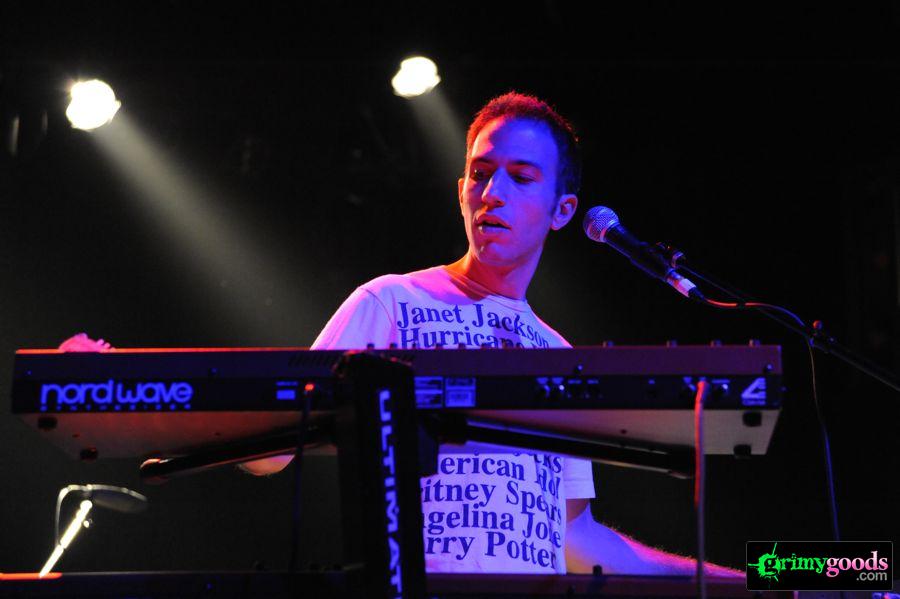 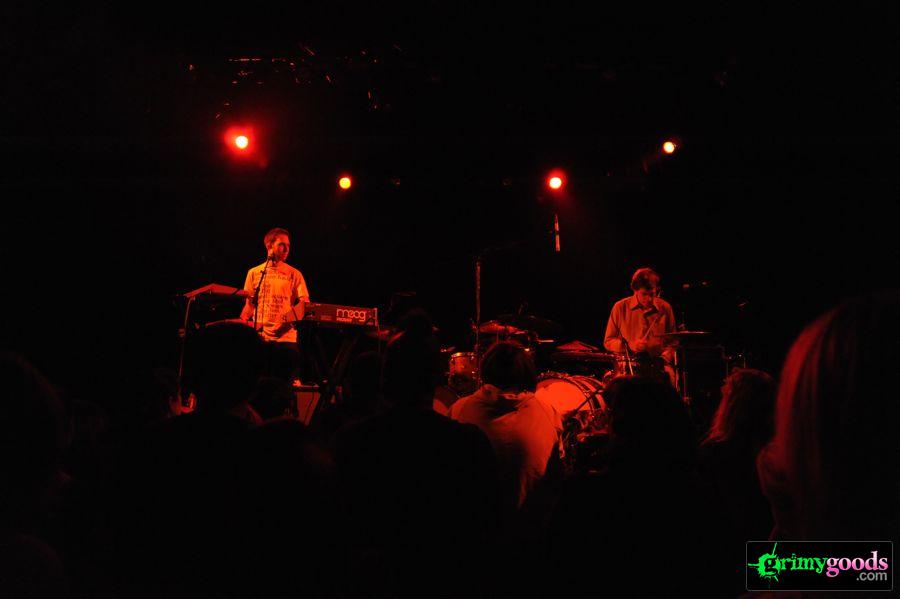 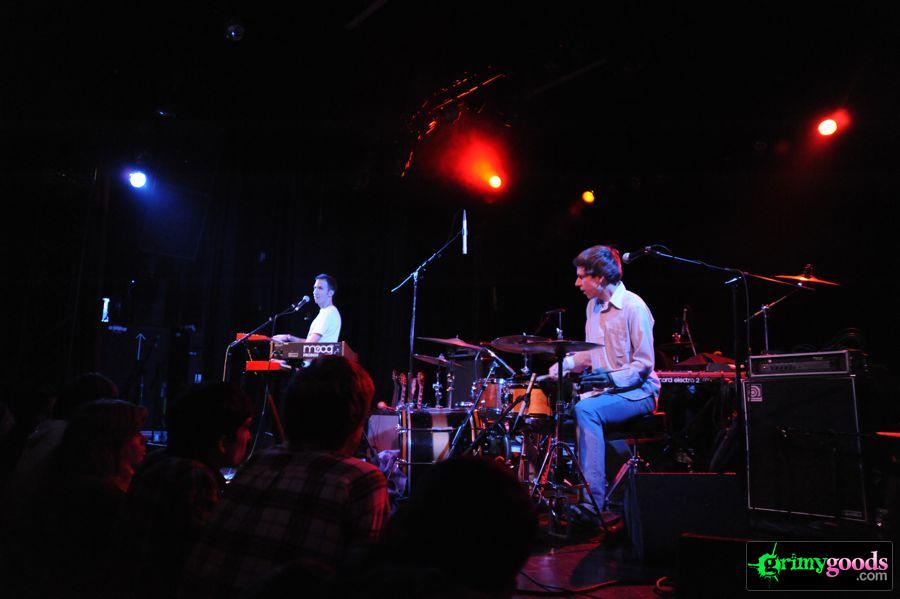 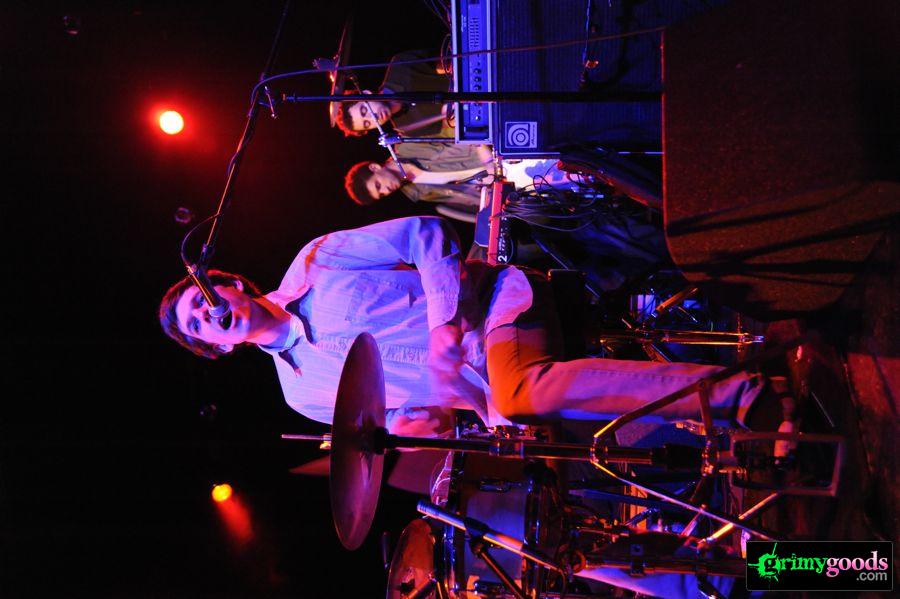