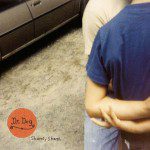 Dr. Dog is very excited to announce the April 6th release of their Anti- Records debut, “Shame, Shame.” As a band that has traditionally built their spirited albums layer by layer in the undisturbed seclusion of their Philadelphia home studio, Dr. Dog realized that they would need to face the challenge of working in a professional studio and enlist the help of an outside producer (Rob Schnapf) if they were to continue their album-by-album evolutionary growth. The end result is the band’s most openly autobiographical release to date and peels back the layers of strings and horns of past albums to emphasize the raw immediacy of a tight unit honing their craft. Beginning January 27th in Troy NY, Dr. Dog will embark on a 10-week national headlining tour to premiere songs from “Shame, Shame.” They will tour with support from The Growlers and Deertick.

And while you’re at it: Help get Dr. Dog to 20,000 Facebook Fans to hear the first track from their new album http://ow.ly/VPpz

TOUR DATES (more to be announced):

* With The Growlers
** With Deertick