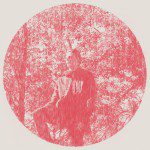 Complexity and a bit of confusion surround the album “Heartland.” Owen Pallett is the mastermind behind the electronic and multi-instrument infused disc that is his last under the Final Fantasy name to avoid confusion with the video games of the same moniker. His style is definitely hard to pin point and doesn’t quite fit in any genre both to his praise and downfall. All these complexities solidly assure an overload of creativity on the album.

As you listen to tracks, it does give an odd sense that you are listening to multiple albums at once. Each track stands alone ranging from electronic hefty tracks with echoed vocals to more pop-sensible ditties. The track “Lewis Takes Off His Shirt” definitely falls into the Postal Service style and is over all a delightful, happy, head bobbing track. The track following, “Flare Gun,” sounds like it could be swiped from a Broadway stage jingle with some simple piano chords and swirls of flutes.

Standout track “E For Estranged” has lovely, simple vocals that contrast against tension-building strings. Pallett’s voice sounds stunning and comfortable, and though it’s simpler than many of the tracks, it retains enough creative energy to make it shine.

Perhaps the most impressive component of the album is how much is done by Pallett. He plays many of the string instruments, including the violin for which he is a noted talent. The overall feeling of the album is lush, complex and a little disjointed. For the most part, it’s light, airy and has a romantic feeling without going into cheesy territory. Basically, you don’t really know what to expect, what you are listening to, or how it’s all working together as this opera, but it’s still compelling, interesting and a solid effort for Pallett’s final Final Fantasy album.