Hot on the heels of the release of their highly anticipated debut LP, “Pickin’ Up The Pieces,” Fitz & The Tantrums have also released a funky new video for their hit single “MoneyGrabber!” Peep the sweet video below and get your groove on!

Also, Fitz & The Tantrums are playing a FREE show tonight at Amoeba in Hollywood! It starts at 7pm but get there early. And be sure to buy their new album “Pickin’ Up The Pieces,” via Dangerbird! It’s a solid set of 10 funky tracks full of soul and that luscious big band sound and it was just released today!

Check out our live show review and photos of Fitz & The Tantrums at Spaceland, here! 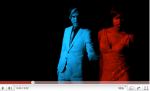 One thought on “Fitz & The Tantrums Release New Video for “MoneyGrabber””