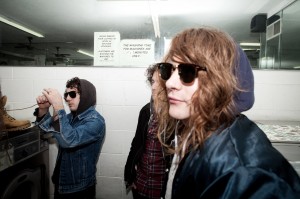 With a title that stirs up images from Greek mythology, Dom’s EP, Sun Bronzed Greek Gods provides fans and listeners with some great fusion of indie pop, rock and a couple of synths thrown in for good measure. The Worcester, Massachusetts-based quartet’s seven-track EP is actually a remastered/remixed version of a previous debut, but there isn’t  anything “re” about it.

While many bands suffer with identity crisis, Dom has their priorities straight. “We want to be the Madonna of garage rock,” proclaims Dominic (Dom), the 23-year-old mastermind behind the buzzed-about twisted-pop rockers. Throw in drummer Bobby, and what resulted was an “electronic sci-trance project.”

The first track already stirs controversy with its title “Jesus.” Starting out with some bouncing drums, followed by smooth guitar riffs and soft vocals, it’ll give you something to believe in … musically, that is. With its bubbly hooks, you’ll be singing along by the second chorus. “Living In America” is full of enjoyable keyboard melodies thrown together with some synthesized vocals over some hard-hitting electro-fied beats. It literally makes you feel “so sexy to be living in America” (you gotta hear it to understand why)!

“Bochicha” is a bit more of an interesting track (the title should have warned ya) with a tambourine-filled, shout-out banger you’ll be shaking your goods to, while “Hunny” is more of a low-key jam (but nonetheless, upbeat in Dom standards) that makes you forget about it all and just go with the flow, allowing the melodic tunes to lead.

Ending the EP with “I Wonder,” it’s the perfect track to end the DIY album that was originally recorded in a bedroom (on a pink paisley guitar, a Casio and Fruity Loops) and sums up some pretty solid, edgy and irresistibly fun music. As the lyrics so perfectly put it: “It’s the story of our lives,” or better yet, the music of our lives!

Dom has two upcoming Los Angeles show dates: The Satellite on March 26 and Eagle Rock Center of the Arts on March 25! 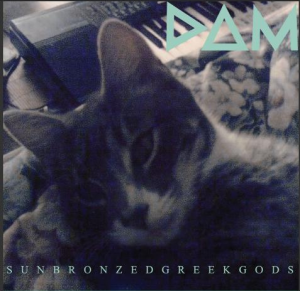