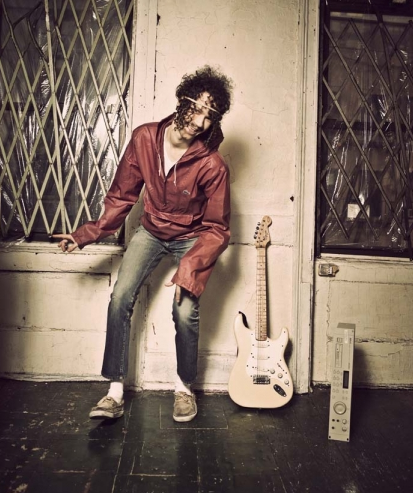 After reviewing Darwin’s Wonky Beats Mixtape, I was sure that Darwin Deez was going to be a mix of funny lyrics mashed with a bit of hip-hop, pop, electro, rock and just about five other music genres thrown in for good measure. However, Darwin Deez (Darwin Smith) surprised me with his debut album…in a very good way.

I’m all for out-of-the-box music and Deez definitely brings it. Already quite a character in his live shows (we got to see the creative being up close and personal at his Spaceland show back in January), Deez lives up to his quirky persona in the 10-track album.

As an eclectic mix of borderline romance-inspired songs, Deez is a sweetheart and shows it throughout his debut. With songs inspired about the love-hate relationship he’s having with a special someone, expect nothing less than soulful ballads and upbeat jams filled with prominent guitars and lots of hand-clapping. As a side note, I just thought it was funny how my iTunes puts the album as “alternative” in the genre column…strange.

But anyways, the entire album is one you can play from start-to-finish. It starts off with the celestial track, “Constellations,” which invokes the beloved nursery rhyme “Twinkle Twinkle Little Star” and describes a beautiful starry night in a very danceable way. The hand claps provide a very personal feel to the song (which also goes for the rest of the tracks that all have the clapping hands element). Definitely one my faves on the album.

“Deep Sea Divers” has a slower and funkier beat that depicts him and his lover as scuba divers. At first it seems like another romantic song, but once you listen to the lyrics more in-depth, you’ll notice it’s really a love song, but more of a diss…however, it’s still a great track with lots of melodic vocals from Mr. Deez.

Another favorite is “DNA” and starts off with lots of claps and a cool guitar riff that’s pretty catchy. You can definitely shuffle across the room to this one. Sort of reminds you of something that the Strokes would throw at you. The best line is “All these molecules don’t make me who I am.” Once more, it’s sort of hard to tell if the song is directed in a positive way to his imaginary lover, but who cares…it’s still one of those repeat tracks. With the “The Suicide Song,” you’d expect a really down-tempo jam, but it’s the complete opposite. Heavy clapping makes it a fun joint actually (just ignore the title).

“Up In The Clouds” has a bangin’ electro beat fused with the cutest lyrics ever, such as, “Sorry I let you down, down to the ground…but who cares now we can be up in the clouds.” You’re gonna love the part when the claps get all fast and he sweetly sings, “We can be up in the clouds.” “Bed Space” is quite funny as he rants and raves about missing a certain person in bed. Its dreamy tempo goes quite well with the best lyrics of the song being: “I don’t know where I’m am, I am so lost, I’m just drifting around since you’ve been gone. I’m just wasting time away.” Can it can really get any sweeter than this? Yup!

“Radar Detector” is the first single off the album and another fave of mine. It’s a fun song in general that will make you want to get up and just shake a tail. Again, the claps are what truly stand out on the track. Deez can call me his radar detector any time!

Darwin Deez may be a musical goofball, but he’s a romantic at heart with his debut album reflecting his inner softie in a musically entertaining way. Definitely add Darwin Deez to your iPod’s current rotation! 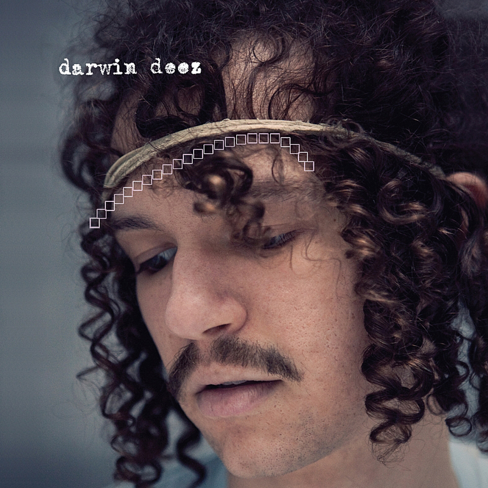