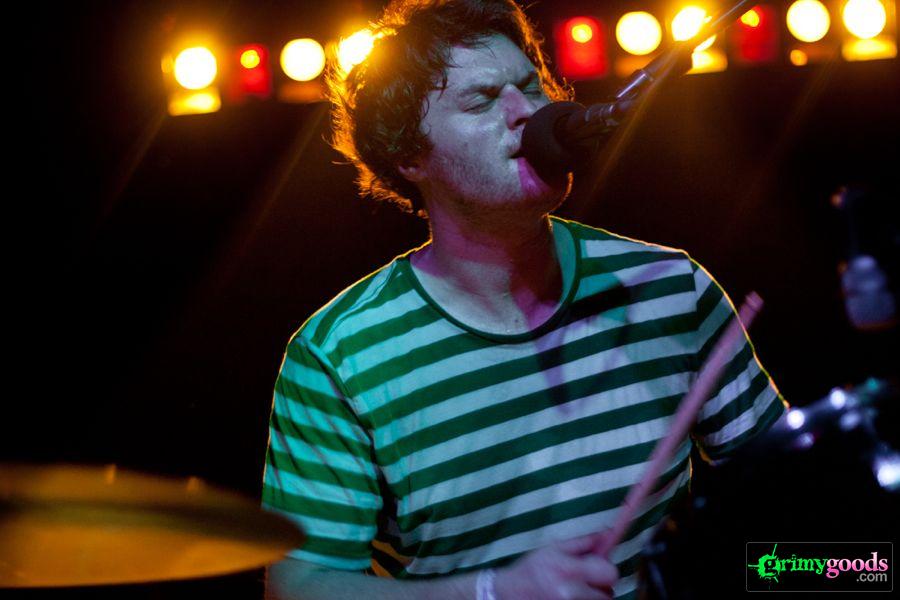 Telekinesis at the Echo – Photo by Ivette Orenos for Grimy Goods

Telekinesis is very far from past grunge acts that have come out of Seattle, WA. Instead, Michael Benjamin Lerner, the man behind Telekinesis, is providing the city with a new sound…some popish indie rock that’ll put a smile on any hipster face! As the sophomore follow-up to Telekinesis’ debut Telekinesis!, the new 12-track LP is pretty reminiscent of Weezer’s The Blue Album with a more ’60s twist and less melodramatic.

So apparently, the long-distance relationship that inspired the first album’s tracks turned stale, leaving Lerner a bit worried about how to proceed with his follow-up album. Saying F-it, he hopped on a plane and ended up in Berlin…during the winter. Fun stuff, but apparently, the unusual escape turned into a vacay full of inspiration. He banished himself to a room in the warehouse district to write songs from 9 to 5 each day, but still a few songs short of a full LP. He then turned to producer Chris Walla, who he worked with on the first album, which resulted in finding some inspiration in Mark Robinson’s Flin Flon project. The end product is 12 Desperate Straight Lines, which features his usual pop hooks laced under darker lyrics than his previous lovey-dovey stuff.

“Please Ask for Help” was inspired by listening to The Cure’s Disintegration on repeat, and you can definitively hear it. The guitars and dirty bass lines are what gives it away. It deserves its own repeat actually. With “50 Ways” you can feel the passion, anger, frustration and just about everything else Lerner felt while recording it. Must be why he considered it the most complicated track he’s written to date. Yeah, deep sh*t. Musically, it’s the closet sounding song to Weezer…to me it’s sort of a more upbeat, rock-inspired  “Undone-The Sweater Song.”

“Car Crash” talks about him being so confused in an upbeat way. Not exactly cheerful, but its a nice little “ooooo-o-ooooo” chorus makes it very poppy. It’s funny to hear songs that have downer lyrics, but are so upbeat, but that’s just me.

In fact, this album can actually be considered his “break-up” album given his lyrics deal a lot with hurt, pain, and pretty much say convey the message that he never loved the long-distance person. Umm, guess he never got the message that long-distance relationships never work. Lucky for us, though, is that we get some good tunes from his pain and sorrow. There’s always a light at the end of the tunnel and 12 Desperate Straight Lines is definitely it.

Check out our show review and photo gallery of Telekinesis’ show at the Echo! Click here. 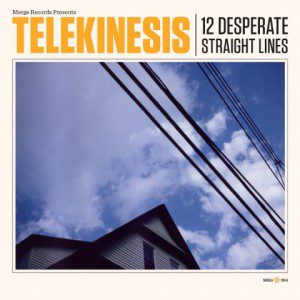