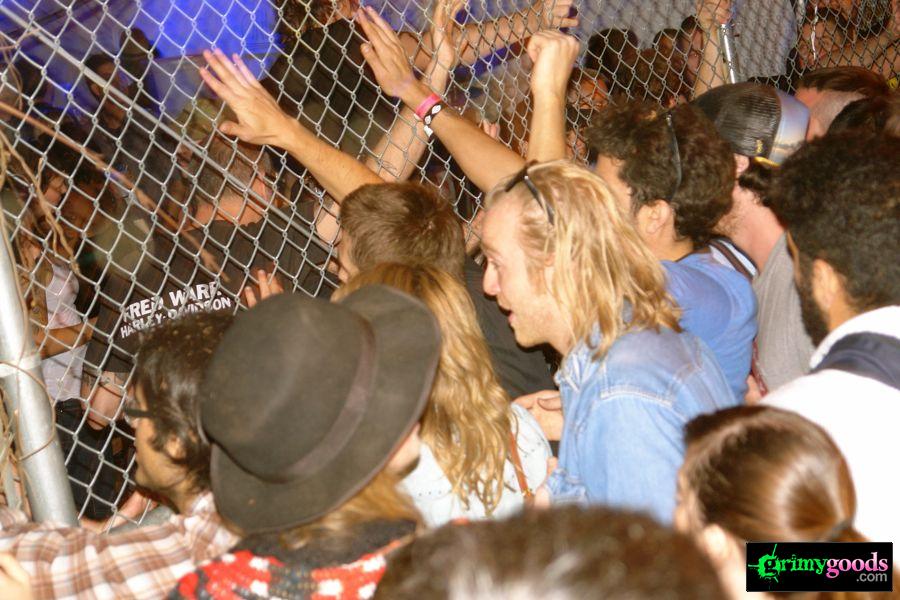 If you haven’t heard the news already, Death From Above 1979 (DFA) played surprise reunion show at SXSW. This was their first show since their break-up in 2006. Unfortunately, the show was held at Beauty Bar which housed about only 200 people. As soon as the masses found out, the Beauty Bar alley entrance was infiltrated by drunk fans ready to rally it up and get in on the thrashing action.

The event was for those with official SXSW badges and wristbands only, but that didn’t stop crazed fans. Security tried to weed out the crowd by announcing they would now only allow attendees with official SXSW badges inside the venue. They blocked off the line with some yellow security tape but that was quickly ripped off. Fans began to make their way into the line and started tearing off all the dried up vines on the chain fence to view DFA 1979. Those nasty vines were flying everywhere, including in my eyes. Sure enough, tearing off the dried vines didn’t suffice for the crowd that was now about  200 deep in a narrow alley. There were no longer any lines as badge holders now knew there was no chance of getting in (and even if there were, the clusterfuck of a crowd had screwed it up for all of us). As soon as one kid started shouting “take the fence down!” the rest followed. With in minutes, fans rushed the fence with hoots and yells as they pounded on the outside. The Beauty Bar security was on the other side protecting attendees who had made it inside the venue. They warned the fans to back off, but of course they didn’t. 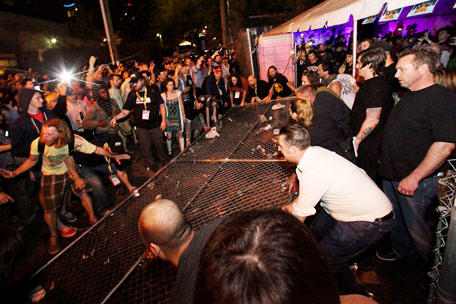 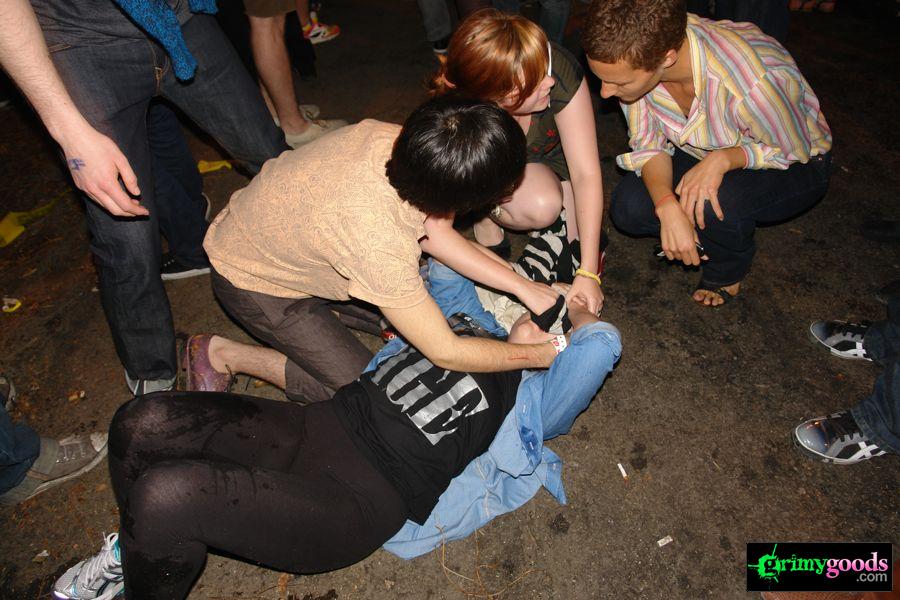 Adrenalin and impatience took the crowd over and they started frantically pulling the fence down. At this time, I backed off. Being in the same scenario some 13 years ago at a rave, I knew what was going to happen next: the fence came down, fans rushed the Beauty Bar patio and came crying back because they were immediately pepper sprayed and tased. It took a while for the Austin P.D. to make their way to the riot, but about 15 minutes later they showed up and trampled their way through the crowd with their big ass horses. A few squad cars showed up too, but by this time I had walked up the alley for some Mars Volta (which also had a mini-riot).

Check out our photo story below of the Death From Above 1979 riot at SXSW. We captured some intense photos from beginning-to-end including topless chicks dancing, rioting, and the pepper spray aftermath which wasn’t pretty. Each photo comes along with a caption of how it all went down, so be sure to click through the gallery. Oh, and there’s videos below too. 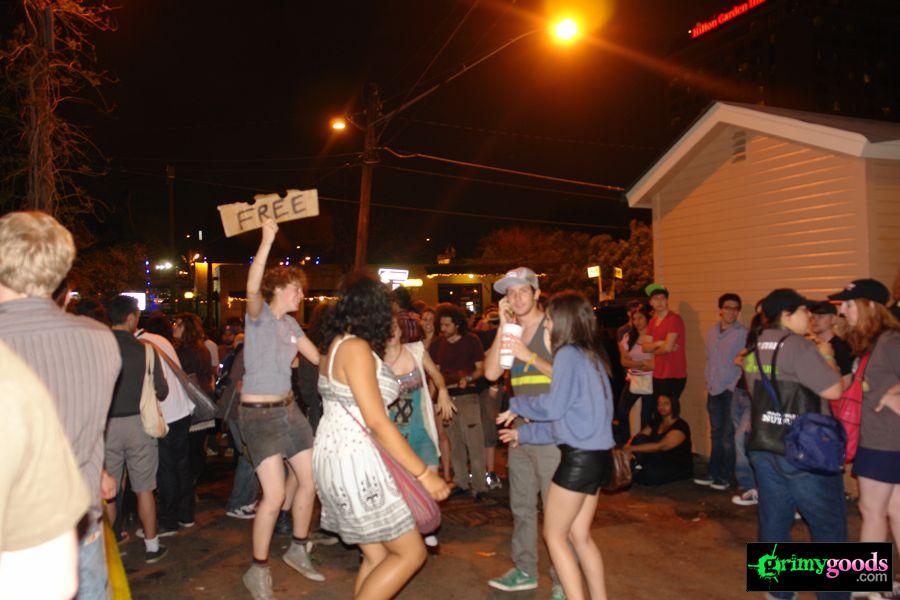 DFA 1979 riot control with the cops (the aftermath).