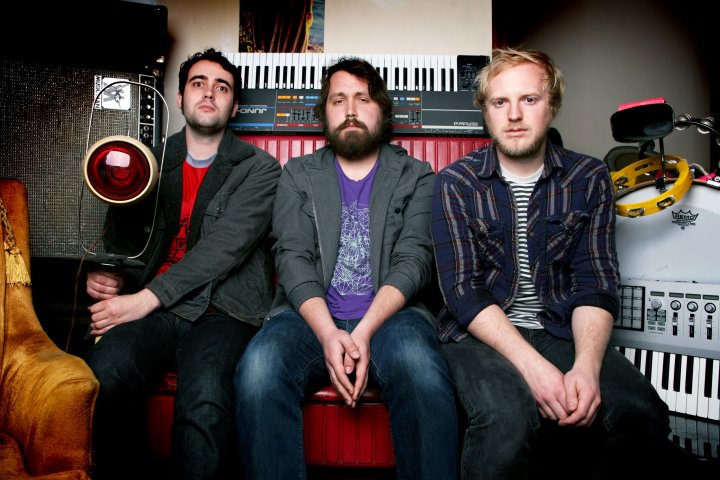 Tagged as “experimental rock,” the Tennessee-based trio Royal Bangs are a bit all over the place with their third album, Flux Outside. But it’s not necessarily a bad thing, since each of the 12 tracks keeps you on your toes since you don’t know what you’re going to get thrown at you.

As three high school friends, frontman Ryan Schaefer, drummer Chris Rusk and guitarist Sam Stratton, the guys have come into their own on Flux Outside, deciding on a variety of genres to call their own, including garage rock, blues, psych, punk, indie, blues, pop and whatever else you can pinpoint once you have a good listen to the entire album. One thing for sure is that most of the songs are very upbeat and filled with enthusiasm, so expect lots of musical elements and powerful vocals blasted at you. And all of them have some insane instrumental intros.

“Grass Helmet” opens up the album with high-strung guitars, fast-paced drums and high-pitched vocals that pretty much feels like rock ‘n’ roll on speed. “Back Then It Was Different” has this massive drum and piano intro that makes your head spin then goes on to include strange electro synths that come weaving in and out like a racing heartbeat. With lyrics dedicated to past desires and melodies that spew hardcore, it’s an unforgettable track.

“Bad News, Strange Luck” has this crazy, psych intro with somber piano keys underneath, which makes you wonder if it’s going to be slower than the rest of the tracks. Then slow-paced vocals chime in and so you figure you’re in for something a bit more melodramatic…Until about half way into the track when everything just starts to get crazy and spazzy with flaring guitar riffs that almost get you dizzy before calming down again.

Halfway through the album, you’re sort of musically exhausted because of all the various elements that are thrown into the songs, you’re not sure your ears can handle the rest. But if you can get through the entire LP, “TV Tree” is a hidden gem if you can get past the bizarre intro with its random instrumentation of electric guitar, heavy bass and hard-hitting drums. Its vocals are actually pretty melodic despite underneath all the hardcore beats.

Royal Bangs are certainly out-of-the-box musicians who like to include a bit of everything into their music, but at times it’s just too much for one to handle. All the intensity can wear you out by the 12th track. But you have to give Royal Bangs credit for opting to be original, which is definitely what Flux Outside is. It just may take some getting used to and some breaks in between songs to fully digest their radical interpretation of rock ‘n’ roll. 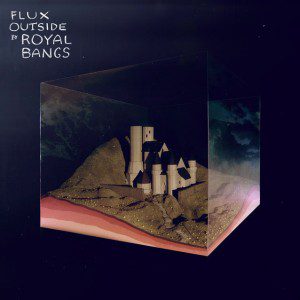