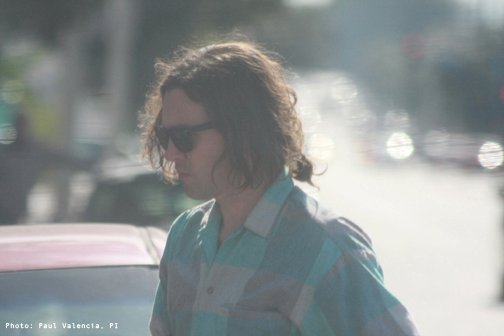 Axl said that’s all we need.

I guess Cass McCombs agrees. His new release Wit’s End is a collection of crafty but mournful guitar pop recalling Elliot Smith or Richard Thompson, even 70s soft rock (albeit a dark, despairing soft rock). However McCombs finds a way to be both melancholy and restrained, never over-emoting, never doing more than he has to, and that measured quality is what makes Wit’s End so appealing.

McCombs’ story is not dissimilar to the artist to which he is compared to the most—Elliot Smith—McCombs has been an semi-itinerant for at least a decade, living in multiple cities (Los Angeles, New York and Baltimore among them), recording for multiple labels and, finally in the last few years, being championed by indie media giant Pitchfork Media, he is singer-songwriter with indie rock appeal. The much blogged about video for Wit’s End’s clear single “County Line” has the junkie beauty of Nan Goldin’s early 80s photo work, blending desperation and pleasure seamlessly and really supports the loss and loneliness of the song it accompanies. “County Line” has such a beautiful melody, it wouldn’t sound out of place on an early 70s Jackson Browne record—or even Beck’s Sea Change.

Wit’s End is undoubtedly a singer-songwriter’s record, but one with few of the trappings of the genre. No sweeping strings or big choruses, just simply played, tastefully accompanied songs of loss and regrets and sung with a monotone sorrow. Tunes like “Saturday’s Song”’s simple piano and rhythm section accompaniment allow the moving melody and vocal performance to subtlety draw the listener closer like a stranger whispering a secret in your ear. But there are also aural surprises: Wit’s End evokes late period Talk Talk records with a breathy, shaky vocal style mixed with non-traditional rock instruments (clarinets, tympanis, double bass), “Memory’s Stain” has a uncharacteristically loud snare drum for just the chorus, which then is gone as soon as it appears.

Wit’s End requires patience, that’s for sure—but its quiet, proud sad music is a victory for fans of folk or indie who still think stillness is the move. 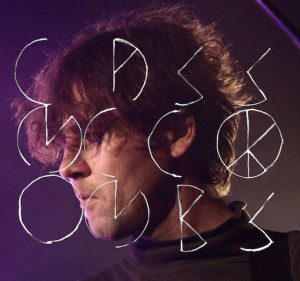