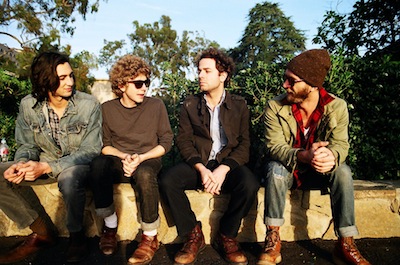 I believe in archetypes in rock n roll.

They are are all around.

There are the early adapters, the sensitive poets, the experimental ground breakers, the self-destructive rebels.  However, one group of rock and rollers has never received the full the credit they deserve — the laid back California folk rocker. Starting with the Byrds, Southern California has been the birthplace of countless country and folk influenced bands. And since the mid-60s, So Cal folk rock has sold more records and effectively voiced the concerns of average rock listener than any kind of music out there.

So this leads us to Dawes’ Nothing is Wrong. I wasn’t particularly sure this album would float my boat and went in with low expectations but this record is a solid collection of laid back, straightforward So Cal rock. Nothing is Wrong starts off with “Time Spent in Los Angeles” — a classic homage to the 70s Jackson Browne style of Troubadour-style folk rock. It starts out with but the key here, as with most of this whole record, the prize in the cereal box is the catchy bit not too sweet chorus. These beautiful, simple melodies grab your brain and won’t let go.  After just two listens, the song was stuck in my head for a week.  Another standout track, “If I Wanted Someone” is part Black Crowes, part Burrito Brothers. Again a great chorus that makes you feel like you’re in a convertible, taking a smooth ride.

Singer Taylor Goldsmith has had a lot of changes go on in the last year and half since their debut  record. He has collaborations with members of Deer Tick and Delta Spirit for a his well received solo project, Middle Brother and worked with the Band’s Robbie Robertson as well as having Jackson Browne himself help on Nothing is Wrong. And this experience shows. In tribute to the great 70s Laurel Canyon sounds Dawes loves so much, the record is mixed with a direct dryness that is pretty rare in records these days. The unfussiness carries over into the playing; everyone is always simple and direct. This really allows Goldsmith and his catchy melodies to shine. Restlessness and non-connection are the themes here, the lyrics aren’t flashy but seem honest and detailed and never get in the way of the hooks.

Dawes’ Nothing is Wrong is a better than solid rock record with great songs and classic production and there is nothing wrong with that. 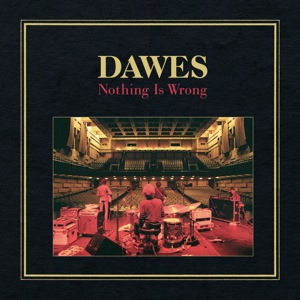 One thought on “Dawes “Nothing is Wrong” – Album Review”