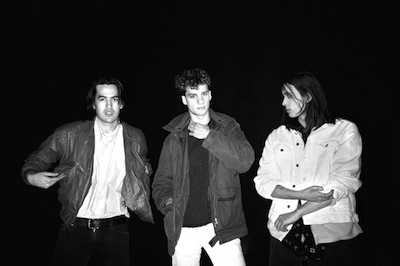 After playing over 140 shows in support of their 2012 release, Dye it Blonde, Smith Westerns have been hard at work in Chicago creating their  third LP, Soft Will. The highly anticipated album will be released June 11 via Mom+Pop. To celebrate the album’s arrival, Smith Westerns have shared their new single titled “Varsity.” It’s the final song written and appears last on the album’s track list. “Varsity” will be released as a limited 7” on May 14 via Mom+Pop. You can listen the the breezy number below.

Smith Western will be playing Coachella this year and also have a Los Angeles date at the Echo on April 16. You can purchase your tickets here.