Har Mar Superstar and Josh Tillman shared the stage at the Satellite last night for a very packed show. Although the two performers share the same last name, they are not related, but they both sure did put on one hell-of-an-entertaining performance.

Per usual, Josh Tillman — aka J. Tillman — aka Father John Misty – aka Fleet Foxes’ drummer, put on a most engaging performance. Right from the jump, he had the ladies swooning with one of the latest Father John Misty songz,  “I Love You, Honey Bear.” Basically every girl in the room was imagining those tender “oooooh, ooooohs” were directed towards them (including this writer, watch the Vine clip here.) Only Josh can make such raw, real, and at times vulgar words seem endlessly beautiful. The man’s charm is undeniable, and it’s especially intensified by his quirky, honest, and I-don’t-give-a-fuck-attitude — take me as I am.

While playing lesser known J. Tillman songs “that will probably never make it on a record,” Josh also performed a nice selection of Father John Misty tracks such as “Every Man Needs a Companion,” “Hollywood Forever Cemetery Sings” and “I’m Writing A Novel.” There was no backing band, although he playfully turned around and talked to the non-existent band. It was just pure Josh Tillman in his raw form and an acoustic guitar.

Directly proceeding Josh Tillman, was yet another familiar Los Angeles Tillman, Har Mar Superstar. Taking the stage in a vibrant hooded dashiki, Har Mar had the packed dance floor clapping, singing and shaking their hips to his sexy-fun tunes. Apparently that “hooded” dashiki was detachable because he whipped that thing off his head as though it was nobody’s business as the funky dashiki remained. As he proceeded to peel his fashion layers, it was all swanky business once the dashiki came off. Har Mar has some endless and comical stage energy, and he was all over the place. Check out the vine clip here. The moment he played “Girls Only,” all the girls proudly perked up and came out of their shells as they felt this song was just for them. The dance party did not end there.

Check out the photos of Har Mar Superstar and Josh Tillman below! Click through the photo gallery below for more photos of Har Mar Superstar and Josh Tillman at the Satellite! 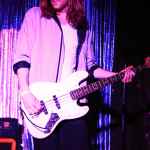 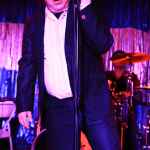 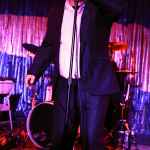 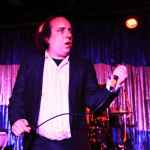 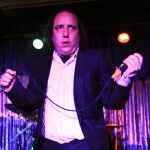 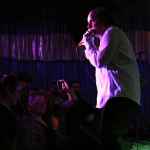 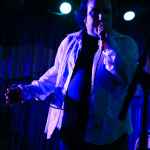