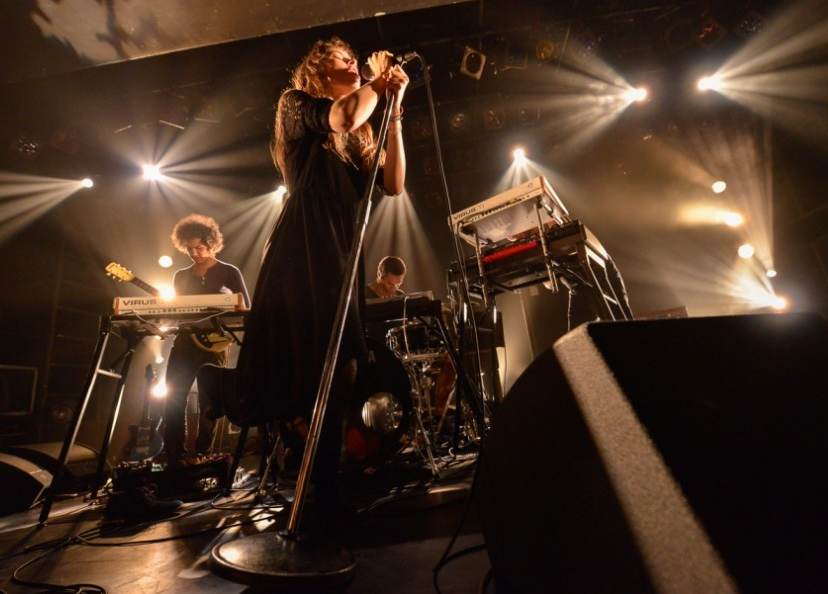 Do you like it when hot chicks and super-fun, talented musicians make albums about your inner-most personal thoughts (even the ones you’ve never really admitted to having, not even to your therapist, for fear that they would report you to a higher authority)? Bosnian Rainbows’ debut album (of the same name) will make you wish you were in a field, surrounded by some spiritual sticks and stones set-up, staring at open sky, holding a pretty girl’s hand and thinking about — nothing at all, really. Bosnian Rainbows features Nicci Kasper, Deantoni Parks and Omar Rodriguez (yes, of The Mars Volta – those dudes) and the kill-you-with-the-beauty-of-my-screams front woman Teri Gender Bender (the lady leader of Guadalajara punks, Le Butcherettes). Are you drooling? If I were you I would probably be drooling right now.

Sounds like: If Karen O had some sort of ecclesiastical spiritual awakening and moved to Montana and got a good haircut and started painting and pontificating and writing poetry in the midst of some really beautiful scenery. Or if that rad chick from Four Non-Blondes had an illegitimate daughter that got a hold of a good batch, a garage, various synth instruments, some lemonade, and a some weird, super cool friendship crew that kind of speak English/ kind of don’t – so they’re mixed up on the direction of the project, but what comes out is kind of, like…genius?

Why We Like Bosnian Rainbows: You know when you wake up from a really great dream, and you’re kind of sad because it wasn’t real, but you’re really happy because you had that rad dream, and you now know your mind isn’t just about torturing you and making you think about everything/everyone you’ve done wrong? It’s like that. This is the kind of shit that gives you hope in the evolution of music and people. You get some sort of sparkly iridescent future-hope, and the next time you go to sleep, you can drift off feeling safe and not scared you’ll have a nightmare, because even if you do, you know there’s more to life and to you than just depressing scary bad stuff.

Best Songs: Umm…I didn’t think opening track “Eli” was that good at first and I was like, “oh no this album is going to be ‘zzzzzz’” but now even listening to that intro song makes me smile. “Dig Right in Me” struck me as pretty perfect at first listen, I guess. “I Cry For You” is pretty dark/wicked/wretched/wonderful. “Morning Sickness” has a really nice poolside kind of feel to it. “Turtle Neck” goes out to the broken-hearted. I like all these god damned songs.

Upcoming L.A. Show Dates: They play First Unitarian Church in L.A. on June 25 which is also the release date of their album so let’s all go and fucking party, ok? GRAB TICKETS HERE!

Interesting Tidbit: I’ll let you do your own research as to what Teri Gender Bender has gotten into. They had to cancel at Fun Fun Fun Fest in Austin last fall because their van broke down, then they fixed it, then they found out another band canceled, jumped into their spot and just went ahead and played anyway.

Bosnian Rainbows’ entire debut album is now streaming at NPR. Click here to give it a spin. 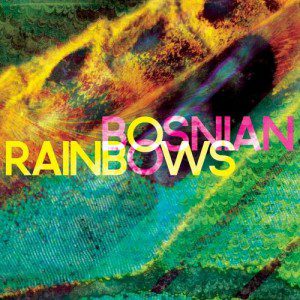