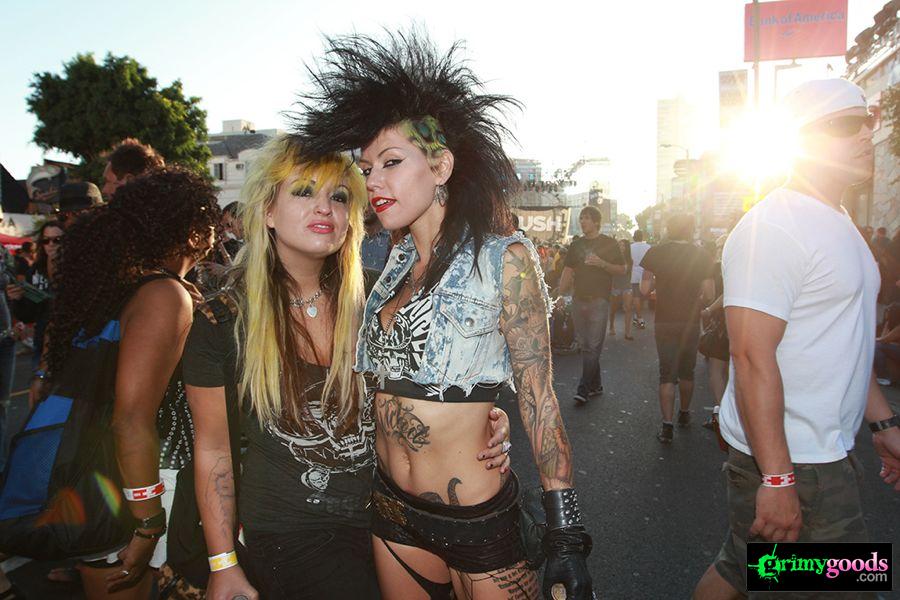 For the past decade, tattoos have become a fashion accessory, something that is totally trendy and no longer underground or taboo. Shit, even the guy at my local Ralph’s is tatted up to his neck. Back in the 90s, you could never get a job in front-end customer service with visible ink. As Bob Dylan sang, “the times they are a changin’.

While most girls tatt up their bodies because it’s “cool” or “fashionable” and want to come off edgy, there are a rare few that don’t fall in this category. They are the babes that have been doing it for quite some time now as part of their lifestyle, culture and who they truly are; not because of a popular trend. They were doing it when it was looked upon as taboo and when no other girls were tatted. They were probably the only chicks with tattoos in high school, and their skin now reveals a history; and not just of the changing styles of ink (remember when tribal was cool?).

Trendy or not, this tattooed babe above is hot, and we know she doesn’t do it to fit the millennial tattooed status quo like just about every poser in L.A. #JustSaying

5 thoughts on “Hot vs Not: Tattooed Punk Girls”