If you weren’t at the Echo this past Thursday, you let a really great show pass you by. Hot off the spurs of their new record, Blur The Line, our Nashville favorites, Those Darlins headlined the Echo. With a new album, and a new line-up (we lost one female Darlin in exchange for a dude since we last caught them live) the once wild, almost feral Those Darlins have toned it down quite a bit. Not only is their new album lyrically mature, you won’t find songs about “Snaggle Tooth Mama” or about getting “drunk and eating a chicken,” but you will find some rich new tunes that are less comical and more serious. Don’t worry though, Nikki is still sexy as ever with her intoxicating stage presence and badass guitar vixen appeal — and lil Jessi is still a firecracker with those crazy eyes that get deep inside your rock ‘n’ roll soul.

Those Darlins performed a lot of their new album as well as some classics such as “Screws Get Loose” and “Be Your Bro.” As one of their closers, “Be Your Bro” had dudes going buck wild in the pit and crowd surfing. I guess the boys really wanted to please Those Darlins and show just how badly they wanna be their bros. As for songs from their new album, Blur The Line, they definitely weren’t as high energy as their past live shows, but they were just as captivating. I loved the thick country drawl of “Ain’t Afraid,” Jessi had some blistering stares and got the crowd stomping their feet as the song sped up towards the end. On a more downtempo vibe, “Oh God” was absolutely lovely live. Too bad some annoying chicks behind me were chatting far too loud for me to fully get lost in the personal words and sweet harmonies of this ballad. Keeping that babely rock ‘n’ roll vibe, “In The Wilderness” is a Joan Jett-esque number that Nikki takes the lead on and she does it damn well. It’s provocative and has some fierce riffs.

While Those Darlins did a stellar job as the headlining act, Diane Coffee was a more than pleasant surprise for fans that had never heard of the new band.  Diane Coffee is the new solo project of Foxygen drummer, Shaun Fleming — and let me tell you — this shit is off-the-hook-amazing. Blending a Motown style of soul, with some backwoods revival, and hazy psychedelic rock vibes — Diane Coffee had the crowd moving and grooving to their thunderous soul vibes. Who knew that a big ole soul sister was hiding deep inside the bowels of a lanky white boy. You go, Shaun Fleming!

To be honest, each song Diane Coffee performed was a captivating number. It was the kind of performance where you were thrilled to hear what song the band would play next; no interest was lost in this set, none at all. All eyes were on Shaun (and his very hot bass player). The boy has so much stage presence that you just want to get up there and dance with him. A few songs that really stood out live were “Hymn” and “WWWoman.” I had mentioned both songs in my album review of Diane Coffee’s debut record, My Friend Fish, and it was nice to see these striking numbers performed live with the same power and emotion as portrayed on the album.

Shaun Fleming is a great drummer, but he belongs in the forefront as Diane Coffee. The boy tears shit up with nothing but soul as his weapon of choice.

Check out our photos below of Those Darlins and Diane Coffee at the Echo!

For more photos of Those Darlins and Diane Coffee, click through the photo gallery below! 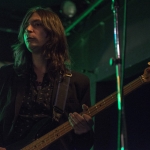 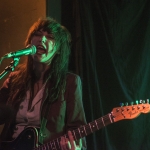 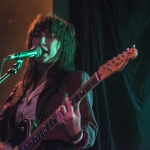 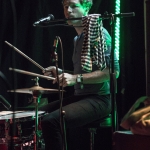 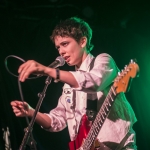 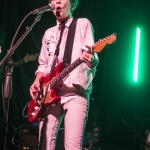 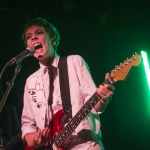 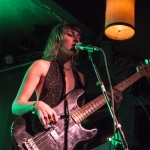 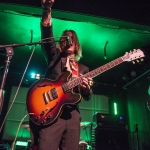 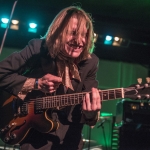 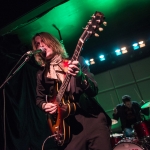 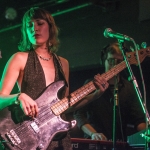 One thought on “Check Out Photos of Those Darlins and Diane Coffee at the Echo!”