Lolipop Records is coming of age. Their march on the music scene with their underage army of un-aspiring hipsters is a blitzkrieg of nostalgic garage rock. Cavalries of teens and others, in the know, descended upon Echo Park this past Saturday and into Mitchell Frank’s complex of venues to be a part of Lolipalooza: A showcase of the seemingly endless parade of bands that are exploding, not just out of Loli and Los Angeles but out of all parts of California. The gentrification in Los Angeles and Echo Park that has forced young artists to move just north and east of Hollywood has made the Echo / Echoplex and now, Lolipop Records, the perfect, self contained incubator for young, local artists and talented transplants, looking for a place to land.

As I walked up the driveway to the Echoplex, I could hear someone practicing their guitar in the neighboring building that Lolipop Records lives in. Suddenly, the smell of nervy adolescence emanated all around me and it hit me that for many of these young bands, this might be the biggest day of their lives.

As I mournfully realized that I missed Girl Tears set by about 5 minutes, I walked directly to the makeshift outdoor stage that was set up between the Echo and the Echoplex. The Groms were energetically mid set and were playing a song that was practically, note-for-note, a “tribute” to the song “Wipe Out” by The Ventures. Nostalgia all around. I looked toward the back of the patio and I spied Lee Rickard from Burger Records in a common posture, squeezed between a set of turntables and a crate of vinyl. I went over to say what’s up and asked him what he thought about Loli.

“They’ve stolen every idea we’ve ever had but they are family and we love them”, he said in a joking, not joking kind of way. This is a common thread in what I like to call, “The New Music Industry”. The bands, label and some venues share all the profits, responsibilities and most importantly, fun. No stuffy suits in sight anywhere on this Saturday at the Echo. It was a real community.

Dirt Dress was about to go on at the Echoplex. I made the transition from the outdoor stage and into the Echoplex which felt a bit like a dungeon after being outside on such a beautiful day. It turned out to be the perfect setting for Dirt Dress and their mix of gothic/new wave. I became thoroughly engrossed in their water tight set which was moisture resistant to everything but the tears of teen angst. They conjured visions of Joy Division and Bauhaus. The bridge of one of their songs paid homage to “A Forest” by the Cure; nostalgia everywhere. 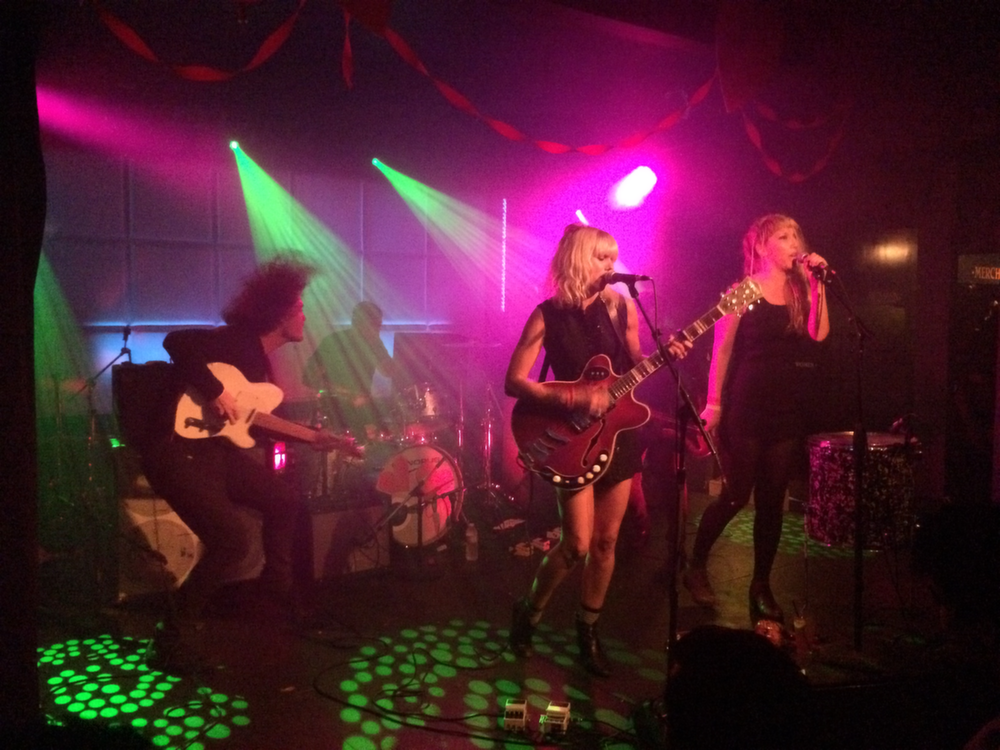 I then made my way up to the Echo for the first time that day to see Burning Palms who were by FAR, so far, the most original and interesting band of the day. They were not without their own nostalgia but theirs was more akin to a medium in mid ritual, channeling spirits from another time and dimension. Simone Stopford and her band of mystics blew me away. The vocal combination of her and Julia DeConcini is like a haunting collaboration between Siouxsie Sioux and Bananarama. The way DeConcini approaches her vocals while beating her drum and staring into the distance was like watching her recall a trance from a past life. Completely locked in and out of body at the same time. I was truly impressed.

All of the bands on Lolipop are pretty good which is difficult enough of an achievement. Some other GREAT bands that I saw that day on the way to the headlining portion were Corners, Los Craters, So Many Wizards, Adult Books, Tropical Popsicle, Froth, Lovely Bad Things and Mystic Braves . All of these bands are also rich with nostalgia that reminded me of past trips on LSD which started under a blanket at the beach and ended in a garage with a guitar in my hand. 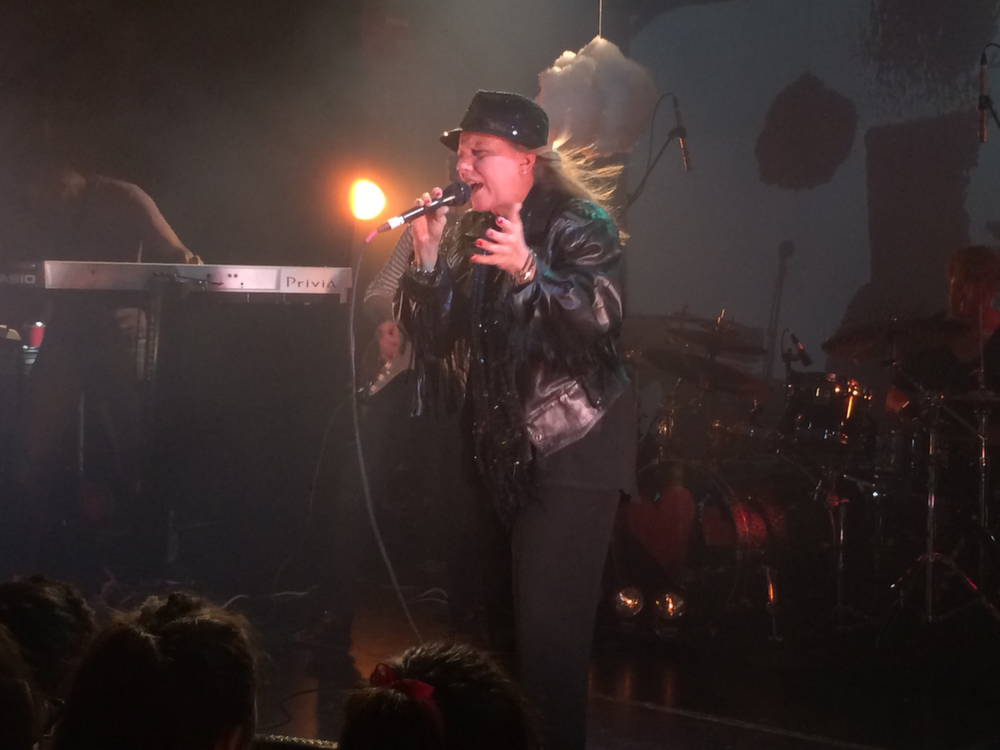 Speaking of nostalgia, Dale Bozzio and Missing Persons were on this bill. I had a HUGE and unrealistic curiosity to see whether or not Terry Bozzio would be on drums. Prior to the show, I started revisiting her work with Frank Zappa and Missing Persons. Looking at old pictures of her online I recalled being completely hypnotized by her as an 8-year-old. She inspired some of the first such feelings in me as a lad.  Dale came out to start the set dressed like she was getting ready to navigate a never ending field of paparazzi. Sunglasses, hat, zipped up, black leather jacket and a bit of nervous energy as she walked on stage with her purse, finally setting it down a few seconds before the set started. Her banter with the young audience was gracious even though you could hear her getting angry with members of her band, muffled in the background, off mic. With each completed song she seemed to get looser and by the time they finished playing “Words”, the sunglasses were off, the jacket was unzipped and she finally realized what words were for. Her voice was flawless, her high pitched squeaks were perfect and the band was tight. She began to talk to her young audience and addressed the mandate I had for her in my mind which was to make mention and pay homage to Frank Zappa and family. She was happy. We were happy. 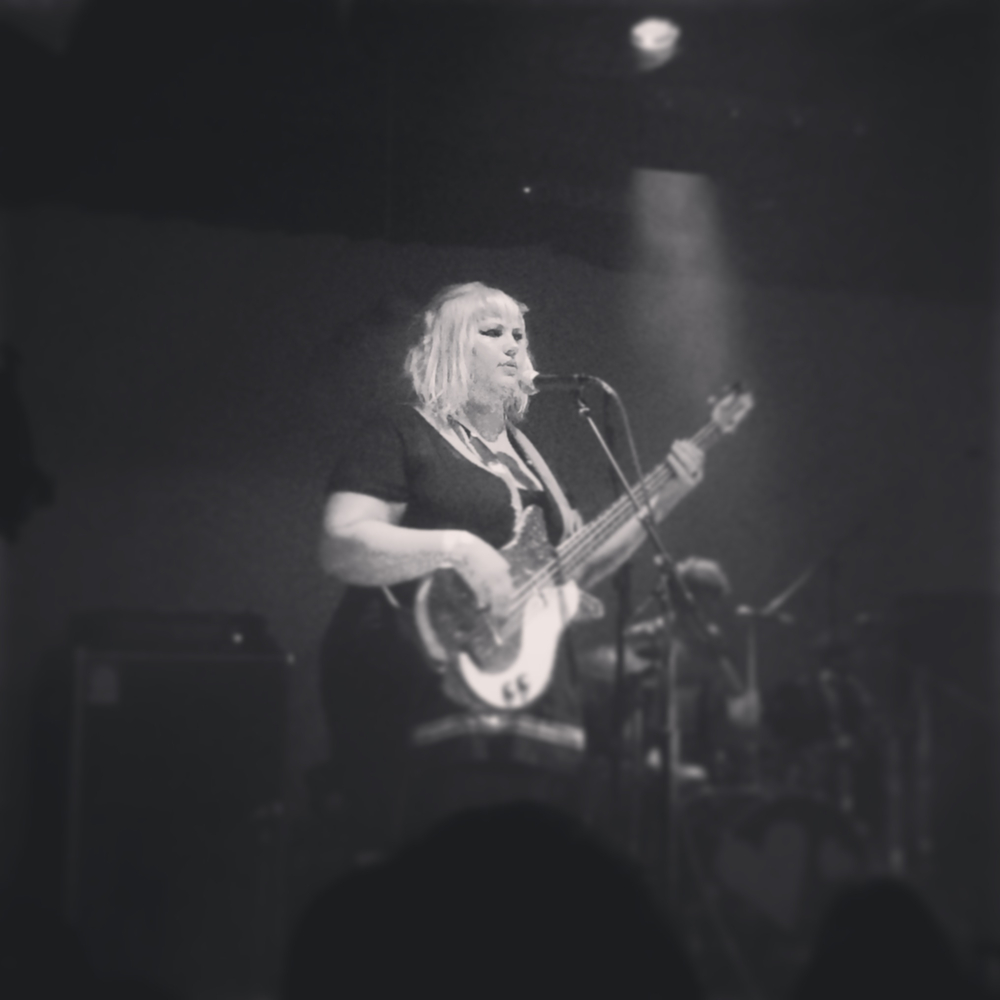 Now it was time for Shannon and The Clams. Everyone was ready for this rare type of band that is actually better live than they are even on their perfect analog recordings. And talk about nostalgia. When I listen to their music I see visions of bee hive hairdo’s, cholo’s hittin switches on their Buick Regals and John Waters masturbating in a public bathroom. The Loli-sock-hop was in full swing and The Clams DESTROYED the Echoplex. Peaceful kids were allowed to prance and dance on stage before diving safely and softly back into the audience. All were welcome except for clueless hipsters who climbed on stage to take selfies with the band, only to be shoved back into the audience by Shannon Shaw who diplomatically and sarcastically explained that it was “not in their best interest” to be in their selfies. Great musicians, great song writers and great performers. Period.

The words “special guests” are always conspicuous. The secret, which, once entering the venue at the beginning of the day, was NOT a tightly held secret. Seeing John Dwyer at the bar and Thee Oh Sees name on the Lolipalooza shirts at the merch table, gave us all a sense of excitement and ruled out notions of leaving after Shannon and The Clams finished playing. Personally, I was fucking pumped. I missed all the recent L.A. shows and had yet to see them play as a three piece, which I had mixed emotions about. Once I heard that washed out, reverberated, slap back guitar tone, there was no doubt that this was still the Thee Oh Sees that I loved. It also made me realize that most of the great young bands, with their nostalgic sound — some of whom might not have ever even heard the Cramps or Carl Perkins and their guitar tones — HAVE heard Thee Oh Sees: the, “new, old influence”. John Dwyer is an underrated guitarist and a master of song writing and I couldn’t think of a better way to close out this amazing show.

So if it’s nostalgia that writes these songs and crafts the guitar tones of these young kids, it’s certainly not from a time in which they were alive. What is inspiring this generation to pick up guitars and get together to play music with their friends in the age of EDM? Rock music is barely even on the radar of mainstream America, anymore. What is the catalyst of success for labels like Lolipop and Burger who have a business model, armed with a box of cassette tapes, that would make 90’s record executives laugh them out of the room? Maybe the nostalgia, for lack of a better word, is to exist in a time when music and people were more authentic.

This is Lolipalooza: a rare experience that, to my delight, is becoming more common. Let’s enjoy Lolipop Records and others like it until some corpo fatcat makes them an offer they can’t refuse. When that happens, you can be sure of one thing: there will be a young, new movement to come along and brush away the phoniness to provide the youth of the world with something real, as there always is. Thank god. 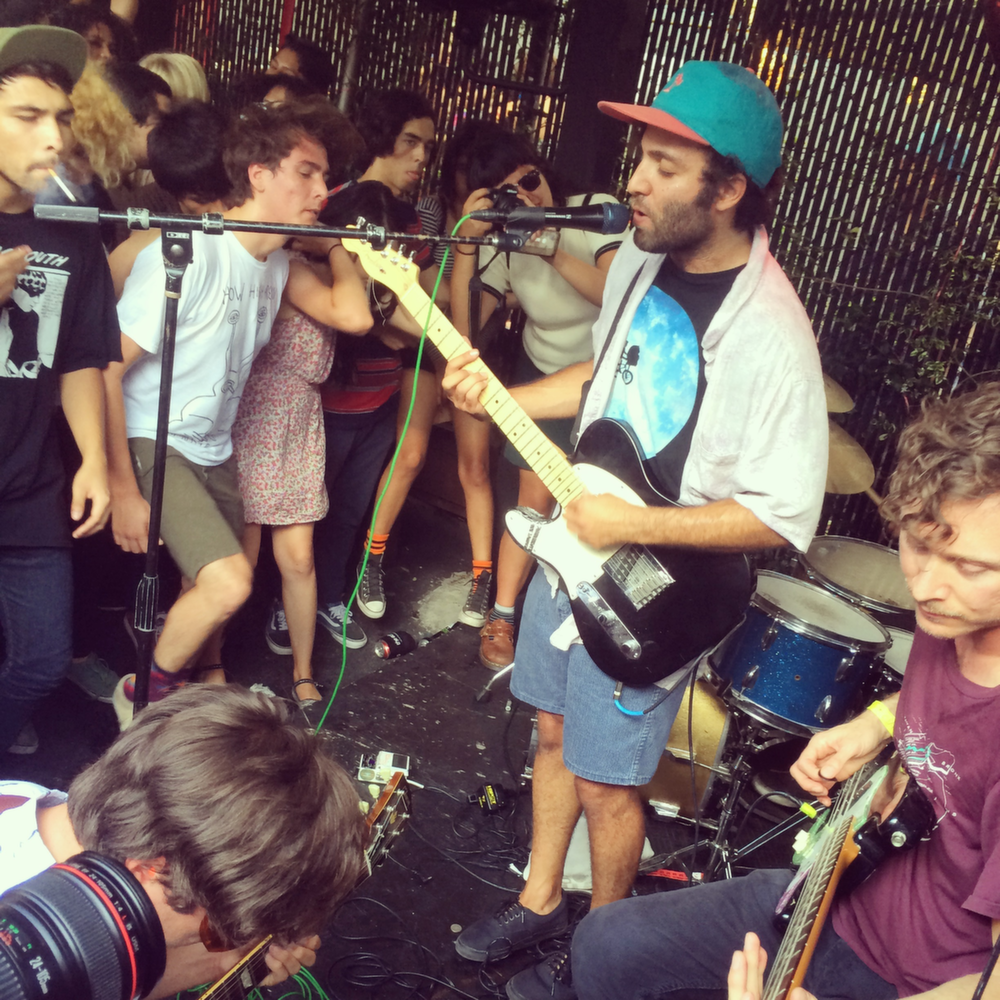 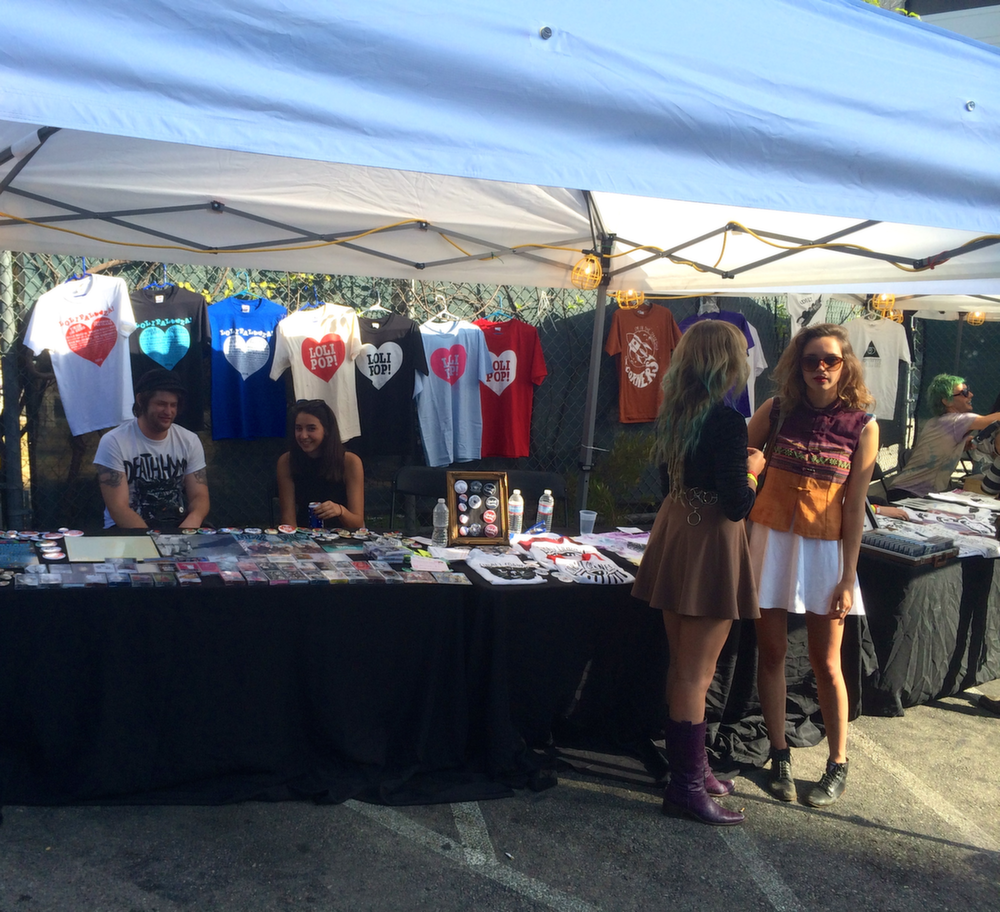 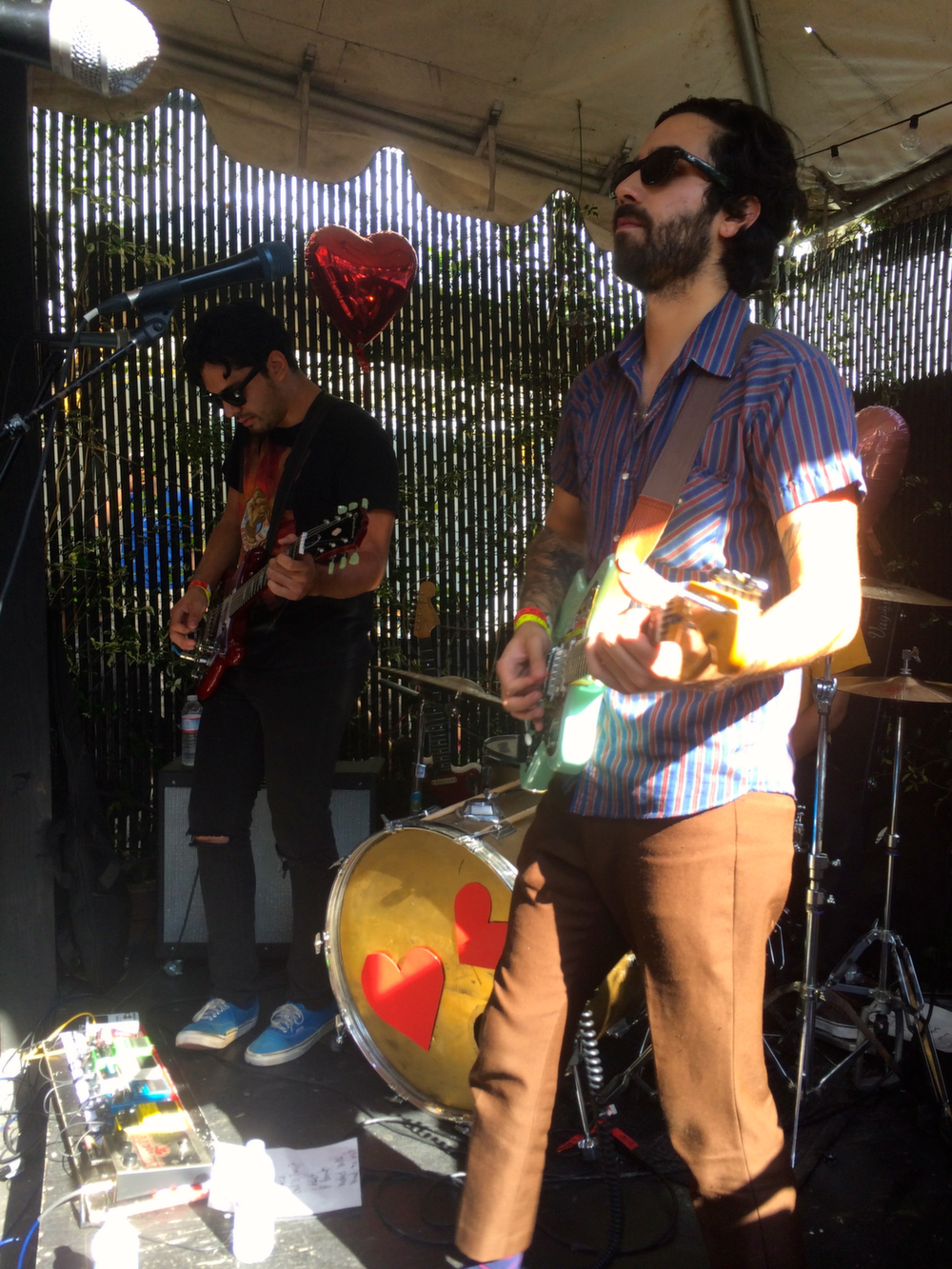 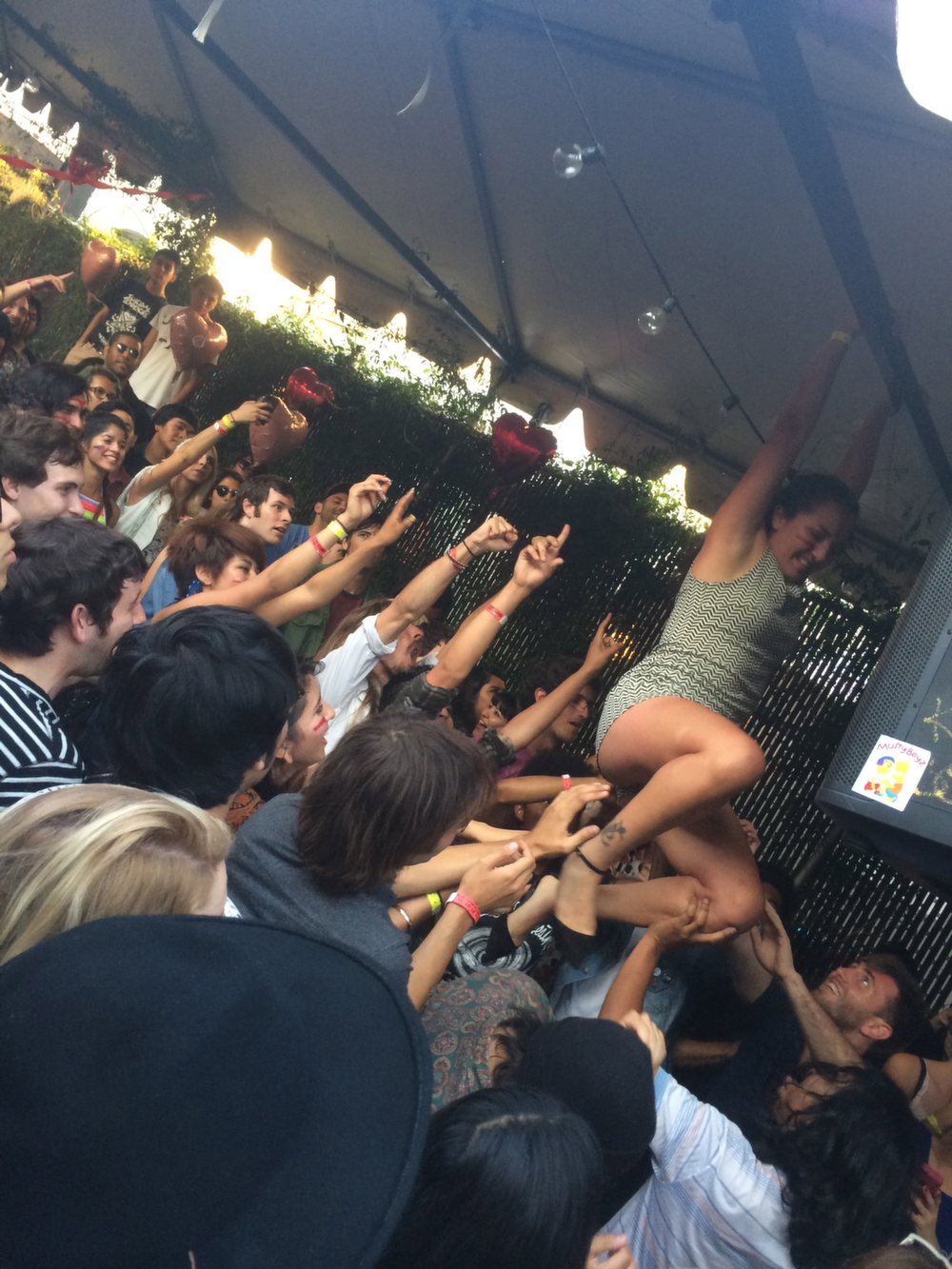