The French band, La Femme are like a rip in a beautiful woman’s stocking. There are signs of a struggle, but there is no concern for her well-being because you understand that it was a consensual act between two lovers. They are musical mutts that are howling in a cage at the pedigree in the dog pound. They are a hand on the throat that gets tighter as you climb closer to climax.

La Femme are a band in the strictest sense of the word and that band played The Echoplex this past Thursday, Oct. 23. While the eyes focus on the sometimes brooding but often playful Clémence Quélennec; and the always energetic and sometimes competitive Marlon Magnée; co- founder and guitarist Sacha Got wields an incredible amount of sonic influence, as well, as he rakes his guitar strings in succession to envelop the space with a washed out, twangy chord. The dude also plays a mean theremin.  He had what seemed like an epic theremin solo that was unfortunately a bit lost in the mix. There are no “ex members” in La Femme yet but there was a conspicuous void left by the absence of Clara Luciani, Jane Peynot and Marilou Cholle. La Femme filled that void with competence, confidence and romance. Their music, while completely modern in that it is influenced by that common, retro sound of surf and psych, also has a huge foothold in driving analog synth and traditional bass lines. With all their diverse influences, one can still hear the hints of that traditional French accordion, wooing lovers on the streets of Paris, in the licks played by Magnee across his keys.

Magnee has a dominant presence on stage and when he’s surfing through the crowd. As he scanned the audience, one could see that stereotypical look of French contempt and lust as he and the rest of the band willed that L.A. audience to let go of its inhibitions. He must’ve threatened at least four times that they were about to play their last song and repeatedly, it was not. Undoubtedly, a warning to the audience who’s bodies were on time but who’s energy was fashionably late. The moments when Quélennec would step away from her keyboard and start to jig and twist and prance on stage were glorious. The combination of her sweet, sultry voice coupled with the commanding, sometimes punk, sometimes hip hop vocals of Magnee is a winning combination. The battery and rhythm section of bass player Sam Lefevre, drummer Noé Delmas and Lucas Nunez can garnish respect from punkers and ravers alike. This is a great band that accepted the challenge to turn our head bobbing into crowd surfing and dancing, and wouldn’t leave the stage until that mission had been completed successfully.

Opening up for La Femme at the Echoplex were L.A.’s Drinking Flowers and Sego: two great bands we’ve covered before.

Check out our photos of La Femme at the Echoplex with Drinking Flowers and Sego! 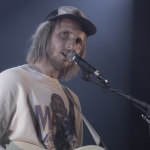 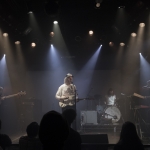 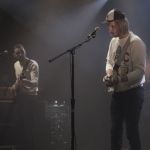 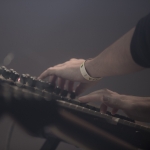 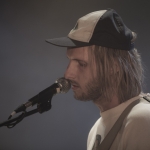 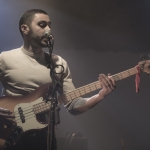 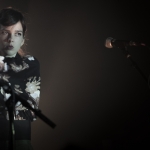 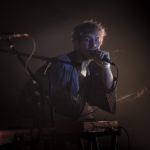 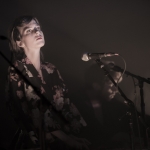 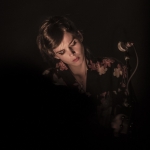 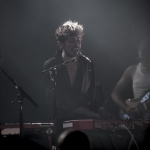 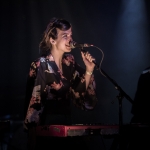 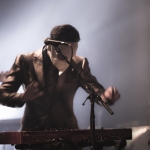 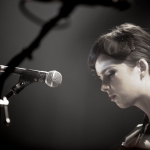 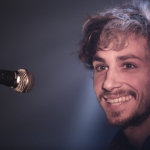 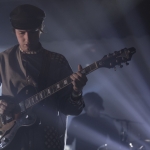 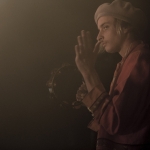 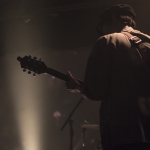 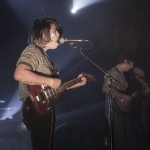 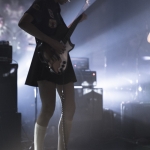 Photos: Sego opening up for Perfect Pussy and Potty Mouth at the Echo

One thought on “La Femme at Echoplex: a rip in a stocking and a hand on the throat”