A lot of people in Los Angeles use concerts as location for dates. Not a bad idea, generally. But oftentimes, people get lost in their own conversations and forget that others paid to see a show that night and cause an interruption with their chatter.

Burgeoning singer-songwriter Angel Olsen captivated MOST of the crowd for nearly the duration of her set at the El Rey Theatre this past Thursday night, as you could hear a pin drop during the many quieter moments of her performance. Unfortunately, the back part of the audience near the bar was full of chatterboxes that would not keep their mouths shut, taking the joy out of some of the quieter parts of the performance.

Olsen — who the night before played a splendid but short solo set at Cinefamily — was accompanied by a full band on this occasion. Once again, however, it was Olsen’s unique and timeless vocals, along with her awkwardly cute between – song banter, that starred at the forefront.

Olsen could be found smiling early and often — despite the lyrical content of her songs being quite deep and profoundly melancholy. Olsen was looking quite beautiful in a shiny black dress and I couldn’t help but think she looked a bit like a young but brunette Charlize Theron. No doubt, she’s broken a few hearts in her time, but her songwriting would suggest she’s been on the receiving end her fair share as well.

“I love your dress!” shouted a female admirer during a break between songs. “Thank you, sweetheart!” Olsen gushed back.

Olsen got things started quickly with “Hi-Five”, a quite nifty track that had people stunned in silence. Olsen’s vocals chart lots of territory and she was on point for the entirety of her set. The night before, she remarked she wasn’t feeling too great, but she definitely wasn’t feeling any lingering effects on this night.

Olsen’s sound instantly made me think she would have fit in with the rock n roll crowd of the 1960s — most obviously when she covered the Jackie DeShannon song “When You Walk in the Room” late in her performance. It seriously sounded as though it was plucked right from the radio from that time period.

Olsen played through most of her 2014 album Burn Your Fire for No Witness, and it became even more clear why it’s among the better albums put out during the year. Olsen uses silence as good as anyone — sometimes stopping a song in its tracks just to heighten the weight of the next words that follow. During these times, people were mostly respectful in remaining quiet, but that could’ve been because they were too busy picking their jaws off the floor. The other assholes at the back of the venue were probably too busy getting drunk and chatting away to fully appreciate what they were witness to.

Angel Olsen will likely ride the wave of 2014 well into next year. Don’t be shocked if she’s on many must-see at Coachella lists come March and April. Those people that were talking throughout her set better not claim to have witnessed her performance for cool points when this happens. 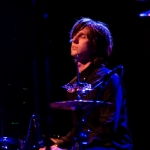 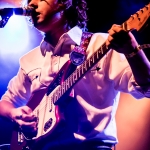 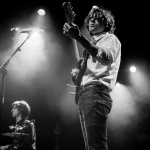 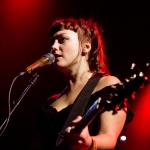 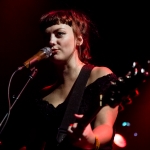 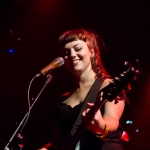 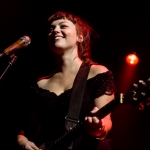 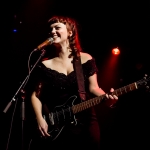 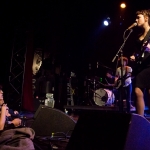 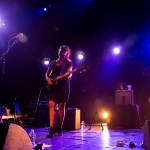