It’s not often you can go to a show that features seven well-known acts, get in the doors at 6PM and be home and in bed before midnight on a work night.

At ALT 98.7‘s Altimate Rooftop Christmas Party at the W Hotel Hollywood, lucky attendees were treated to just that kind of experience. An exceptionally well-run event that featured performances by Bush, Banks, Cold War Kids, Glass Animals, Robert DeLong, The Neighbourhood, and a headlining performance by Fitz and The Tantrums.  The event worked so seamlessly because it had alternating stages, giving you only about five minutes to catch your breath and munch on free appetizers before walking to the other side of the roof.

Cold War Kids kicked things off with a 20-minute set, sounding oh so good with a dialed-down performance. That seemed to be the theme of the night as many of the acts involved played a more laid back and bare-bonesed set.

Glass Animals vocalist and guitarist Dave Bayley made note of this in their performance near the rooftop pool, saying they wanted to do something more special and played with just a guitar, bass, keyboardist, and drummer — leaving out the synth. Bayley also made a joke about how it was the dodgiest stage they’d played on, setup on a tarp-like thing right in front of the pool. Glass Animals showed how fast they’ve risen as a large percentage of people were singing the chorus to their set-closer “Gooey.”

Robert DeLong had the highest-energy of the opening sets, playing 30 minutes of his signature one-man show. DeLong is more than a DJ, he incorporates drumming and actually loops a lot of his stuff live rather than just playing a track. DeLong got things started quickly with “Religious Views” and had the dance floor pretty into what he was dealing.

One performance more than any that left you wanting more came from L.A.’s own BANKS. Her sultry performance was accompanied by an acoustic guitar and she had people holding their collective breath through performances of “Brain” and “Beggin’ for Thread,” a song she credits hearing for the first time on the radio to ALT 98.7. The only downside to her set other than the brevity of being 20 minutes were the douchebags having loud conversations nearby that didn’t understand what it was they were missing out on.

BANKS featured on Grimy Goods’ Forecast of 2014 L.A. Artists On The Rise

Newbury Park’s The Neighbourhood‘s performance was anything but laid back as they rocked the indoor portion of the rooftop with their seven-song set. “Sweater Weather” seemed a perfect fit considering it being one of the few nights in L.A. that a sweater makes sense as more than just a fashion choice. I’m pretty sure the ground shook from the collective swooning from the gals in the crowd over singer Jesse Rutherford’s sleeveless tee that showcased his various tattoos. The band had great charisma and you could tell they were enjoying themselves — I caught a glimpse of bassist Mikey Margott and drummer Brandon Fried exchanging smiles and a “WTF how did we get here?” moment.

Watch the Neighbourhoood Raise the Roof with Foals at the El Rey Theatre!

’90s rockers Bush were easily one of the more anticipated acts of the night and lead singer Gavin Rossdale kept the swoon going — perhaps from more than just the ladies this time. Rossdale fashioned an acoustic guitar for this bare-bones performance and the set was bookended by songs “Little Things” and “Comedown” from their highly-touted Sixteen Stone album that is celebrating its 20th anniversary. Rossdale threw in one of his solo hits “Love Remains the Same,” a song you undoubtedly heard in a commercial for one teen romance film or another. A cover of Pink Floyd’s “Breathe” was unexpected and very much welcome, making their 30-minute performance quite memorable.

Fitz and The Tantrums served well as the night’s headliners, playing nearly a full hour to close things out by 11 PM. You can’t help but dance when these guys are on stage — and I can see why they were chosen to headline a show on New Year’s Eve this year in Long Beach. Though just two albums into their run, they’ve got quite a number of memorable hits and they didn’t struggle to play most of them. “Don’t Gotta Work It Out” was the Fitz song that first drew me to them and to their set at a festival a few years ago, and they followed it with “Break the Walls,” one of the hits from their more recent release. Midway through they played The Eurythmics’ “Sweet Dreams (Are Made of This),” a song they more than do justice to.

One song I’ve heard as often as any on ALT 98.7 the past few months is Fitz’s “Fool’s Gold,” and it was obvious many people in the crowd were waiting anxiously for them to get to it. They did just that in the latter part of their set and a good share of people were singing along to every word. They finished things up on a high note with “The Walker” and people were visually exhausted from a night of awesome live music that didn’t require much foot traffic — something I’d love to see more of in the future.

ALT 98.7 did a great job bringing together a number of Los Angeles’ best acts, while also throwing in a couple of European acts in Bush and Glass Animals who have a lot of allegiance to L.A. radio for getting them started. For many, it was a perfect way to cap an awesome year in the SoCal music scene before buckling down for the holidays. 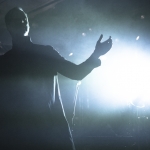 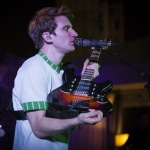 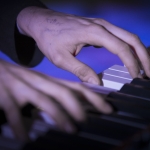 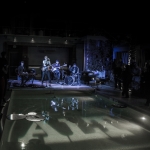 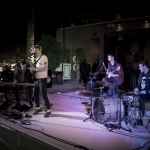 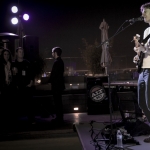 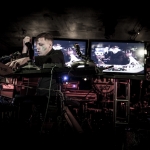 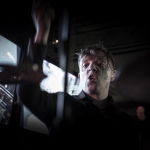 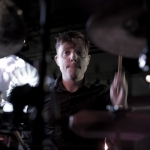 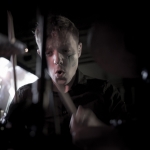 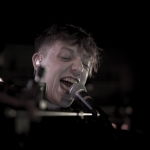 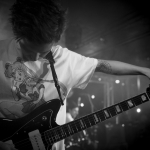 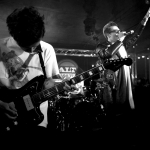 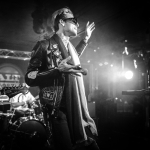 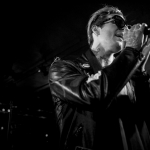 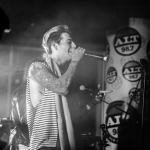