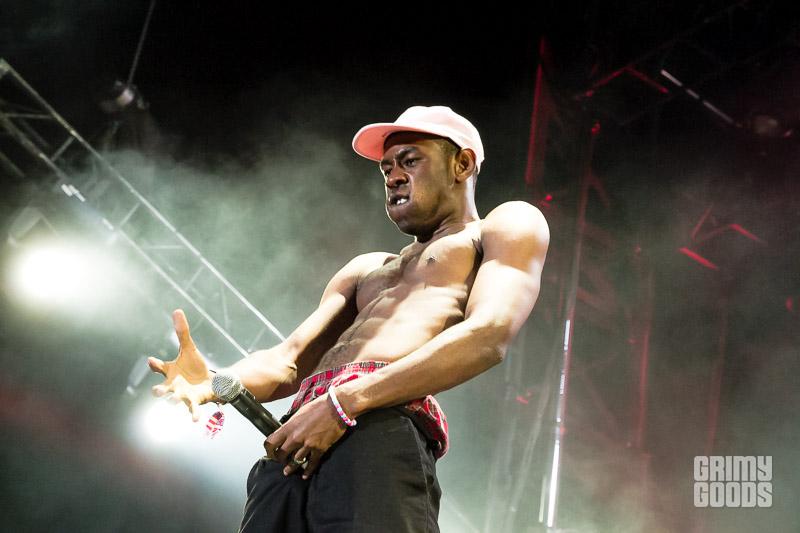 If you’re looking for a downright memorable New Year’s Eve, look no further! Hip-hop upstart Tyler, The Creator, of Odd Future fame, is paving the way for a new generation of hip-hop heads and teenage rebels with his chaotic, wildly experimental, explosive and ever-engaging performances that will be sure to blow your damn mindgrapes. Tyler, The Creator headlines Club Nokia on Wednesday, December 31st. Supporting act is DJ Billy Jole (aka Earl Sweatshirt and Lionel Boyce). Seize this perfect opportunity to get wild and say peace out to 2014 and hello to 2015!

Tickets to Tyler, The Creator at Club Nokia range from $40-50, doors at 9:30pm and the show is all-ages.  You can purchase your tickets or try winning a pair with us below!

First make sure you’re following Grimy Goods on Twitter here and/or “like” our Facebook page here. Next, email ggcontests@gmail.com with your full name for guest list and a clever reason why you want a pair of tickets to Tyler, The Creator at Club Nokia. When you’re done with your email, send us a Tweet so we know you entered the contest or you can post on our Facebook wall. We’ll select a winner that has done all of the above mentioned. Winners will be announced via email, Facebook and Twitter on Sunday, December 28th. Winners will have until 10am on Monday, December 29th to reply back to our email to confirm their win.

FACEBOOK: Just leave a comment on our wall letting us know you entered our contest for tickets to Tyler, The Creator at Club Nokia on Dec. 31st!