After catching The Two Tens live this past Tuesday night at the Satellite, I wouldn’t be surprised if their plans of “Taking over the world!” would actually see its fruition. The new Los Angeles-based duo composed of all but two people, Adam Bones (guitar/vocals) and Rikki Styxx (drums) playfully ripped through a 40-minute set of pure garage grit. Blasting out hard licks from their collection of three EPs, The Two Tens put on nothing short of a robust performance.

With an intrigue similar to that of the White Stripes, The Two Tens create a ferocious sound with just one guitar and a set of drums. Adam and Rikki’s chemistry on the stage only added to their unwavering confidence. The two seemed very comfortable in their own skin, poking fun at each other while the crowd laughed, which really procured an intimate vibe where fans were not afraid to wild out and shake those hips. From the girl dancing in her black leather daisy dukes, to the dude wearing a knit beanie that appeared to have ears, everyone of the floor was rocking out to the sun-kissed garage punk sounds of The Two Tens. They definitely have a Southern California feel to them. I mean, did you see their new video for “Rush Out”? Nothing screams Southern California like vintage muscle cars, blue skies and rock ‘n’ roll. Kicking off their performance with the fiery two-minute and 18-second number, “Scene” — The Two Tens quickly let fans know their show was going to be a damn good time. Adam handled his guitar with tireless conviction, quickly unraveling his tightly set Afro. Not even the multiple applications of Aqua Net could hold down that ‘fro!

Slamming down on the skins with nothing but smiles, Rikki is one badass drummer. She never missed a beat and did it all with a smile (with the occasional lip biting here and there). While songs like “Ella Dont Like My Hat” had our heads bopping to Rikki’s infectious beat, tracks like “Dreams” had us swaying to Adam’s melodic vocals. The song is one of my favorites from the three volumes of EPs they shared. Although it starts slow and steady (for rock ‘n roll) at about the two minute mark, The Two Tens unleashed a masterful 40 seconds of an all instrumental shred, and it was fucking amazing. Listen to the song here and imagine it live. It was truly riveting. Once The Two Tens blasted through all three EPs, the band continued to play a couple more songs from their forthcoming Volume 4 EP. Soaked in 80s punk tones, with the vibrant sounds of Southern California garage rock, The Two Tens provide a raucous live show that is just as good if not better than what you hear on their EPs. Proving that they can rip live as well as their studio recordings is not something that every band can do (unfortunately). But The Two Tens were clearly made for a live show. From their incredible sound to their dynamic stage presence, this band has got it going on! 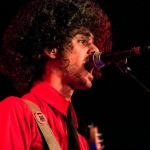 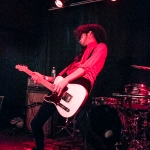 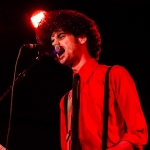 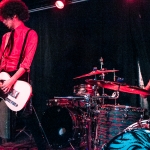 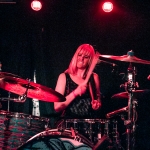 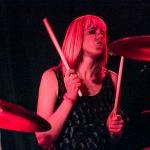 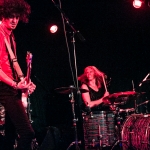 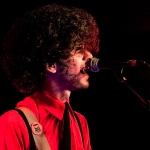 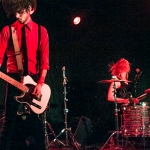 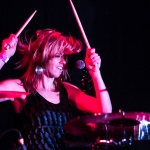 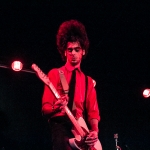 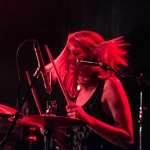