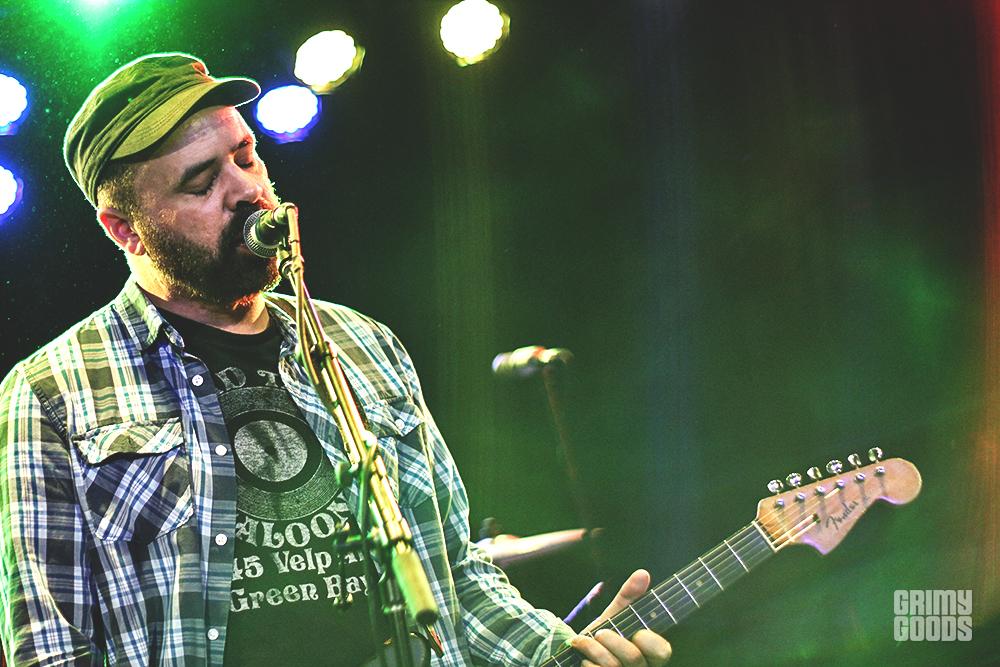 Darwin’s Theory of Evolution. The strong survive. Evolve or die. All that. It explains why so many unique and beautiful-in-their-own-way kinds of life exist on our planet. Species that can no longer exist in the world die off; others evolve around changes in their environment and survive. Evolution can give you a perfect creature, like a shark, a perfectly efficient creature; or it can give you a platypus: a creature perfectly designed only for its specific environment and evolved as species unlike any other.

I understand that last paragraph is taking the long route … sorry for that. But understanding what’s great about a band like Swervedriver, one has to see how unique Swervedriver really is.

The Foo Fighters and The National are sharks. They are great bands that almost seem designed to satisfy their audience.

Swervedriver is a platypus. 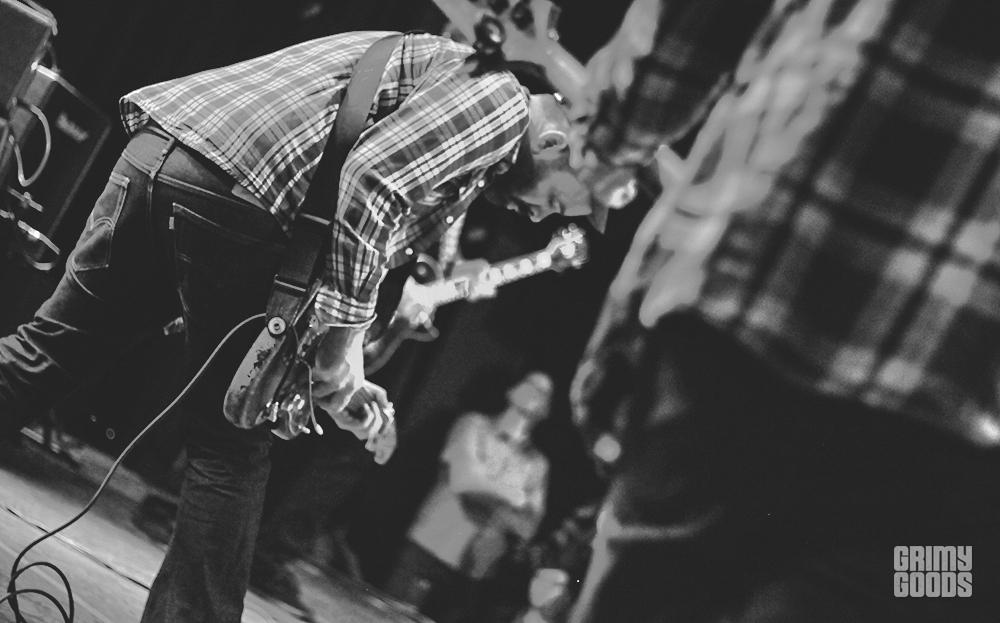 Swervedriver first came to US ears in the early 1990s after a few successful local releases with a sound all their own. These guys are a four-piece of straight up guitar rock but after that, they are very, very unique. Dare I say unique in a unique way (see where I’m going with this platypus thing?).

First off, Swervedriver rocks.  One of the most interesting things about their sound is how LOUD they are without them giving off an overtly macho vibe. I don’t recall seeing one member of the band pose or grit their teeth or any of the clichéd “rock moves” you usually get from a band with guitars this loud. But it doesn’t just rock. Swervedriver has found ways to add elements of music that would not necessarily go together; like how a platypus has both a bill and fur.

The band is a psych band, a noise band, a shoegaze band and a 90s era grunge all at once. The band’s unique but familiar sound lies on the shoulders of singer/guitarist Adam Franklin. During some of the more psychedelic songs, Franklin’s swirling but cacophonous guitar sounds like the bastard child of  My Bloody Valentine’s Kevin Shields and Sabbath’s Tony Iommi: all blistery overdrive, but bent with so many pedals that it was often hard to tell when one note ended and the next one began. The effect of that relentlessly churning distortion often became a drone, giving his guitar a psychedelic quality. 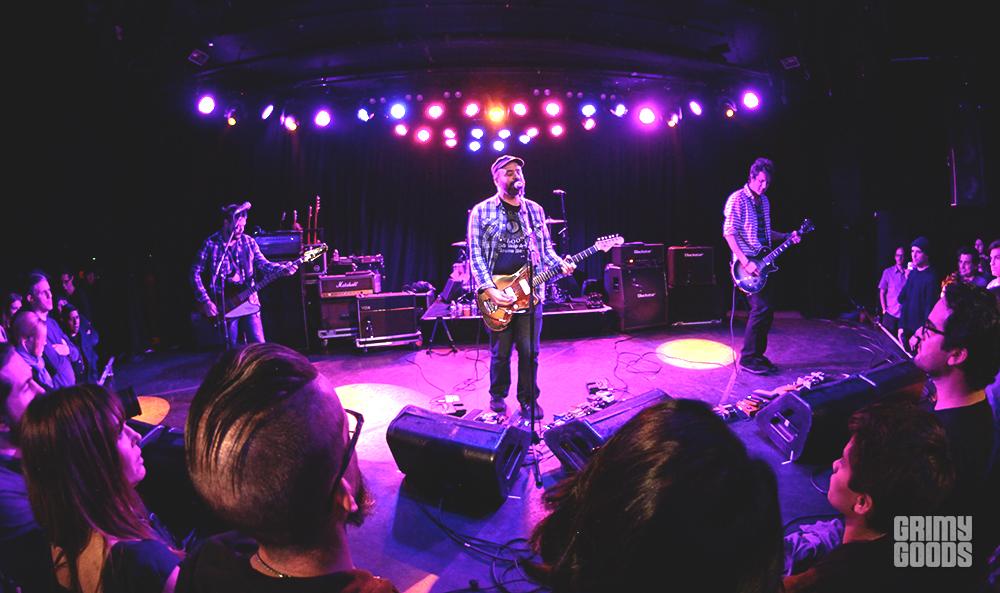 Guitarist Jimmy Hartridge adds to the dissonance by adding his own super loud arpeggiated ringing chords leading to an often jarring sound, but then the band would switch it up 180 degrees and turn into a straight forward up-tempo rock beat and become a Stooges-like proto punk sound. In “Rave Down” the band fused a classic rock style with a grungy detuned riff (not surprising as the song was released at the height of the grunge era). Bands rarely go from head-y psych to pedal-to-the-metal rock. But Swervedriver is not your average, easy-to-define band.

Rhythm section drummer Mikey Jones and fill in touring bass player Mick Quinn, formerly of Supergrass were solid, simple and tight, and allowing the guitars to take center stage. Like most shoegaze worth its salt, the vocals are buried and I mean buried. I don’t think I could make out one word Franklin sang, but that’s not the point of Swervedriver. There are no sing-alongs and no ballads, just relentless meaty car rock riffs or whirling improvised noise jams. The band played all their hits: “Never Lose that Feeling” and rocker “Son of a Mustang Ford”, as well as songs from the newly released I Wasn’t Born to Lose You. But even though their discography spans two decades, all the songs sound great next to each other … Impressive.

Swervedriver has done an excellent job of taking so many different kinds of guitar rock and found clever ways of fusing them together in a unique way and unique on guitar rock rare. Kudos to them.

One last note, openers Gateway Drugs were pretty impressive in their own right.  The band switched off lead vocals, even giving drummer a lead. They do a great job of staying mysterious online, but their take on psych punk was interesting. The tow guitar players/singers, Noa and  Liv Niles, switch off in a John Doe and Exene fashion but with a pounding rhythm section. Also impressive.

Check out the photos of Swervedriver with Gateway Drugs at The Roxy! 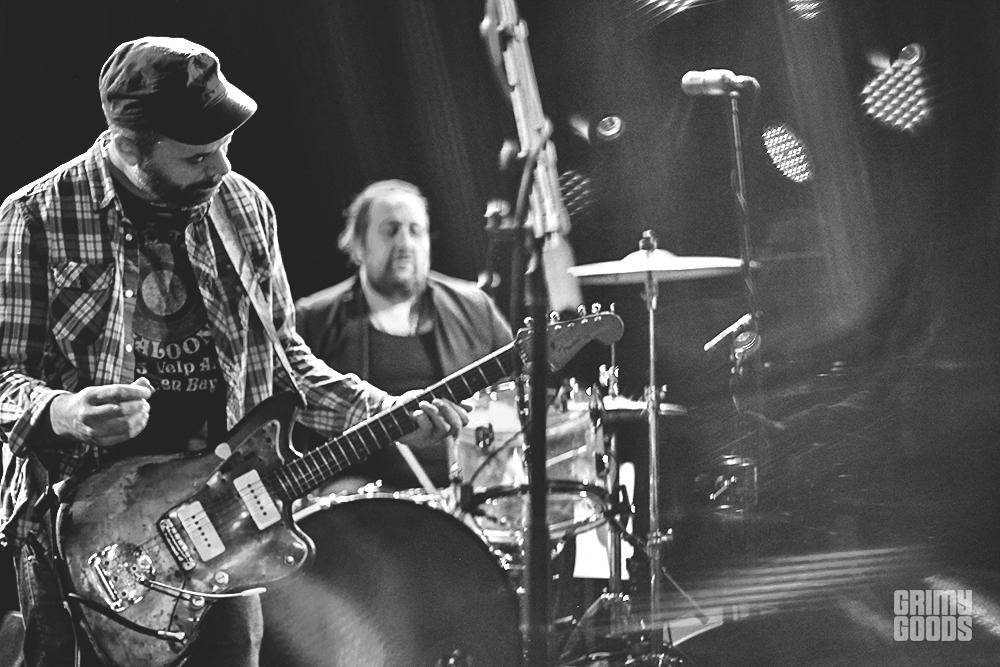 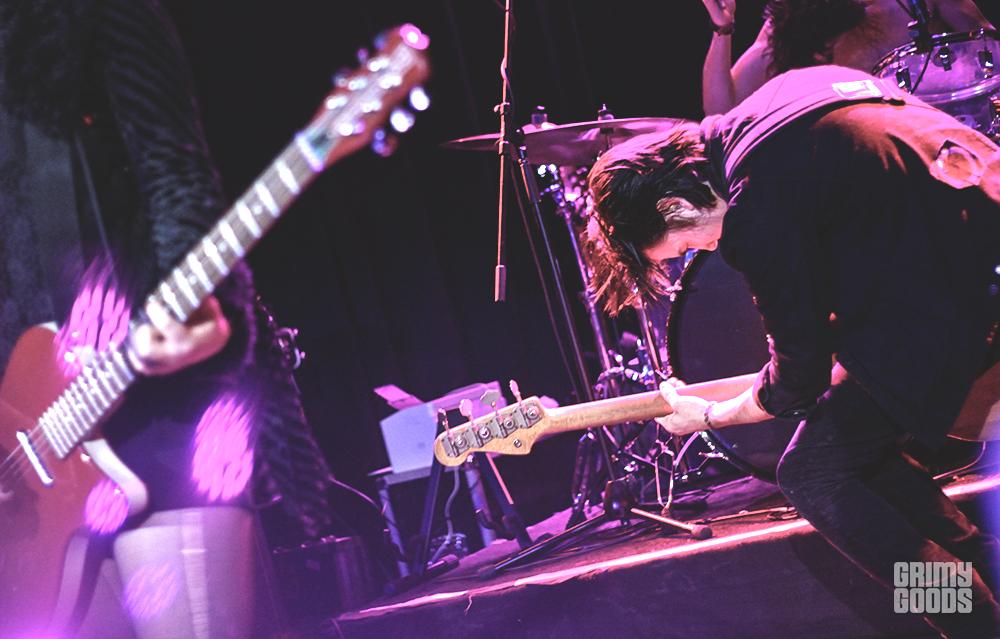 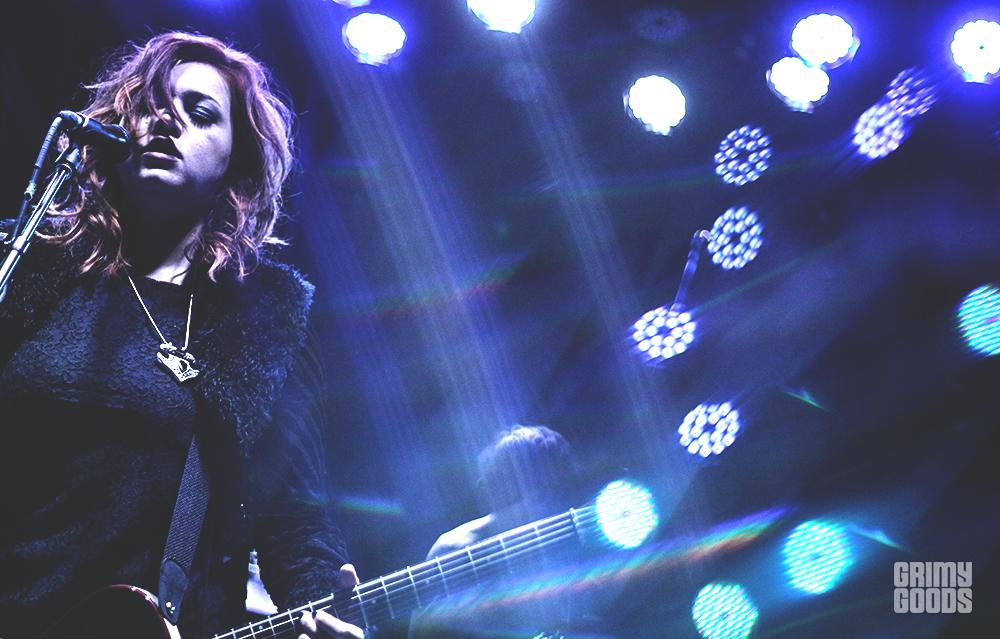 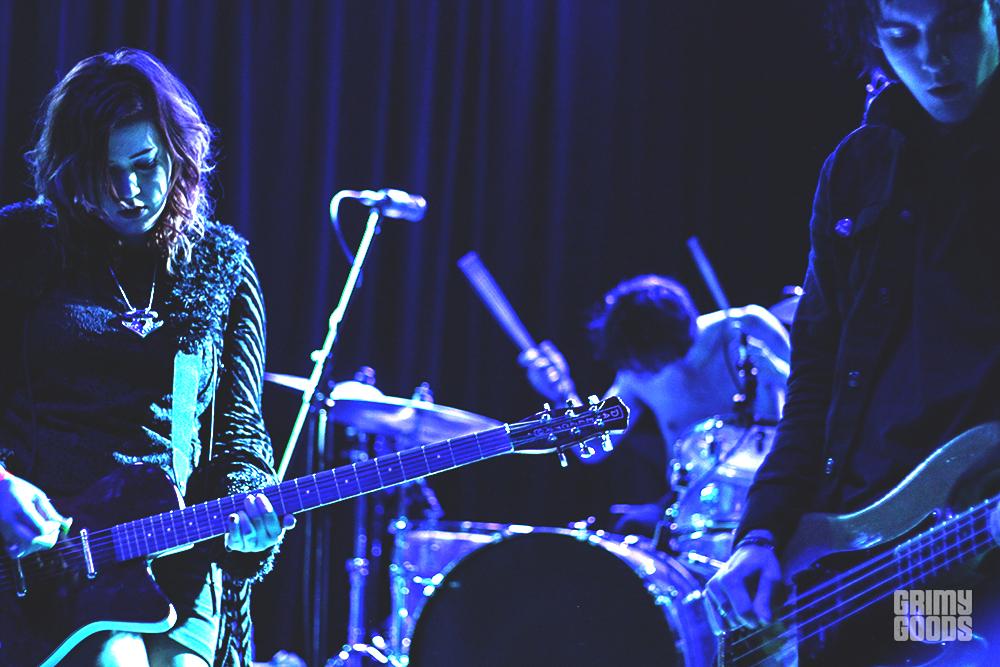 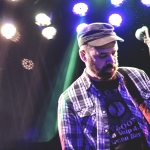 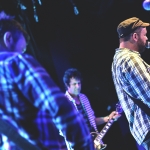 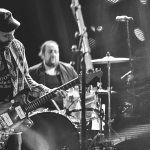 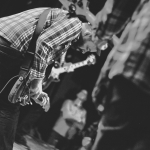 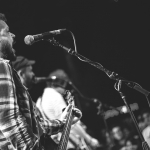 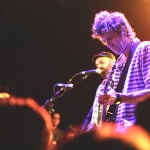 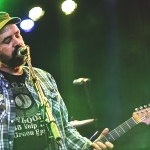 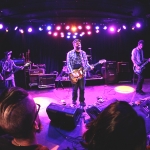 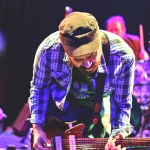 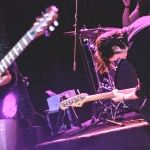 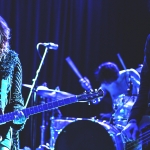 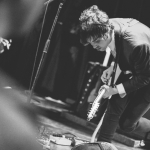 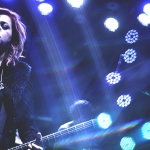 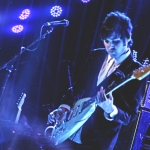