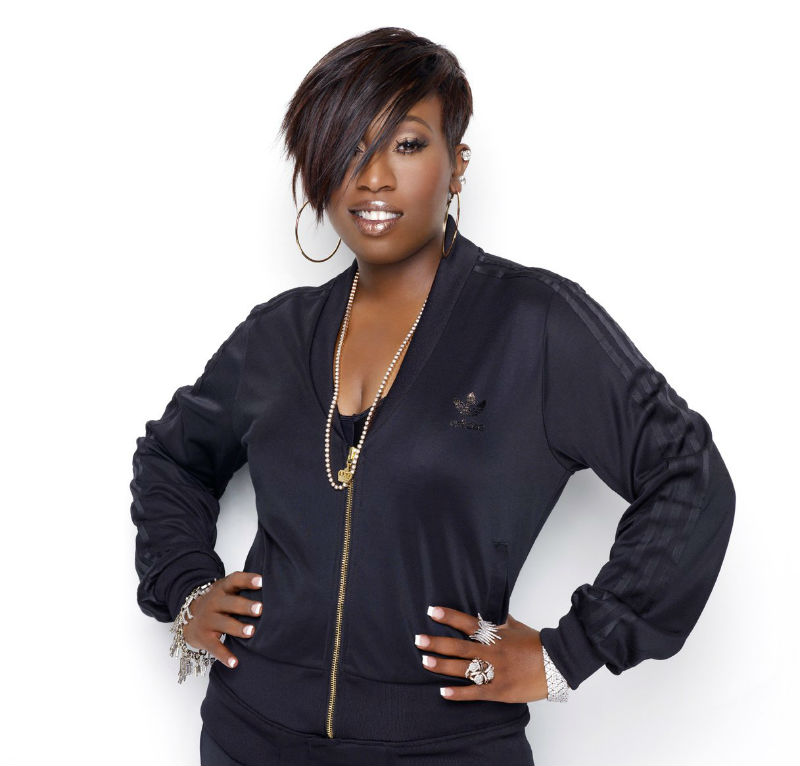 Singer-songwriter, rapper and producer Missy Elliott has been making waves in the hip-hop world since the early ’90s, both in the spotlight and behind the scenes. She has worked with and boosted the careers of a number of artists including Aaliyah,Whitney Houston, Mariah Carey, Janet Jackson, Keyshia Cole, and Ciara, just to name a few. She is also a hit-maker in her own right, having sold 30+ million records and winning 5 Grammys for her solo work. While Missy took a hiatus to deal with her diagnosis of Grave’s Disease, an autoimmune disorder, it hasn’t stopped her from doing what she loves. She recently announced she was back in the studio with long time producer pal Timbaland and she made a resurgence with her dazzling 2015 Superbowl performance. While the tweeners of the internet were clueless as to who Missy was, there’s no doubt that with her back in the game, soon enough old-school fans and newbies alike will remember her name. 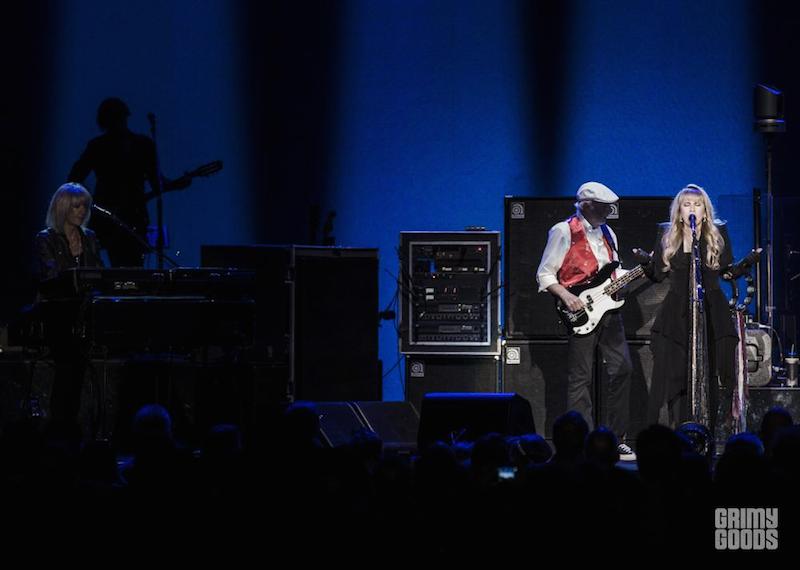 Stevie Nicks, frontwoman of ’70s rock outfit Fleetwood Mac, is a positive driving force in rock n’ roll and has been since the late ’60s. In addition to touring with Fleetwood Mac, she just released a solo album, titled 24 Karat Gold Songs From the Vault, did an acting stint on American Horror Story, mentored on The Voice and graced the cover of Rolling Stone. When we recently caught Fleetwood Mac rocking The Forum stage, delivering a spot on performance, we were reminded of her great candor, as she encouraged fans to always believe in themselves and not let anyone tell you what you can’t accomplish. Stevie has never settled for less and why should you. We should all aspire to be as open and frank with ourselves, as Stevie is with herself and her fans, about the highs and lows of life. 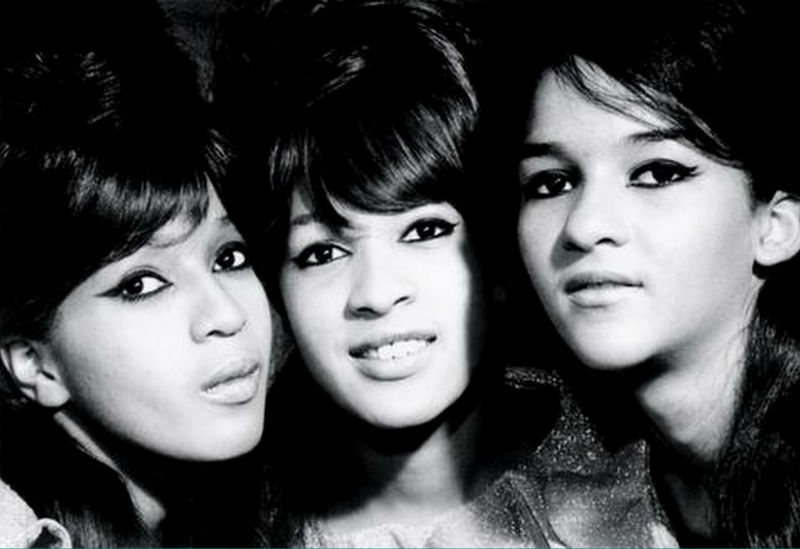 While image isn’t everything, sometimes it plays a crucial part in helping to define a moment of rock n’ roll herstory. The Ronettes‘ rebellious (for the time) bad girl vibes, beehives and all, helped put them on the map with a clear cut image and identity that assisted them in gaining traction with their hard but sweet sound which featured edgy and enthralling harmonies topped with a hint of seduction – the Ronettes were quickly propelled into ’60s girl group stardom with their dynamite hits such as “Be My Baby” and “Walking in the Rain.” The group’s style and sound have been cited as influential by the likes of Amy Winehouse, Billy Joel, Bruce Springsteen and Brian Wilson (of the Beach Boys). In 2007, Keith Richards of The Rolling Stones inducted the group into the Rock n’ Roll Hall of Fame, icing on the cake, a true testament to their musical influence. 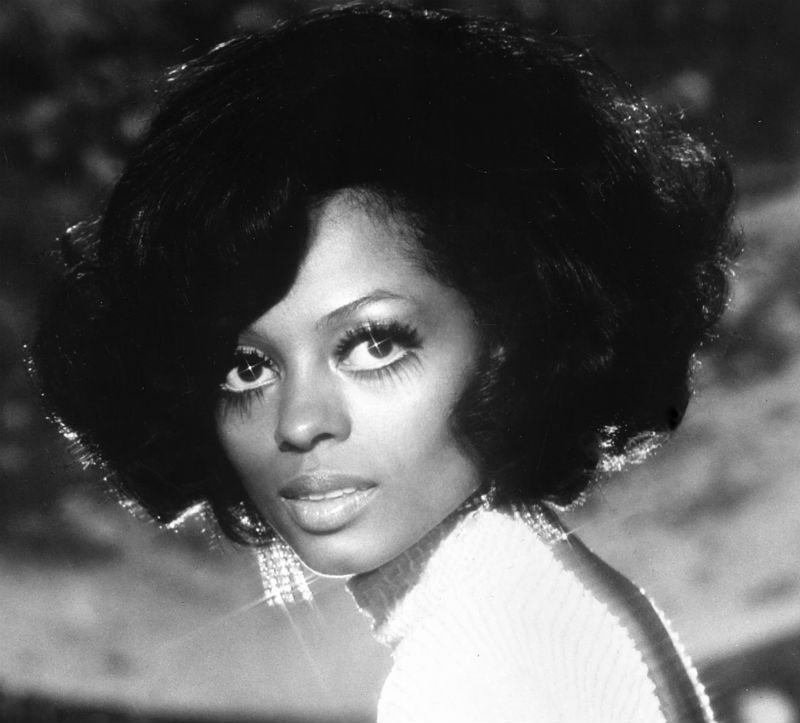 Before Christina Aguilera, Mariah Carey and Beyonce there was Diana Ross – the ultimate pop-soul diva. Besides being a major female fashion icon, Ross has had a long and prosperous career, both as a solo artist and as lead vocalist of one of Motown’s best-selling and wildly popular acts, The Supremes. Her success over the years has no doubt opened the doors for other r&b, pop and soul artists to find their place in the mainstream. Even Oprah has shared what a life-changing experience she had when seeing Diana Ross on TV for the first time, as a young girl. Her contributions to music have been acknowledged by many over the years and Ross has received numerous awards and honors including her Hollywood Walk of Fame stars here in Los Angeles – she’s one of the few artists to receive a star for both her solo and group work. Our hats are off to Diana! 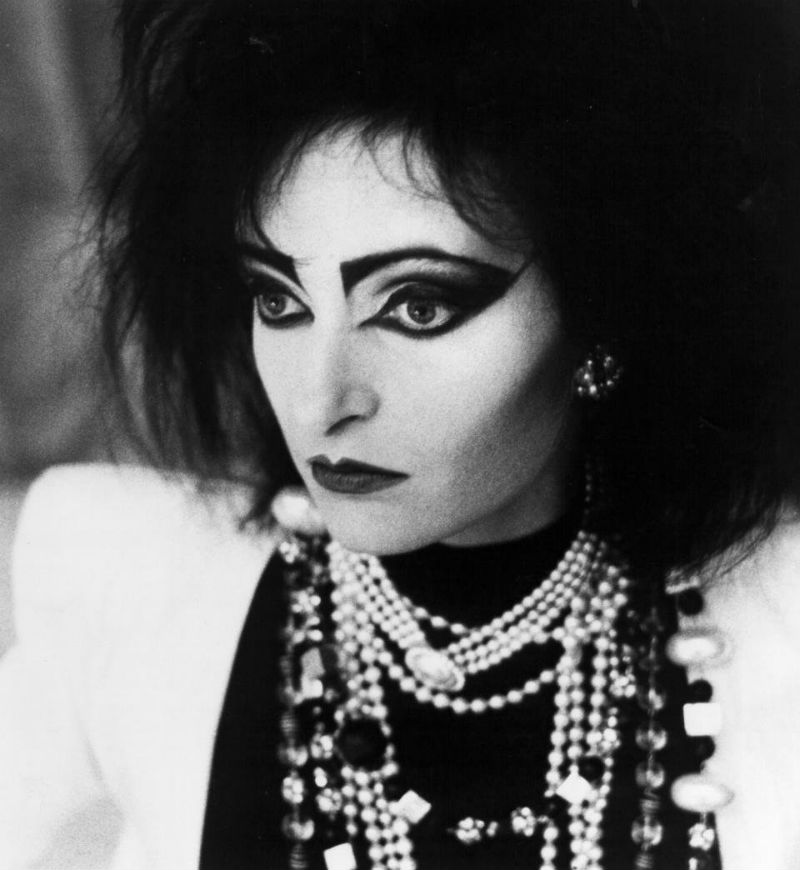 Siouxsie Sioux, lead vocalist of Siouxsie and the Banshees, formed the London rock outfit along with bassist Steve Severin in the late ’70s. From there the band tipped the scales of punk, and went down a darker, experimental path which developed into a seductive and avant-garde sound that came to be known as a post-punk and goth-rock. Many artists, both peers and successors alike, have cited Siouxsie and the Banshees as admirable and an influence – from Bono (U2) and Robert Smith (The Cure) to Thurston Moore (Sonic Youth), Jeff Buckley, Jane’s Addiction and LCD Soundsystem. Never apologetic and always commanding of her audience, Siouxsie has and always will be at the top of her game.

Indie rock trio Sleater Kinney were born out of the Pacific Northwest, bursting at the seams with raw energy, captivating and politically charged lyricism and leading the pack during the golden era of the ’90s riot grrl scene. The band went on hiatus for several years but recently made their comeback this year, lighting a fire under everyone’s ass with their new album, No Cities to Love. You can also watch the band drop some knowledge in this Sound Advice video. 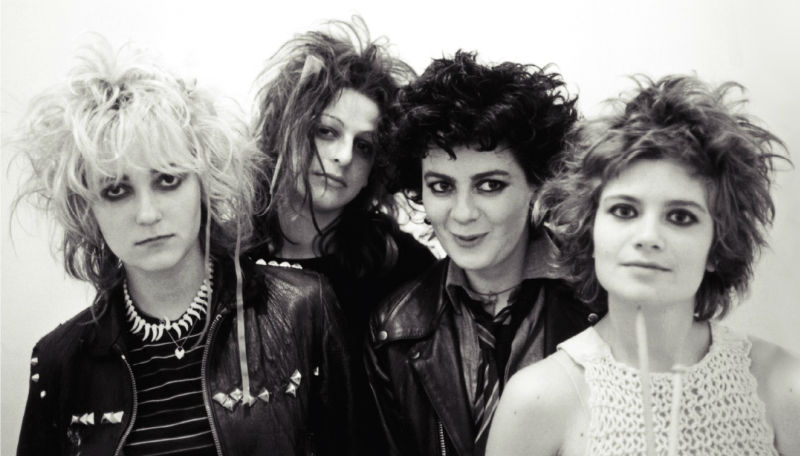 British punk rock outfit The Slits, with vocalist Ari Up at the helm, were loud, brash and revolutionary with their explosive, punk rock energy and timeless tracks off their debut album Cut. The band toured with the likes of The Clash and the Buzzcocks, but most importantly they put themselves out there and they rocked out, at a time when there weren’t many female punk rockers in the spotlight. There’s no doubt that The Slits paved the way for punk rock generations to come. 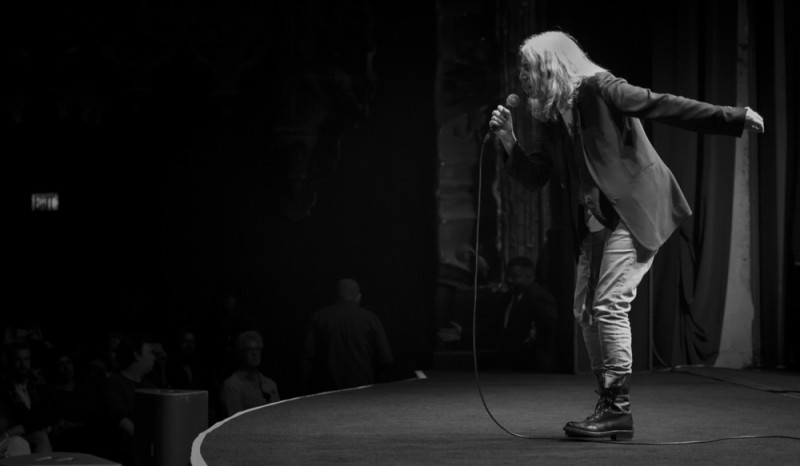 Singer-songwriter Patti Smith has stayed true to herself since she first burst onto the music scene in the early ’70s. Smith has also used her music to protest and reflect on an array of political issues and interests ranging from Guantanamo Bay, the Vietnam and Iraq wars, to AIDS and slavery. She also contributed a campaign rally song, “People Have The Power,” to Ralph Nader’s presidential campaign and campaigned for Barack Obama in 2008, as well as actively encouraged fans to register to vote in the last election. The Rock n’ Roll Hall of Famer continues to tour and write and gives audiences a true rock n’ roll icon to look up to. 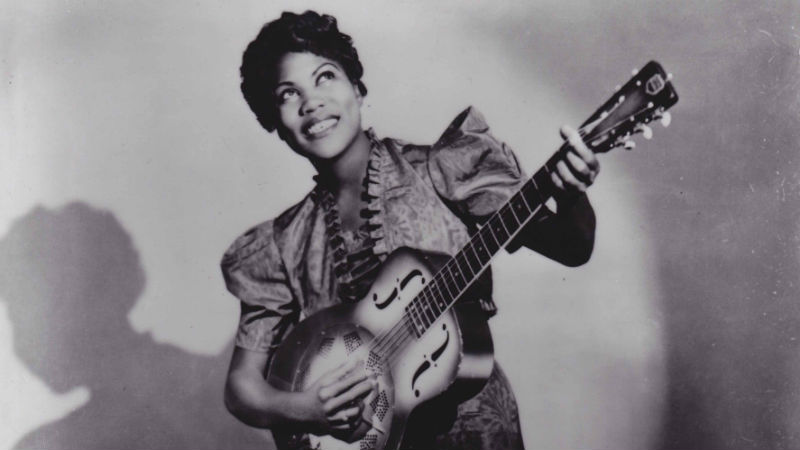 Sister Rosetta Tharpe began singing and playing guitar from the young age of 4, alongside her mandolin playing mother at church. As they toured church concerts across the country, Tharpe became well known as a musical prodigy, one of the few prominent African American female guitarists of that time (Memphis Minnie, notably being another), and was the first gospel artist to be signed to a major label (Decca). As her acclaim in the gospel world began to rise, she soon began to incorporate blues and folk into her sound – essentially making her an o.g. crossover artist and precursor to the rock n’ roll sound, yet to come. While many conservative religious circles looked down upon this at the time, she remained undeterred and recorded hits such as “Shout Sister Shout” and “That’s All” – a song featuring electric guitar that proved influential for the likes of Elvis Presley, Johnny Cash, Chuck Berry and Little Richard. Rock on Sister! 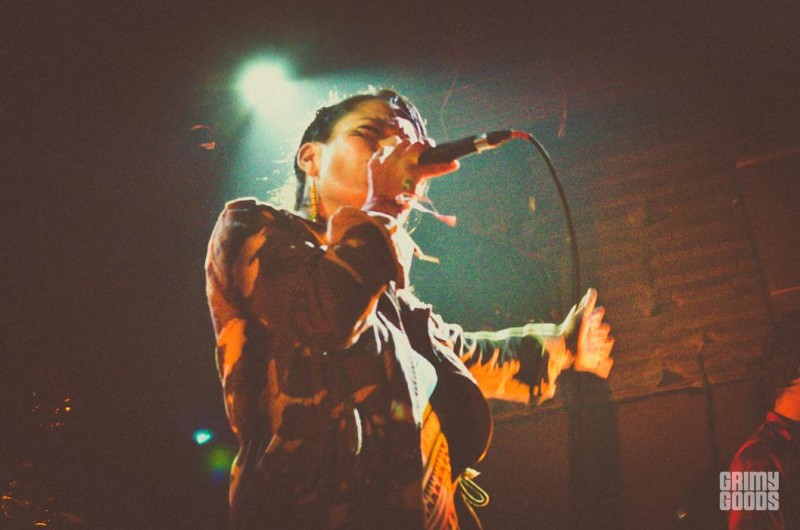 Chilean-French MC and daughter of political exiles Ana Tijoux is a spitfire storyteller who raps with lots of confidence and a lot to say (in Spanish and French) about issues of social justice. She also incorporates some traditional Latin instruments such as pan flutes and charangos in her songs. The Latin Grammy nominee’s newest album Vengo recently dropped on Nacional Records and we’ve caught her blazing up the stage in Los Angeles numerous times. We expect that she will very likely becoming a living legend of hip-hop in the not so distant future.

2 thoughts on “20 Of The Most Inspiring Women in Music”