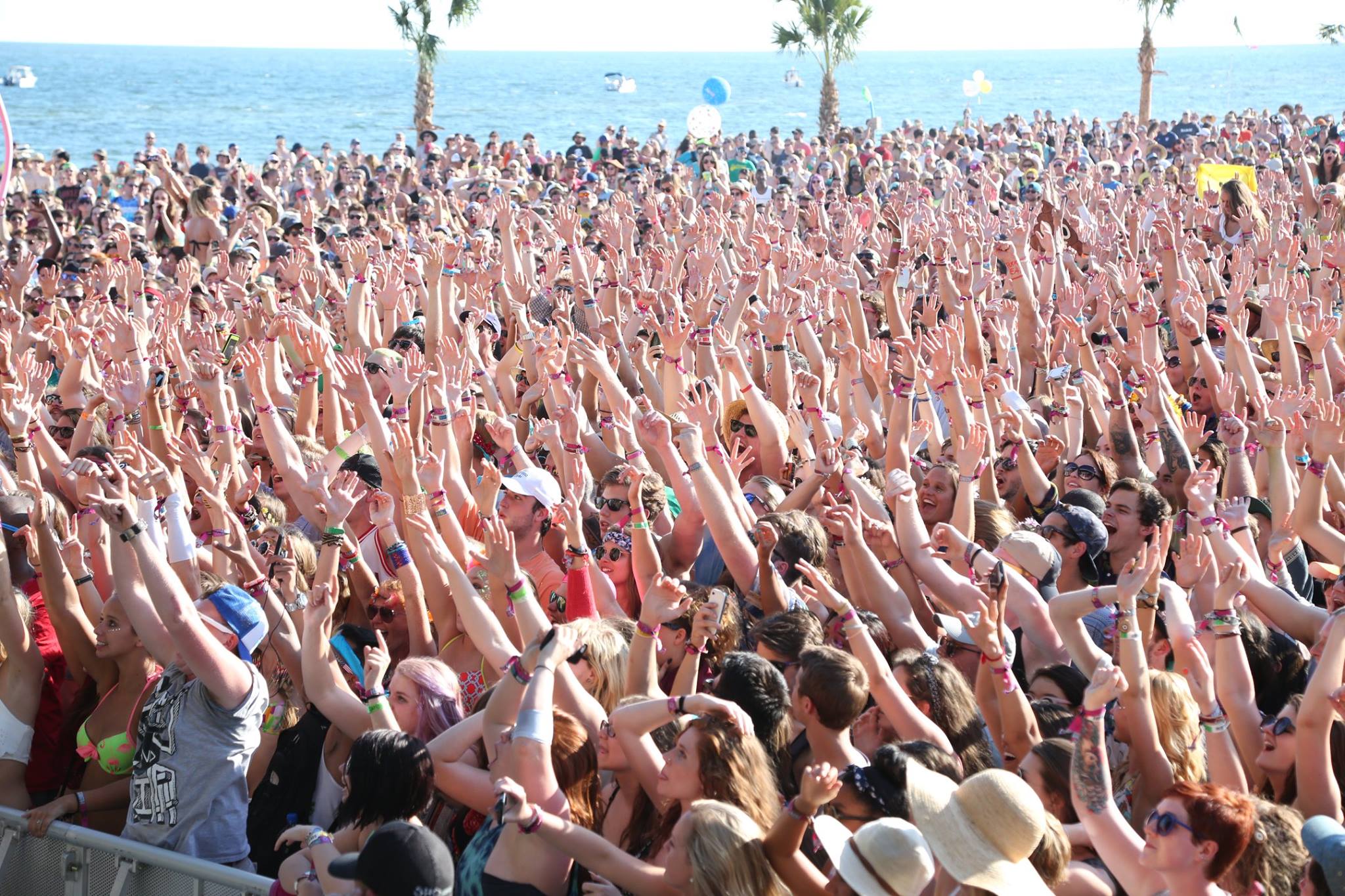 Grimy Goods contributor Mark E. Ortega is embarking on a six-week music festival tour around the United States. After a stop at Shaky Knees in Atlanta, Mark’s next stop is Gulf Shores, Alabama for Hangout Fest. Here’s a preview of the festival below.

There’s that old saying about how you shouldn’t bring sand to the beach — but they never said anything about bands (or DJs). Hangout Fest is a unique festival in that it takes place right on the beach in Gulf Shores, Alabama, with most people (myself included) staying in condos that are located near the festival entrance.

If Shaky Knees was the laid-back rock festival, I expect Hangout Fest to be more along the lines of a miniature Coachella on the beach. With acts like Jack U, Major Lazer, Skrillex, Adventure Club, Odesza and the like, I’m looking for there to be quite a high number of raver types to go along with those looking to rock.

The fact that this fest takes place on the beach was the main draw for me, and I expect the afterpartying to be pretty intense as well.

The Foo Fighters are going to be hard to top for the best show I saw in 2015 after their marathon three-plus hour set at The Forum where they brought out every famous friend Dave Grohl has. That makes them an excellent Friday headliner, especially considering how deep their catalog is and how few U.S. festivals they’re booked at. Zac Brown Band aren’t really my bag but they go head-to-head with Major Lazer if that is more your thing on Saturday. Closing the festival is the GRAMMY award-winning Beck, who never disappoints. He’s only booked for Boston Calling as far as other stateside festivals this summer.

Hangout Fest definitely has a diverse lineup of acts ranging from rock to hip-hop to electronic to pop. There’s quite a bit of uniqueness to their lineup compared to the other festivals I’ve booked this summer with acts like Phantogram, Skrillex, Paramore, Krewella, Adventure Club, Lupe Fiasco, Damian Marley, Umphrey’s McGee and others special to Hangout.

It wasn’t easy finding accommodations nearby the festival. There were pretty much no airbnb options and I had to find a condo share online through the Reddit page for Hangout Fest. The condos will run you a couple hundred per person if you want to have the ease of being close to the fest, otherwise there are spots further away on a shuttle line that will run cheaper. I’ve chosen to be closer to the action.

One of my pet peeves about Shaky Knees was that the headliners ran unopposed, meaning you had no choice if you weren’t big into the main stage closer. At Hangout, you have options every night except Sunday, when Beck runs unopposed. If you want to see Foo Fighters on Friday, there’s a good chance you’ll avoid dealing with the raver kids who will be at Jack U’s set. The same thing happens with Zac Brown Band and Major Lazer on Saturday. It’s nice when the crowd is split that way so you can get a better spot if you like. You also get the benefit of longer sets that are staggered, making it easier to check out a little bit of everything if you’d like. Pretty much no set runs under an hour, which is incredible for a festival.

I’m looking forward to taking in some top-notch live acts on the beach this weekend at Gulf Shores and expectations are pretty high. 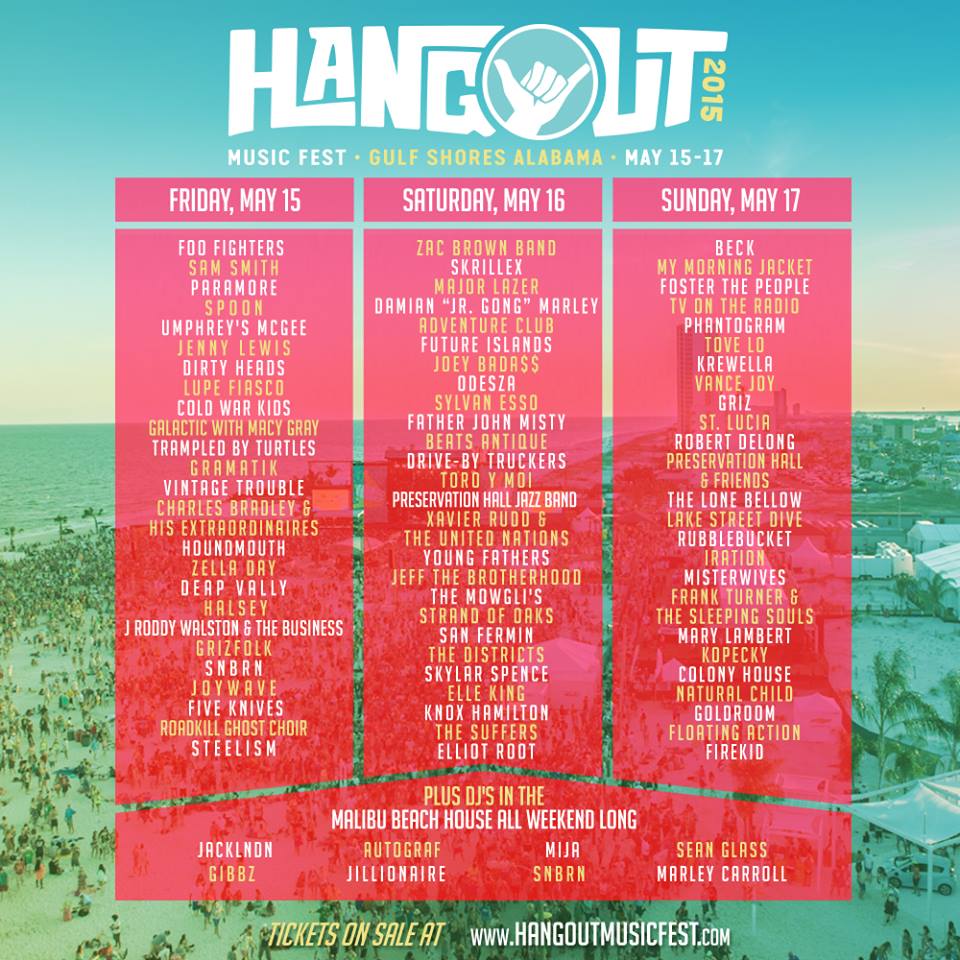