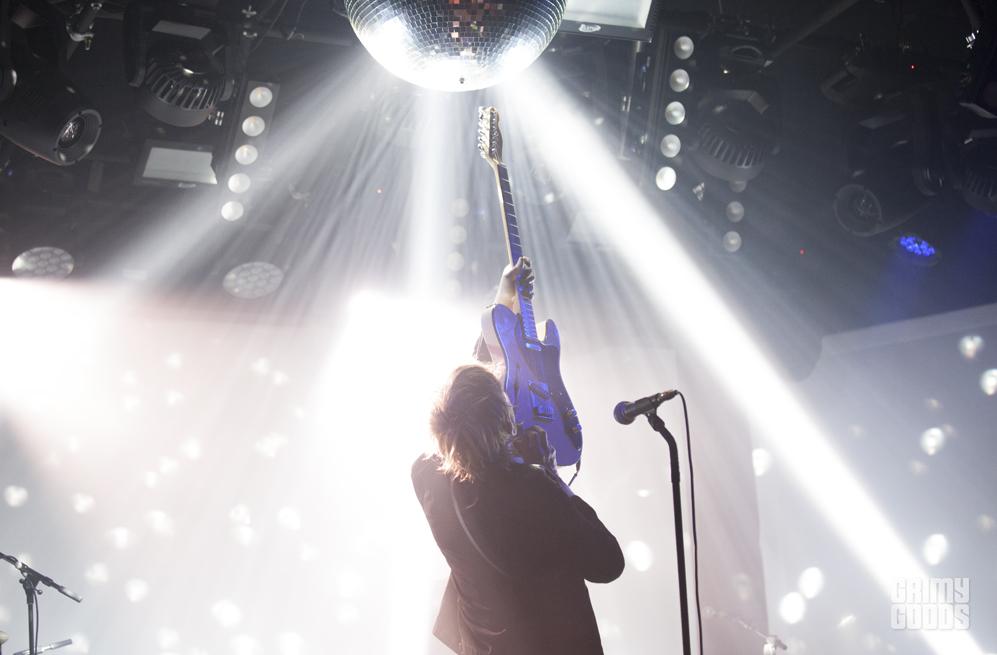 It’s quite the difficult feat to pull me away from my cozy living room on a Game of Throne’s Sunday; however, last night was an exception. While I left my beloved Game of Thrones to be HBOGo’d for a later time, I ventured to the new Teragram Ballroom, the latest live music venue to sprout in the burgeoning area of downtown Los Angeles for an intimate performance with none other than Spoon. How could I say no to that?! The Austin indie rockers did not disappoint.

Popping the coveted cherry of the Teragram Ballroom, the influential indie band led by Britt Daniel filled the new venue with a thrilled crowd. As we waited in comfortable anticipation, it was nice to see that for a sold-out show, the room was not packed to the brim. We weren’t bumpin’ uglies with the person in front of us, nor fighting over a good viewpoint. The Teragram Ballroom made a for an excellent live music experience. With the room being a big fat rectangle, the sight lines from anywhere in the venue were great. About 10 minutes before Spoon hit the stage, we also discovered how powerful the sound system was. While line-checking the drums, the kick drum shook the house and just about every organ in my body shifted to the right. Myself and all the fans around me gasped in excitement (and a tinge of fear).

Scanning the room, I noticed the crowd was a surprising 30-and-up bunch with a few swooning 20-somethings waiting to surrender their eyes and ears to the tantalizing vocals and stage presence of Daniel. He really does put on quite the delicious performances. As the crowd waited in anticipation, you can hear the chatter across the room commending the layout of the room. A lot of people were very happy with how well positioned the bathrooms were. When nature calls at a show, you don’t want to trudge against the grain. The Teragram made grabbing beers and visits to the bathroom an easy transition. 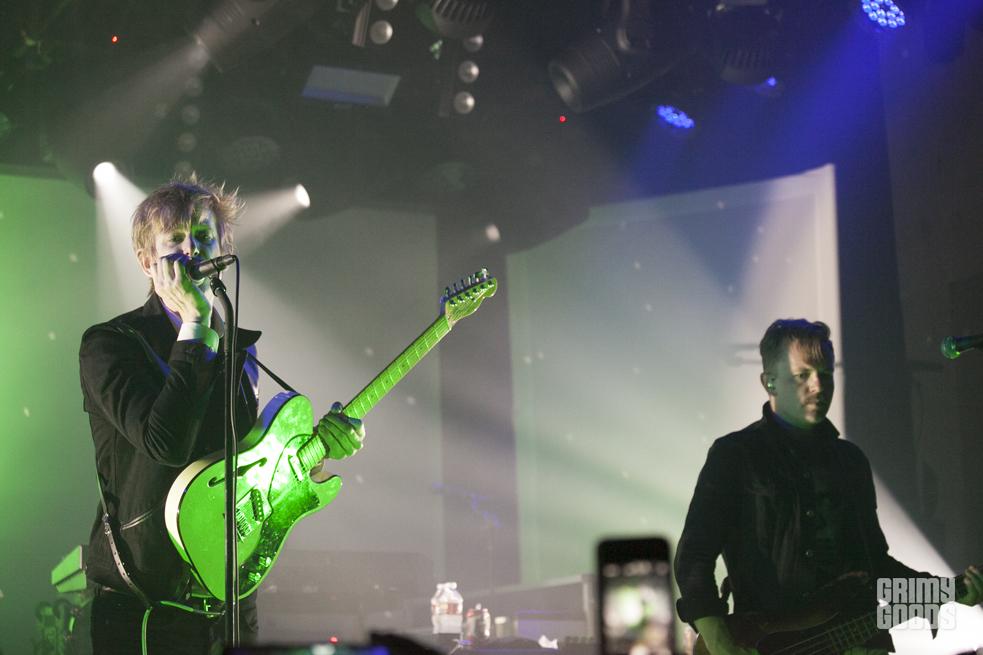 As the lights dimmed and the old country numbers playing on the speakers came to a stop, we knew it was time for Spoon to hit the stage. Men cheered and women squealed. Spoon hit the stage and immediately drove the stake in our hearts with “Rainy Taxi.” With an experimental intro we saw a wild Alex Fischel going nuts on the keyboard as frontman Daniel appeared through the hazy blue and purple lights. With his first croon, the girls melted; especially the hipster teens behind me that showed up with their cool dad.

Rolling into the urgent sounds of “Knock Knock Knock,” flashes of white light scorched my sensitive eyes as the song dipped into its powerful surge of sounds so deliciously accented by the sexy vocals of Daniel. Yes, this is the song where he lets out that sexy throaty growl.

Daniel is no stranger to fixating his eyes on you while he’s performing. And when it happens, you think he’s really singing to you. Whether he is or he isn’t, it sends butterflies to the tummies of those in his sight line. At one point during “I Turn My Camera On” a young brunette sat on her fiend’s shoulder swaying like it was 1969, and endlessly vying for Daniel’s attention. She wasn’t the only one turning up the lady heat. There was a woman of about 65 years of age letting her GILF flag fly. Letting loose to one of Spoon’s newest and sweetest love songs “Satellite,” the older woman was definitely taken bak to another time. But it wasn’t before too long where the screaming teens behind us took the fandom and screeched in excitement once Spoon’s radio hit “Inside Out” took its pleasurable turn. Girls were going nuts, throwing up their hands in the air and trying to shake those hips in the sexiest of ways. Even dudes were lost in the moment worshipping the utter smooth-cool that is Britt Daniel. Without a doubt, this song is something special. The entire mood is lovely; from the sparkling lights that reflected off the disco globe above Daniel’s head, to the cascading sounds of the delicate keys, all fans were lost in a beautiful daze. Once the song commenced, we were playfully teased by bassist Rob Pope (aka #WhiteRob), “Is everyone getting really good Instagram pictures?” The crowd shamelessly laughed as Daniel took center stage with his acoustic guitar and drove us to heaven with “I Summon You.” God damn, that song…. swoon. 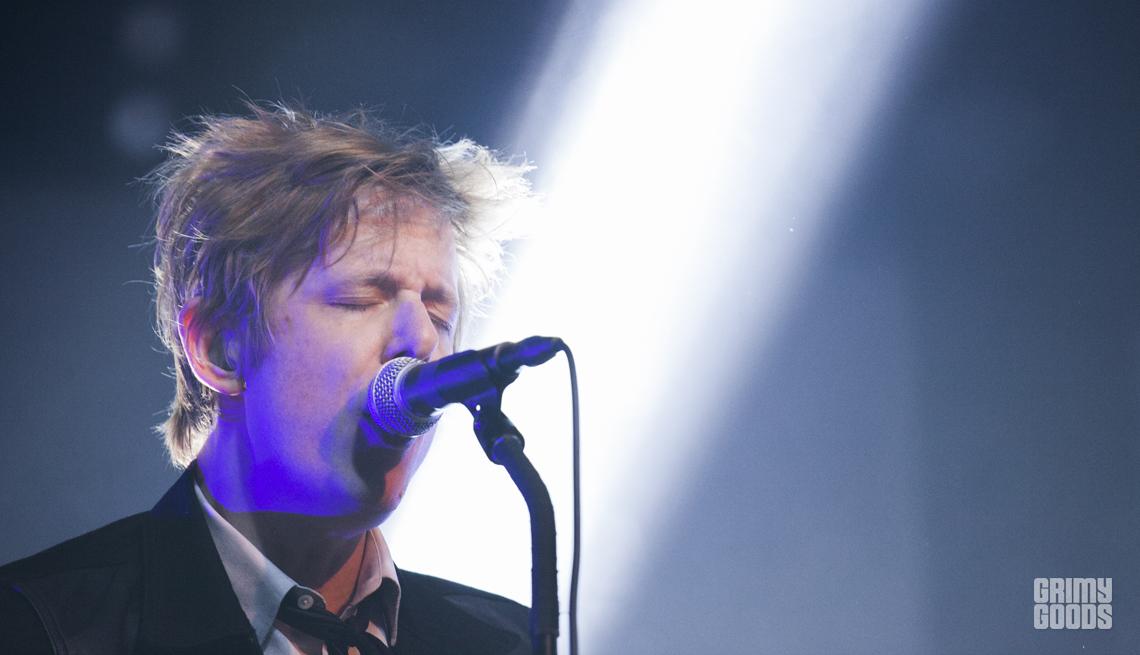 After pulling my heartstrings with “I Summon You,” I had to leave my perfect front row position and head towards the back of the Teragram to test out the sound. My ears devoured the indie rock blasts of “Rent I Pay,” “The Underdog” and a punk fueled encore of four songs. And yes, the sound in the back of the Teragram Ballroom was just as clean as the front. Playing two badass covers, Spoon dove into “Mannequin” by Wire (who we just covered on Saturday night), as well as their latest cover by The Cramps, “TV Set.” And of course they played the feel-good “You Got Yr. Cherry Bomb” and “My Mathematical Mind.” It was a spectacular set, and a perfecting opening for the Teragram Ballroom.

But before losing ourselves with Spoon, we were treated to a really spectacular performance by a band called Sweet Spirit. I honestly don’t know much about this band, except for there are like nine of them on stage, they’re from Austin (same as Spoon) and Britt Daniel hand-picked them. I wish I had seen their entire set, but the bits that I did hear were full of vibrant energy and so many delightful melodies and noise. Britt Daniel joined them for their final song and together they set the epic tone for the evening. I hope to see more of Sweet Spirit in Los Angeles. 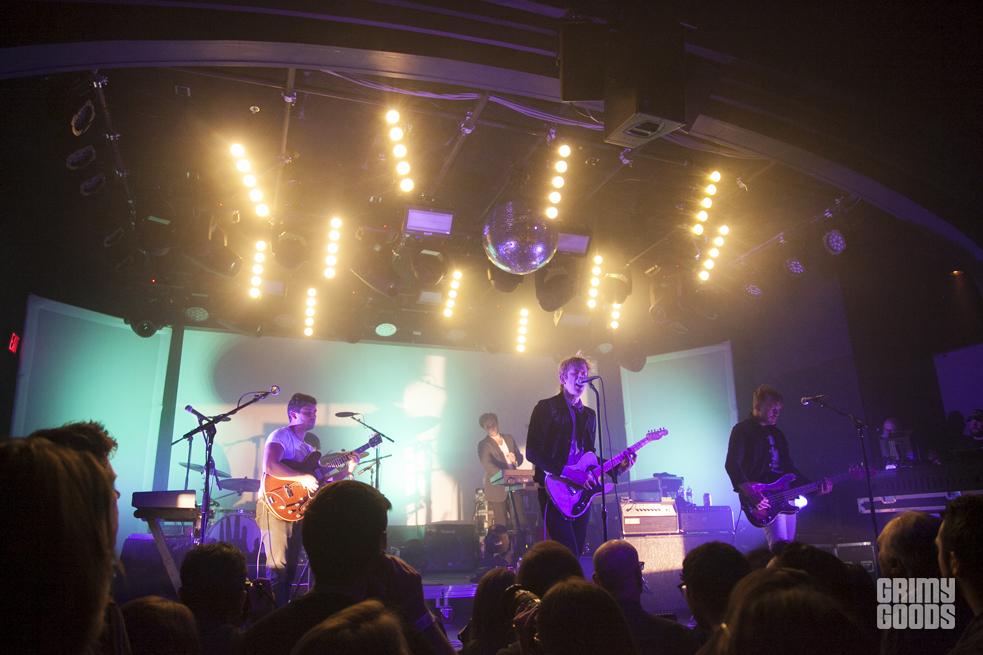 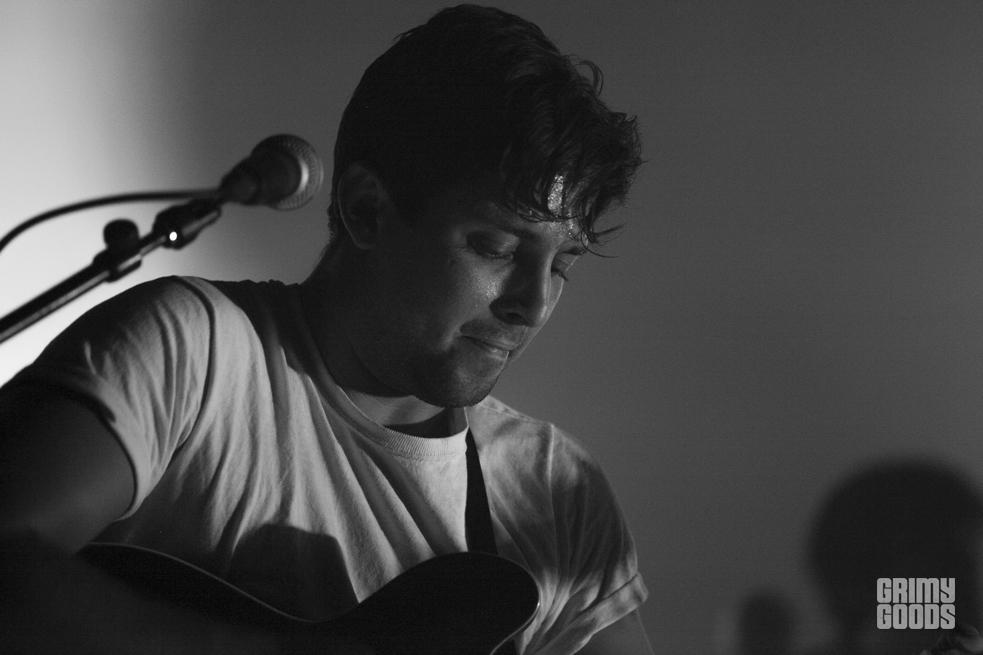 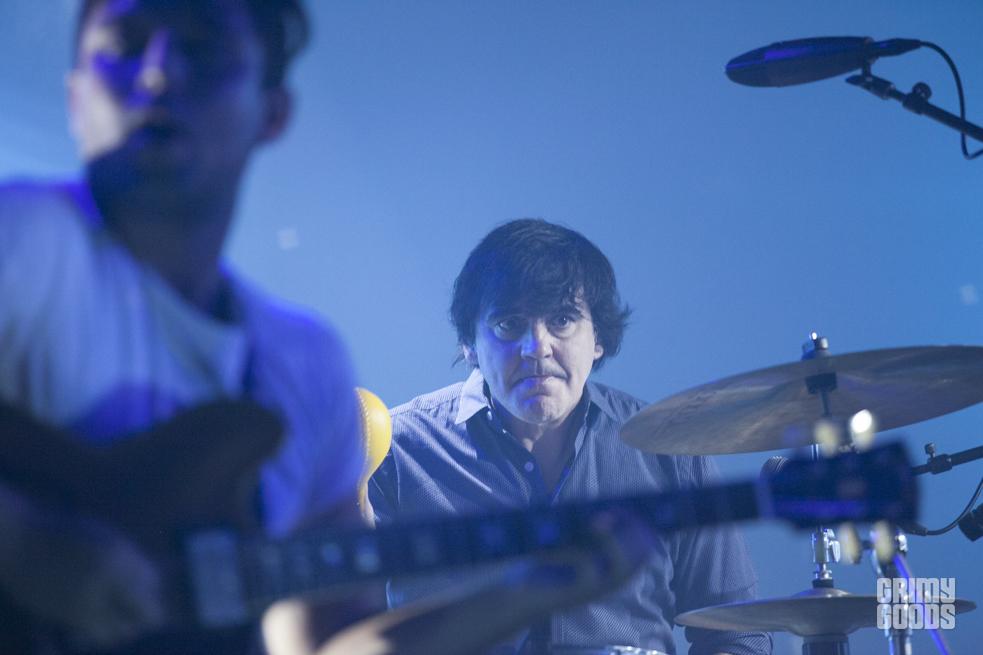 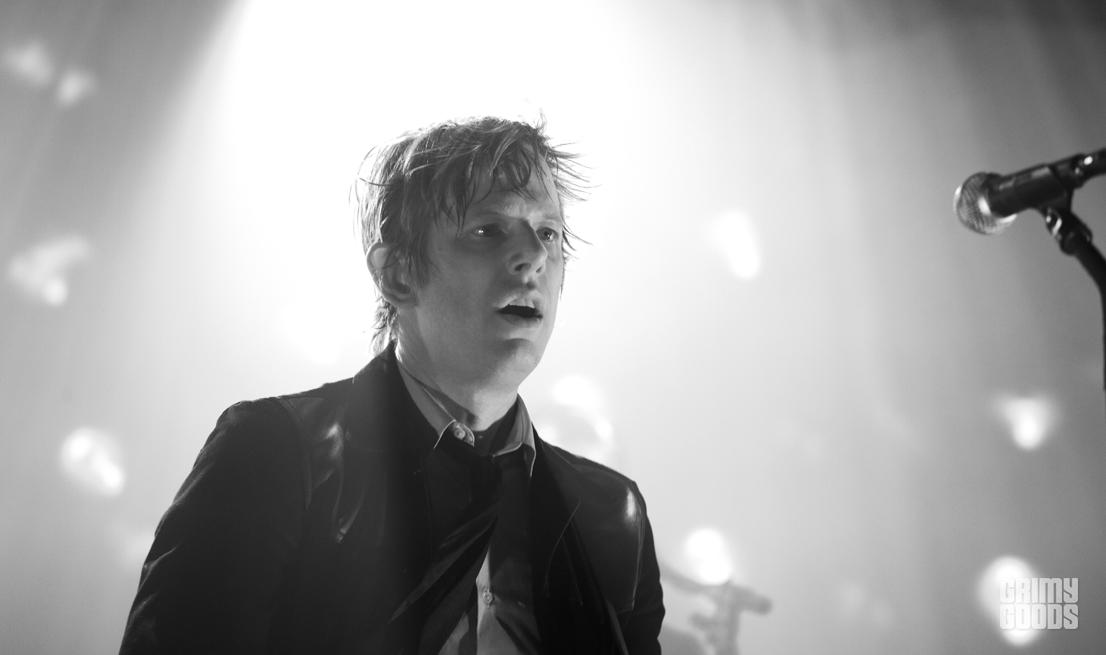 Want more photos of Spoon at the Teragram Ballroom? Check out the photo gallery below! 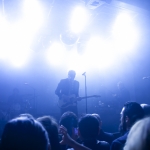 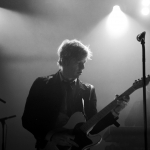 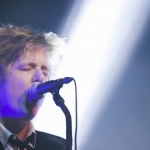 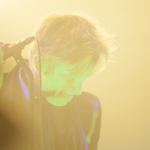 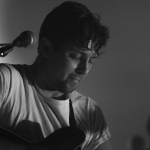 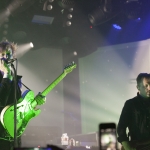 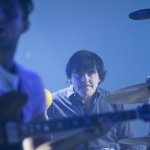 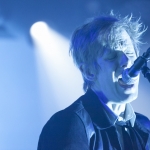 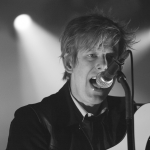 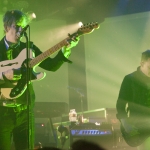 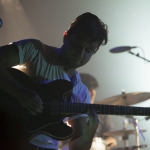 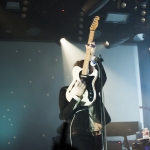 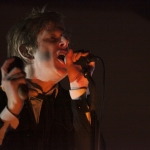 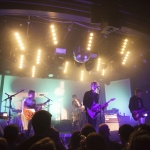 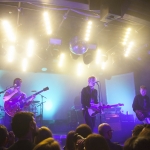 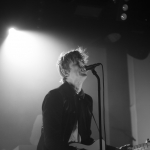 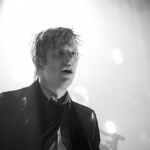 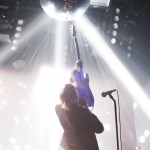 Recommended: Spoon’s new album “They Want My Soul” is a refreshing return to form

Listen to Spoon cover of The Cramps song “TV Set.”