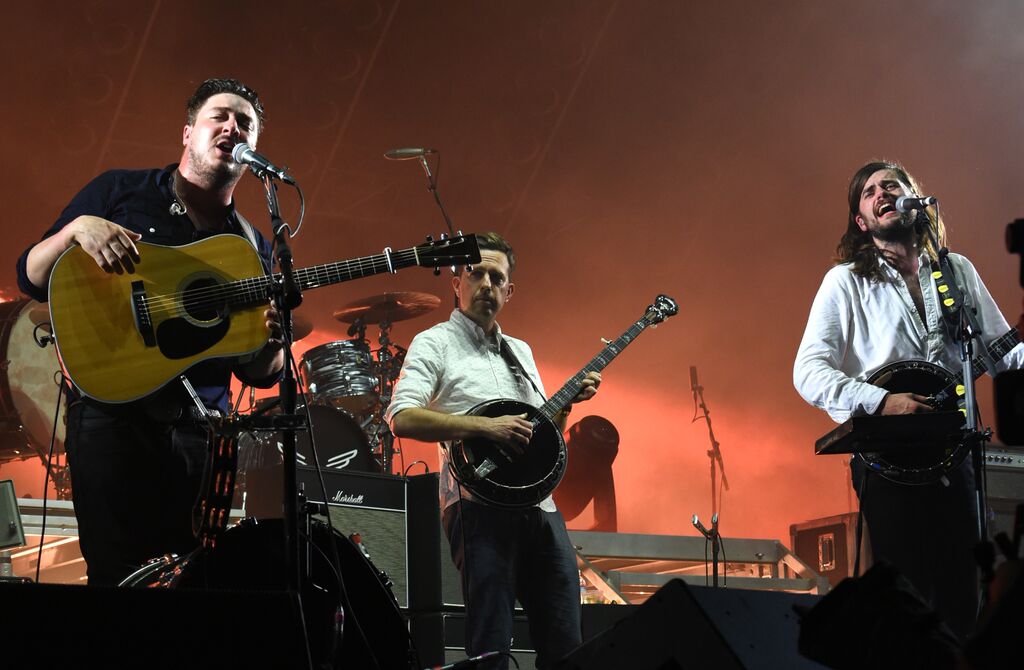 Two years ago, Mumford & Sons were set to headline Bonnaroo at the peak of their success. When bassist Ted Dwane had to undergo emergency brain surgery, the band had to cancel their appearance just two days before the festival.

If redemption was what the London-based folk rockers were after, they got that in spades after a lengthy main stage performance to one of the biggest crowds of the weekend.

Their set served as a reminder at just how many memorable tunes they’ve written over the past several years as they rose to prominent festival-headliner status. Mixing in a number of their electric-based tunes from their latest album with old favorites like “I Will Wait” and “Little Lion Man,” they proved there is emphasis on the rock aspect of their folk rock sound.

Marcus Mumford and Co. “got by with a little help from their friends” in the encore, covering The Beatles classic with Hozier, members of My Morning Jacket and The War on Drugs, Taylor Goldsmith of Dawes, and comedian/musician Ed Helms. Though they missed their last Bonnaroo date at no fault of their own, Saturday’s performance was a big boost of momentum as they tour their new material.

In the crowd, I saw two people getting it on just a few songs into Mumford & Sons’ set, some girl straddling a guy on the grass while trying to keep it from looking suspicious. I guess some people just get really riled up by some banjo. 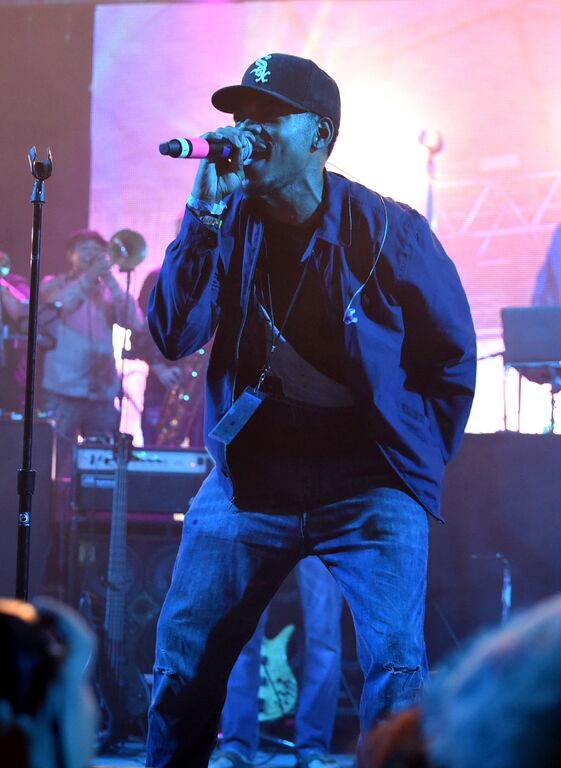 One of the main things that separate Bonnaroo from the rest of the never-ending list of music festivals is SuperJam. A set that blends genres of all types on one stage, this year’s super-jam was a cross breed of electronic, hip-hop, and rock. Actors Zach Galifianakis and Jon Hamm introduced the SuperJam. Chance the Rapper did Biggie Smalls proud with his rendition of “Juicy.” DMC of Run DMC came out and rapped “Walk This Way” and “Tricky” while hyping the crowd at 3 AM. The set went an extra hour over its scheduled time, going a solid three hours.

Things weren’t all glorious at SuperJam. With little rehearsal time and a largely-improvised set, things can get away from the performers. SZA seemed to know no words to Queen and David Bowie’s “Under Pressure” but the chorus as Jack Antonoff/Bleachers played along with her. Antonoff himself seemed to not know all the words to the INXS hit “Need You Tonight.” Despite these things, it didn’t stop people from dancing and singing along where they could. 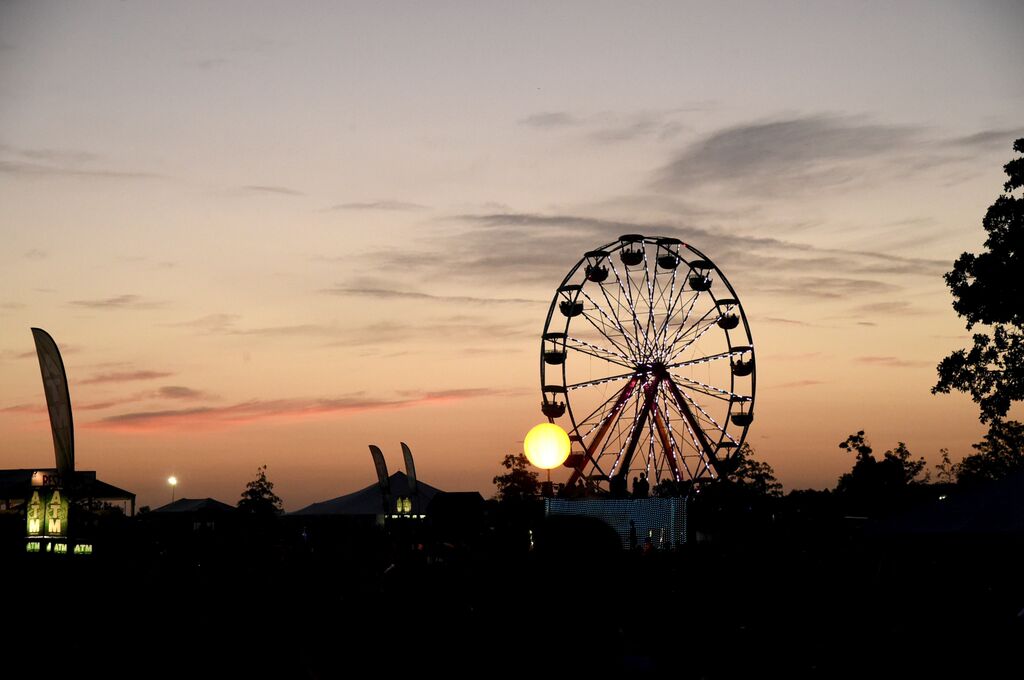 One of the most hyped sets of the weekend came just prior to Mumford’s set via actor/comedian Donald Glover’s hip-hop alter-ego, Childish Gambino. Gambino fans passed the time prior to his set with singalongs of various songs — from Biz Markie’s “Just a Friend” to the national anthem. By the time he took the stage, they were ready to shout along to songs like “II. Worldstar” and “IV. Sweatpants.”

Glover mixed in a number of bangers to go with some more soulful singing. Glover dropped a new track during his performance that the mostly-younger crowd embraced with fervor. Crowd favorites from his breakthrough album Because the Internet were rapped with the kind of passion that suggests why he’s got such a cult following in the first place.

Gary Clark Jr.’s blues-filled set was a never-ending parade of guitar solos and funk, treating the fans to a couple of new tracks before heading off the stage to lots of applause. Often-times, fans couldn’t hold in their appreciation for his guitar slaying, shouting noises of encouragement and excitement as he worked his fingers up the fretboard.

Jamie XX and Tycho delivered two of the most refreshing electronic sets of the weekend. Not built around “the drop,” these two seamlessly blended sounds together for a more chill kind of vibe — albeit in very different ways. Though Jamie XX’s set would have been better suited for the night time, he made the most of his sunlight set, mixing in some stellar samples with some awesome bass tracks for a dance-able but not too overwhelming set. Tycho brought his live set to the ‘Roo at midnight, layering his mixes with the live guitar and drums that accompanied him on the road. 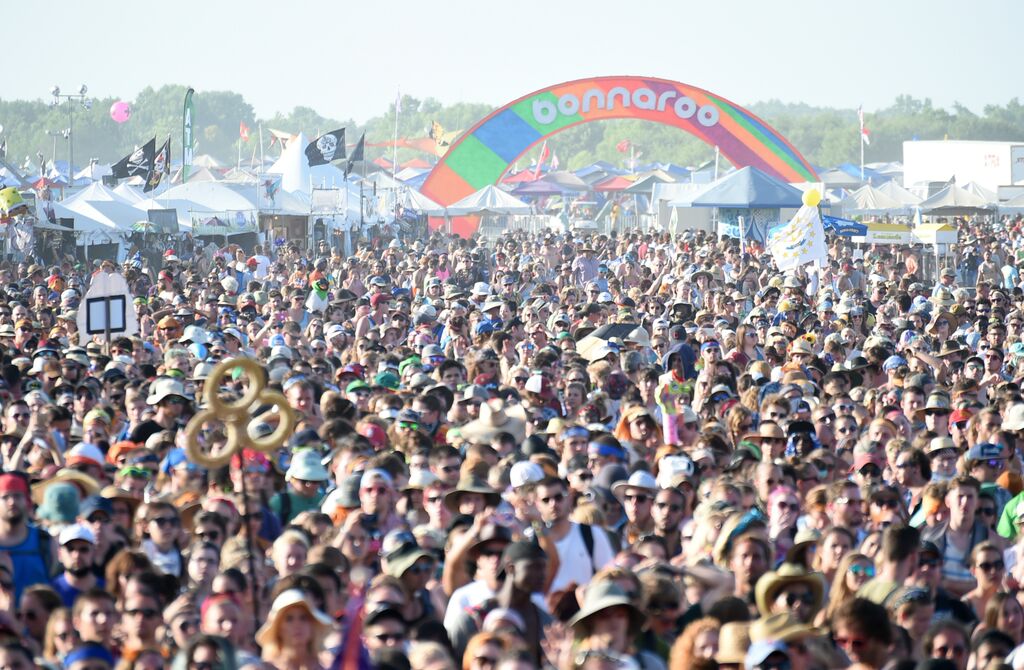 Neo-soul singer SZA pulled out all the stops during her set at The Other Tent. At one point, she brought out Chance the Rapper — who has been prolific all weekend at Bonnaroo — for his part in “Child’s Play,” no doubt giving her more credibility with the crowd, who rushed the front of the stage when the Chicago rapper appeared.

Wisconsin six-piece PHOX were enchanting for a nice crowd at The Other Tent early in the day with their sleepy and emotional tunes. Singer Monica Martin charmed the crowd in between songs with her funny and cute banter. Bassist Jason Krunnfusz provided nice depth on backup vocals on many of the songs, their sound a sort-of cross between Imogen Heap and Camera Obscura. Their cover of blink-182’s “I Miss You” had everyone nostalgic and was a great take on the pop-punk classic.

Sunday, you started to see some of the wear-and-tear on people after a long few days without a shower, usually accompanied by mass consumption of alcohol and other party favors. The heat and humidity was overbearing at times but attendees were eternal optimists, always quick with a high-five, embracing Bonnaroo’s mantra of “radiating positivity.” The music served as a great backdrop as people fully grasped the concept of how Bonnaroo is an escape from reality and its own little world. 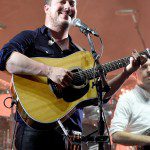 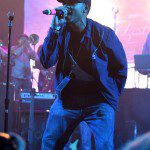 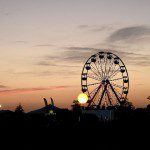 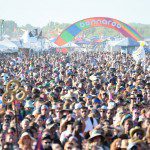 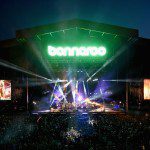 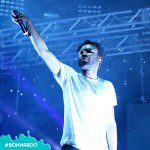 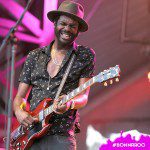 Beck closes Hangout Fest with a bang — is the beach-side fest the Coachella of the south?