It was a night of budding sensuality at The Echo last Tuesday, as DJ Windows 98 (aka the face of indie-rock heroes Arcade Fire, Win Butler) took to Echo Park to give Los Angeles a taste of his funky, mixing wizardry. Under green and purple lights, the older Butler showed off his disc jockey chops, pulling together Fleetwood Mac and Kanye West samples in ways that boggled the mind but kept fans grooving. But the night was not without its share of theatrics–what appeared to be Butler onstage adorned in the reflective costume seen on Arcade Fire’s Reflektor, tour was actually someone else. DJ Windows 98 was actually standing behind fans in the sound booth, pulling the strings behind his eclectic remixes from the shadows. The deception was lighthearted, and fans were visibly delighted at the return of the glass tattered figure that made numerous appearances with the band last year.

The nightly opener, a wild, bespectacled artist by the name of Harriet Brown–with fabulous hair to boot–wowed fans who had grown impatient at the time delays for Butler’s set. Dancing somewhere between R&B embattled melodies, spiced eccentrically with Prince-esque vocalizations, by the end of his short set Brown had seduced the crowd with his tender ferocity. 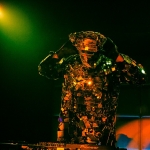 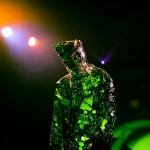 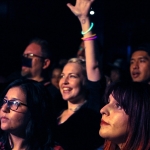 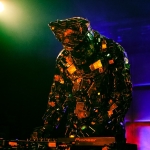 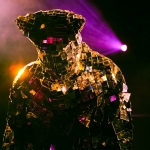 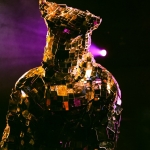 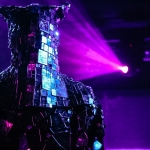 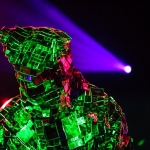 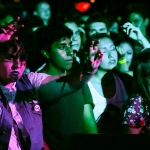 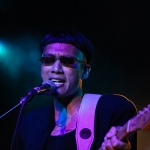 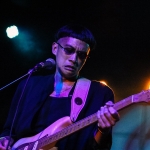 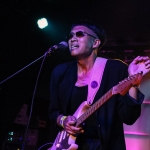 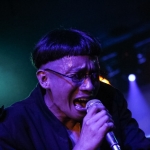 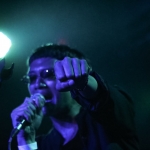 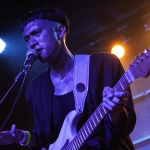 Photos of Arcade Fire’s Performance at Capitol Records in Hollywood!