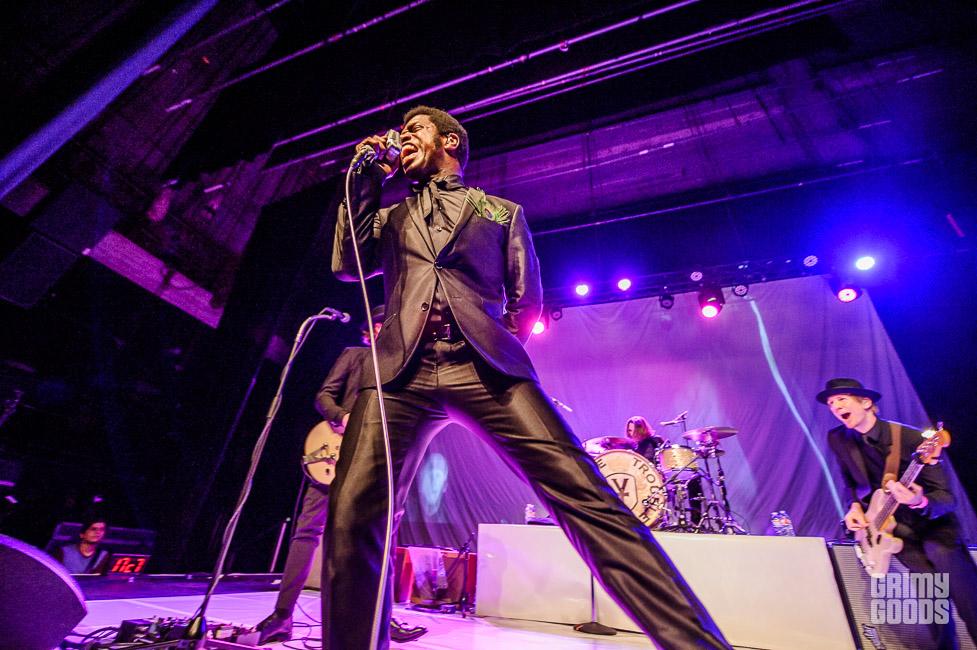 An unstoppable force, LA’s own Vintage Trouble rolled into the Fonda Theater on Wednesday night to showcase and release their sophomore album, 1 Hopeful Road. Since the release of their freshman offering, The Bomb Shelter Sessions in 2012, the band has continued to reach milestone after milestone. My first encounter with them came in 2012 when I found myself at the same stage with them at BottleRock Napa and they literally exploded before my eyes. It was a jaw dropping moment for myself and the many who found themselves in the audience that afternoon. At the time, they were being introduced to a wider audience as they were the opening act for The Who that year and working other shows along the way. They continued to work their loyal base in Europe, especially in the UK, and at the end of that tour, they opened for none other than The Rolling Stones in their back yard, Hyde Park. This year has seen the band signed with Blue Note Records and touring as the opener for AC/DC, playing for huge crowds all across Europe and will continue with more dates in the US.

A band’s second album is alway an important one. Fans will be watching and listening to see if they hear a further refinement of previous work or will they see a push in new directions. With legendary producer Don Was working with them, we hear something in between. Some exquisite refinements and a gentle push into some new territory, such as with the track, “My Heart Won’t Fall Again’, which is a light bouncy tune that could easily fall into the pop category. It’s a sweet song and an absolute delight. Other tracks show us more depth and refinements to what we’ve heard thus far from vocalist Ty Taylor. On this outing we hear a more developed singer who shows us absolute confidence in vocal technique and nuance. It’s one thing to be a powerhouse singer (a territory that he’s already demonstrated a dominance), but it’s those quiet intimate moments where you’ll also hear and feel the soul of the singer. Where we hear the soul that gives rise to the grand statement. From track to track we hear an expanded vocal tapestry from Taylor; rich, full, confident, and unpredictable. 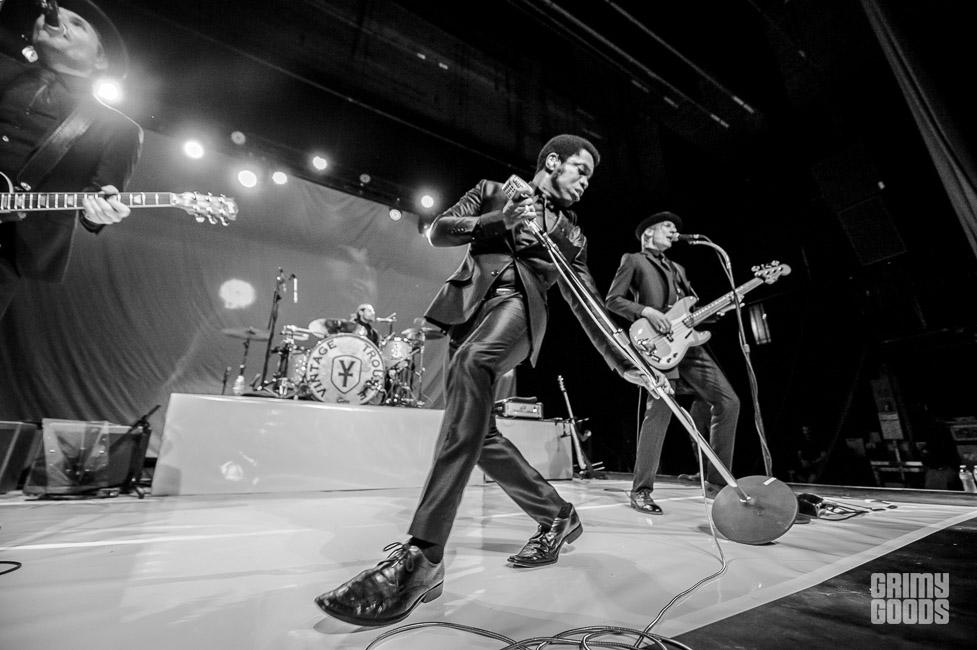 Many fans (known as Troublemakers) who have been following the band all know and love the explosive nature of their live performances and may have been surprised on Wednesday as there was a little less of that than usual. Indeed, the terrain of pelvis pushing, hip shaking, gritty, sweaty and highly sexualized performance is dominated by Vintage Trouble, but on Wednesday, they brought that and peeled back the layers to reveal another dimension as they drew heavily from the new release. Though the sound was a little boomy with a large round and punchy bottom that tended to favor Richard Danielson (drums) and Rick Barrio Dill (bass), the vocals remained clear as Nalle Colt’s guitar also had no problem cutting through the mix. Personally, I liked it and found myself wondering if this was a new direction for them, perhaps as a result of working with Don Was. All the subtle elements that are evident on the new album, were also audible on Wednesday night. While there were the expected hand clapping, foot stomping romps that Troublemakers have come to expect, there was more of the softer, articulate pleading voice where Ty reaches you man to man, man to woman, heart to heart and soul to soul. Vintage Trouble has always felt like a tight band. They’re a band that knows and respects what each of them brings to the party as they play with heart, conviction and a deep knowledge that they have something very meaningful to share with us and the world at large. This week’s show at The Fonda builds upon that legacy.

Opening for Vintage Trouble was singer and songwriter Audra Mae who delivered an excellent set. From the start, she had the house with her as she possesses a very good voice and her songs are solid. As she moved through her catalog, she gave clues to the strength of her voice and by the time she reached the one cover (Hozier’s “To Be Alone”), she sealed the deal as she owned it. It was a rather stunning treatment she gave and had the crowd roaring with approval. She left the stage to thunderous applause and would return later to join Vintage Trouble for a song. 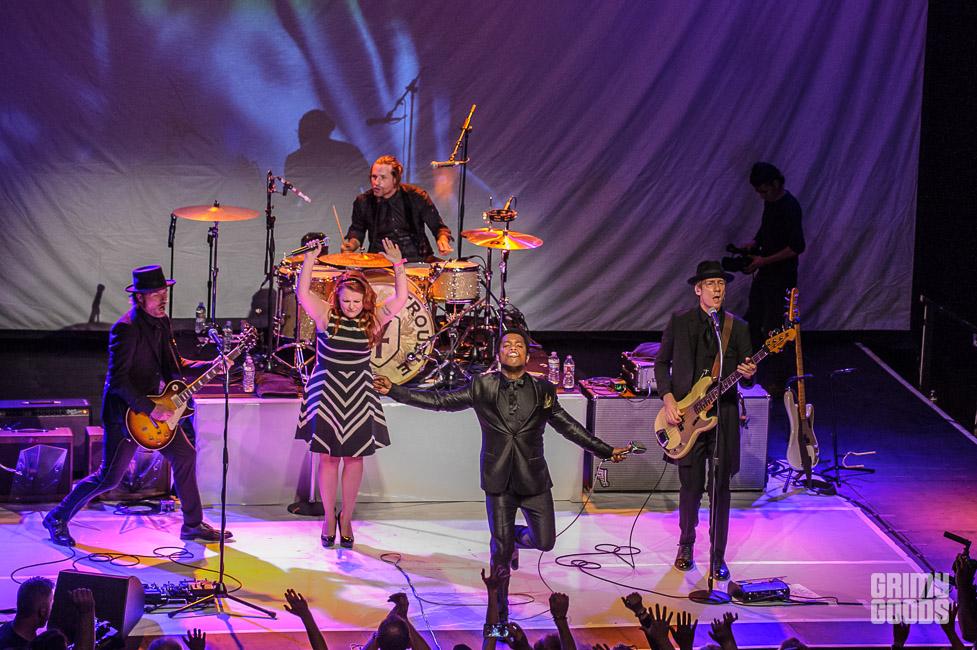 Modern music history is filled with many hallowed voices and personalities that continue to resonate through time, such as Aretha Franklin, Al Green, and Marvin Gaye, just to name a few. After hearing 1 Hopeful Road and witnessing this week’s performance at the Fonda, it’s likely that Ty Taylor and Vintage Trouble will be included in that company. Sonically, musically, and thematically, this album puts everyone on notice their vision is on the long run. There’s no doubt in my mind we’ll enjoy hearing Vintage Trouble for many years to come. 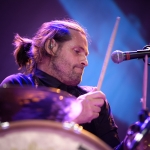 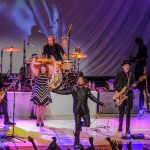 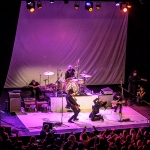 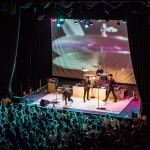 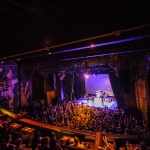