There comes a time in everyone’s week, heck everyone’s day where the need for a pick-me-up is necessary. Some resort to coffee and energy drinks (wink wink Red Bull, nudge nudge Red Bull) while others find a more acoustic/melodic approach; music. Combine the two and you have Red Bull’s Sound Select’s #30DaysinLA music marathon that featuring live performances from some of the world’s finest musicians and rising stars. This past Thursday night one of the most famous DJ/producers in the world, Flume showed his true colors at the Mayan Theater in downtown Los Angeles.

For me it was my first time at the historic Mayan Theater. I had heard from my night’s first Uber driver that I was in for a real treat. “Dude, it’s a beautiful venue. The vibe is always so on point. I remember playing there with Eddie Vedder years ago,” shared my Uber driver. As I walked in to the 86-year-old venue a sense of history overwhelmed me. All the greats have played the Mayan including but not limited to Van Halen, Metallica, Coldplay, and Barbra Streisand. Mayan-themed architecture littered the foyer of the theater along with an onslaught of artistically grouped together televisions broadcasting future 30DaysinLA performances.

Then it was time, time for the fireworks to start illuminating the night. First on the stage was a DJ that goes by the name Taskforce. I wish I had a cheat sheet to provide you the reader with fun-filled facts about the DJ but nope, there’s nothing online to offer such. But that’s ok! His performance speaks for itself; deep drum tracks filled with elements of 80s electronica circumvented Taskforce’s set. Even as thee opening act, Taskforce was able to bring the audience alive, preparing them for a full night of delicious music.

Tommy Paxton-Beesley, or better known as his stage name River Tiber hails from Toronto, Ontario. And fuck, I love Canadians (super sexy maple syrup and poutine-loving people). Aside from the edible, heavenly creations that Canadian’s have provided us with, Canucks also pump out some of the finest music in all the land – River Tiber being no exception. After several minutes of tweaking their gear Tommy and his band began playing to what would become a very receptive crowd. Playing such familiar tracks as “The Star Falls” and the geographically appropriate “California” the band won over the audience almost instantaneously. Blue lights were the predominate color for the stage lighting during the band’s set which provided a cool, soft atmosphere to enjoy a band that will ultimately find themselves on a much bigger stage.

At last the time had arrived for the headliner to start showing face. Harley Edward Streten, or better known as his stage name Flume took the stage at the Mayan circa 11:15PM to what would be remembered as a performance for the books. It’s pretty safe to say that Flume has transitioned himself from an oddity act to a full-fledged household name. With the help of multiple headlining slots at festivals such as Lightning in a Bottle and the Governor’s Ball the Australian DJ has proved that he has the goods to make himself stand apart from a mobbed scene. Hitting the Mayan’s crowd with such monster tracks as “Holdin On” and “Drop the Game” Flume reminded us that the world of electronic music is here to stay. Aside from him solo tracks Flume also pressed play on joint-venture songs such as “Left Alone” which features Chet Faker and “Some Minds” that features Andrew Wyatt. Periodically Flume would take the microphone and ask the audience if everything was ok, as if he was self-conscious about the larger-than-life tracks he was blasting, causing the audience to loose themselves in pure ecstasy. To top it all off, Flume was joined on stage by Miike Snow’s Andrew Wyatt.

With or without Red Bull everyone that was in attendance last Thursday night at Flume’s concert was wide-awake, aching to hear an endless supply of music that touched so many souls. 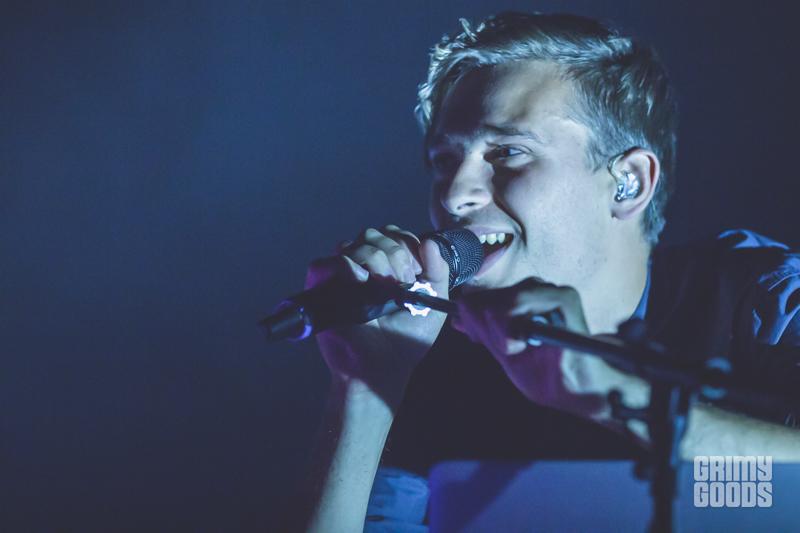 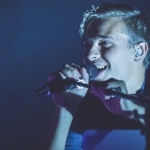 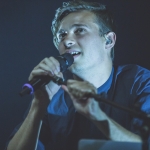 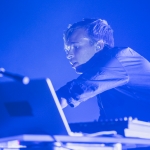 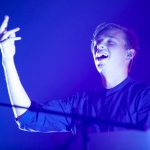 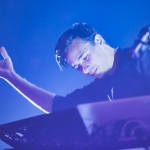 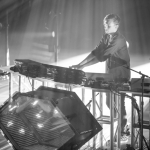 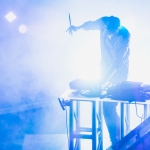 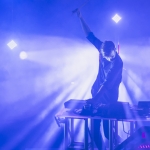 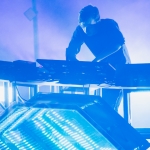 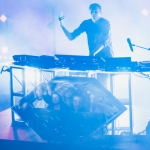 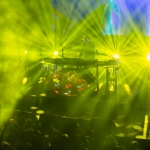 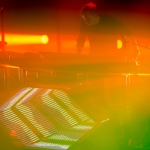 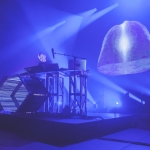 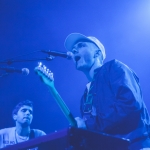 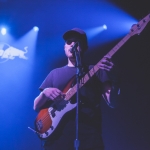 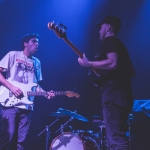 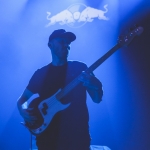 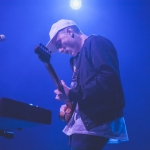 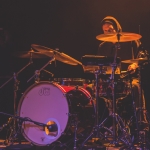 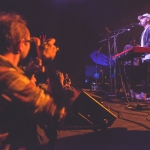 Hot Artist Alert: River Tiber’s new EP “When The Time Is Right” gives all the feels