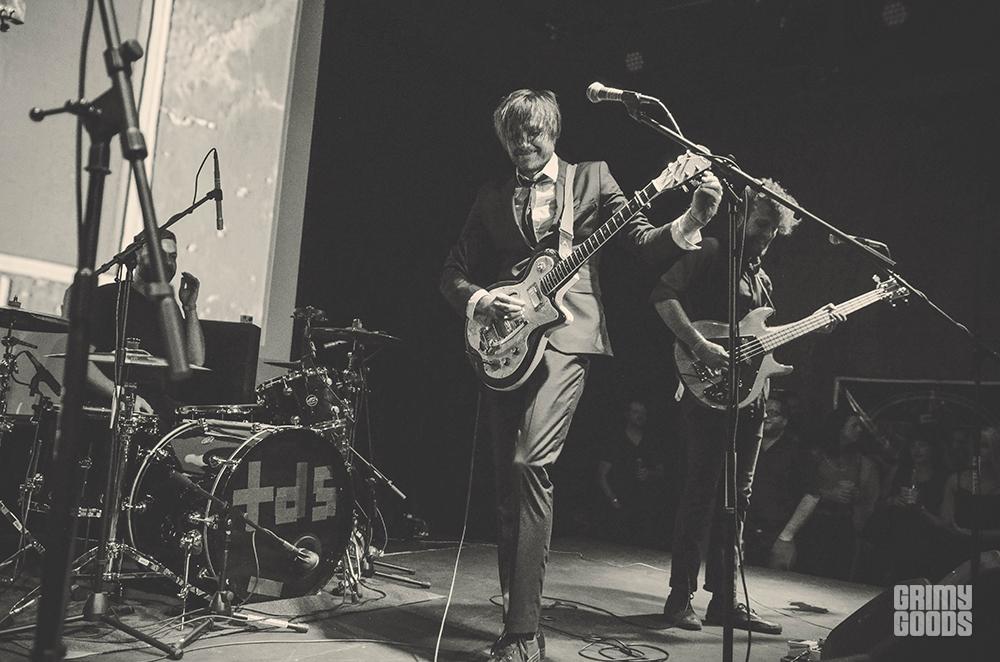 Los Angeles indie rock band The Dead Ships have had a helluva start to 2016.

They were added to the Coachella lineup around the time it came out. While trying to track down a contact number for the band and even having his Coachella family reach out to those that may have The Dead Ships contact number (including a text to our editor) — Paul Tollett, the man at Goldenvoice who curates the festival’s lineup, called the band’s manager and offered them a spot on Saturday’s bill. This was accomplished without a label or booking agent (but a lot of Grimy Goods love), quite the feat in today’s music landscape.

The band also now does have a label — Nevado Music — who just announced adding this rock band to their roster. They will release a full-length record from the band this summer. They’ve been getting a lot of airplay on KROQ’s Locals Only radio segment as well. All of this is much deserved.

To say they’ve been an overnight sensation would be incorrect. They’ve been working hard for years, playing the L.A. scene and building their name as one of the best live bands from the city (and one of our personal favorites) since forming in 2011. Broken Social Scene’s Brendan Canning produced their riveting EP 1 last May and momentum has been working in their favor ever since.

The band has seen comparisons made to The Strokes and The Black Keys from major outlets — though they’ve definitely got more of a folksy sound than either of those behemoths. There’s a certain throwback feel to their sound. Lead vocalist and guitarist Devlin McCluskey has a killer voice.

They’ll probably play an early set Saturday afternoon, so make sure to drink your Pedialyte to fight that hangover and head over early. You might catch McCluskey dappered out in a nice suit the way he’s been known to play.

The band is allegedly bringing a beefier lineup to the Polo Grounds having brought additional members on keyboards and guitar to a performance in Pomona just last week.

This could be the year The Dead Ships look back on and see as a major turning point in their careers. That makes their performance on the Coachella stage all the more important. Past performances have us believing they’ll more than live up to the pressure.

The Dead Ships give riveting performance at packed Bootleg show