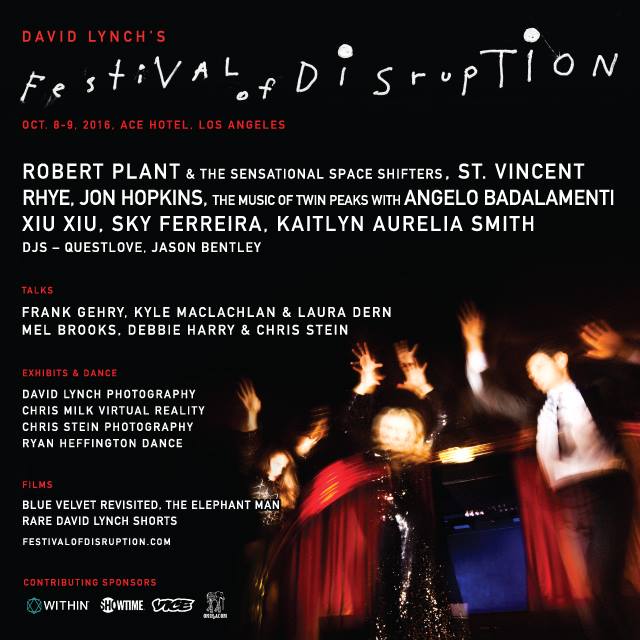 PRESALE:
Presale tickets to Festival of Disruption will go on sale Thursday, June 23 at 10AM. Two day general admission is priced at $199, and two day Director’s Circle passes are priced at $349. Access the presale by using the ticket link below and following password: DISRUPT.

GET TICKETS TO DAVID LYNCH’S FESTIVAL OF DISRUPTION!

100% of the proceeds from the festival benefit the David Lynch Foundation, whose mission is reducing toxic stress and trauma among at-risk populations, including victims of domestic violence, veterans suffering from PTSD, and underserved urban youth, through the evidence-based Transcendental Meditation technique.

Festival of Disruption Teaser from DLFTV on Vimeo.