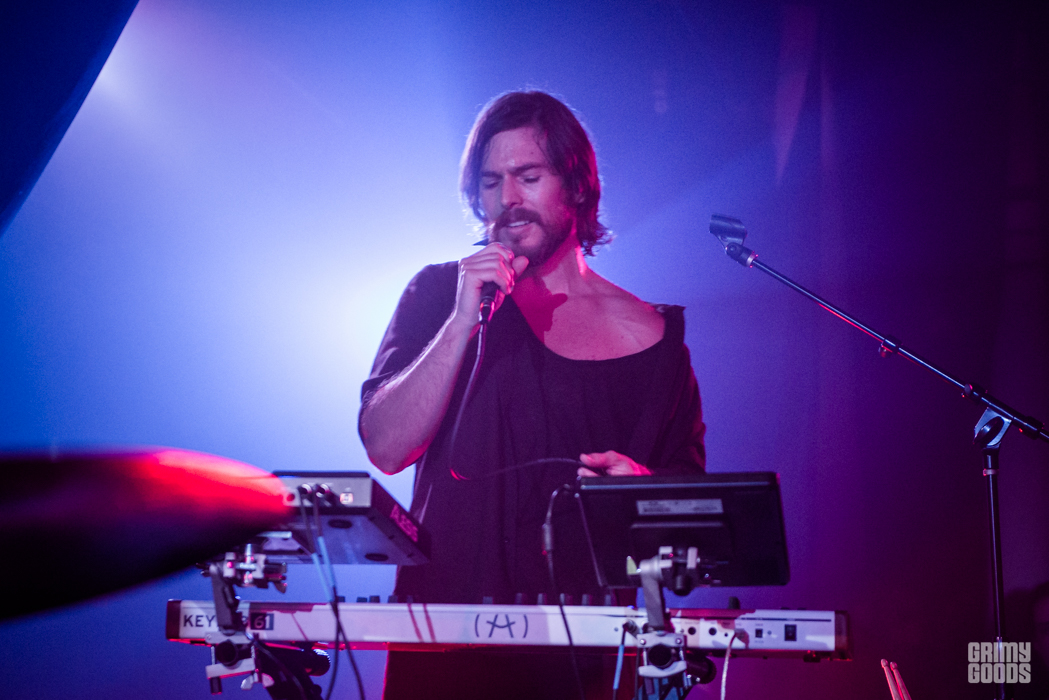 Monday night at the Echo marked the final night of Kauf’s monthlong residency at the famous Echo Park venue. He was joined by some of LA’s brightest indie rockers, including Rush Midnight and pr0files, with a closing DJ set by Jeffrey Brodsky that kept the crowd dancing after hours.

Some seemingly discarded blue lights were lying askew across the instruments lining the stage when I arrived. Standing in front of them, playing bass and singing, was the artist known as Rush Midnight. His set evoked more images of sunny afternoons than the dead of night, but I guess it’s twelve o’clock somewhere? (I apologize for that terrible joke.) But really, his funky tropical vibes are refreshing and I hope to hear more from him soon.

After all the equipment was set for the next performance, a fog machine was left to work overtime, loading the entire venue with a grey haze, cut only by the solitary white light illuminating the stage for the techs. Pr0files came out before long, and played with dramatic light sequences dancing in the fog. It was a slightly overwhelming sensory experience, but the music was easy to get lost in. Lauren Pardini, the lead singer, delivers pop ballads with a fantastic energy.

Kauf came out to finish out the live bands for the night, accompanied by a drummer (or two). After three previous weeks on that stage, you could tell he was feeling comfortable playing songs from his upcoming full-length record, Regrowth, due out later this year. Out the gate, the crowd was on their feet, moving to Kauf’s brand of bright electronica, and they continued to dance until the music was gone. A successful finale for Kauf’s residency, if I do say so myself.

〉〉〉MORE: Kauf Opens for Sofi Tukker at the Lyric Theater

〉〉〉STREAM: Kauf As Much Again EP