Wild Nothing at The Regent – Photo: Kirby Gladstein

Even for a Friday night, on October 27th the Regent buzzed with heavy anticipation. The venue filled quickly as the show started, which bottlenecked the entrance and caused a line that stretched well past the cafe next door. Fans of Wild Nothing and Men I Trust sold out the show about a month ahead of time, and have waited patiently for this night to arrive; this celebration of Wild Nothing’s latest record turned out to be a riotous time.

French-Canadian dream pop trio Men I Trust appeared as a quartet to open up the night. This is only the second time the band has visited LA, after having headlined the Echoplex this past June. A collection of recent one-off singles since their second album seems to have extended their reach, gaining exposure without publicity or label backing. The same fans from that summer show were in ample supply last week; they concentrated themselves in the middle-front of the audience for the band’s set. Many could not hold back their outbursts of affection.

The Regent is a large space, and at times I wasn’t convinced that Men I Trust’s sound entirely filled it up; regardless, the music itself was better than ever. Their live show has a leisurely energy, where each well-placed groove is meant to be soaked up slowly. A typical Los Angeles audience doesn’t dance, but everyone began warming up during “Show Me How,” a particularly smooth number in every way. Still, the bass is arguably their most powerful instrument.

Wild Nothing at The Regent – Photo: Kirby Gladstein

There were a handful of guaranteed applause points after Men I Trust left the stage. The first, which came up a few times before Wild Nothing officially began, was when band leader Jack Tatum came out to load in and check his equipment. He wore a baseball hat that obscured his face, especially during the show when he was looking away from the lights, but everyone knew it was him. When he and the rest of the band finally did take the stage, they didn’t hesitate in kicking off the set with gusto.

Wild Nothing is well-loved for its easy-going indie rock, and the crowd rocked to their new music with as much enthusiasm as their old. They pulled from several fabrics, including shoegaze and dream rock, never letting up on danceable rhythms. Guitar solos were another easy moment for applause, and there were several throughout the night. A rousing sing-along accompanied “Live In Dreams,” one of at least three unforgettable singles from their acclaimed 2010 record, Gemini. It seemed that everyone knew the new album, Indigo, too. Every fan had an opportunity to share their rowdy love for the band.

One of the stars of the show was Wild Nothing’s saxophonist. He lurked behind a synthesizer on tracks that didn’t call for his majestic woodwind. When it was his time to shine, he milked every moment; his entire body rolled with the notes, and everyone went wild for it. It seemed as though they replaced other song elements, such as string arrangements in “Shadow,” with the sax. The translation was seamless.

The band’s fairly extensive catalog lent to a enduring setlist, ending on a high note with a three-song encore. It was the exuberant concert that fans needed after the band took a years-long hiatus from live shows. Their return is overdue but oh-so sweet. 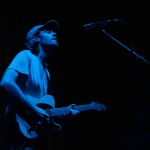 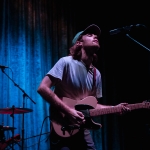 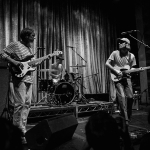 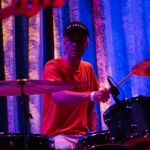 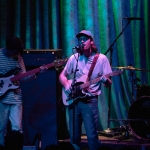 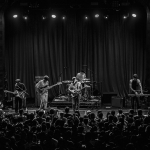 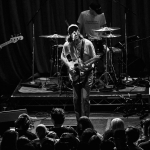 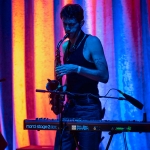 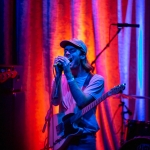