Friday night and the feeling was so right down town at the Theatre at Ace for a night of musical therapy. Sharon Van Etten sold the beautiful space out to strike us with her matchless talent. Warming up the audience was Nilüfer Yanya. The young musician hails from West London with great presence. I know I was not alone in my instantaneous admiration for the songs she shared. I couldn’t help but think of sound comparisons to fellow London-er, Imogen Heap. The show came at a perfect time to promote her upcoming debut record Miss Universe, which is due out at the end of March via ATO records. With her sharp and breathy note changes, Yanya easily proved her spot on the beautiful Ace stage and charmed effortlessly.

With the theatre now packed to the max, house lights dimmed and production lights mood-lit the stage as members of Sharon Van Etten’s band took their places and began the intro to the dark and ghostly track, “Jupiter 4” off the new record. The crowd roared as Sharon gracefully took center stage and got right to it. The intensity of the song mixed with the devoted theatrics captivated and really paved way for the night’s commanding performance. It’d been nearly five years since Sharon’s last album so January’s release of Remind Me Tomorrow was anxiously awaited! The record is without a doubt a rock album, but brings forth that distinctively atmospheric and emotional sound we love from her. Performing the crashing hit “Comeback Kid,” Van Etten marched around in her stunning velvet pantsuit leaving no stage space untouched. Eventually pausing during her guitar tuning, Sharon joyfully greeted the audience and expressed her truest gratitude for everyone’s accompaniment to her, and I quote, “sold out at the fucking Ace” show!

With intention to perform all her new music, she jokingly teased the crowd by saying they’d maybe play some oldies. She did; then she glided right into “One Day” off her 2010 sophomore record Epic. The rest of the night followed mostly through with the aforementioned intention as well as a striking cover of Sinéad O’Connor’s “Black Boys on Mopeds.” The ballad was executed stunningly, making it seemingly effortless to sink into our seats. We didn’t get too comfortable though, Sharon was then rejoined by her bandmates and got up from the piano bench to give a flawless showcase of “Seventeen.”

We all got to our feet and danced as if it was the end of the night. Thankfully it was not and we got much more. Nevertheless when the show did understandably end, we left with warmth in our hearts to have enjoyed such a remarkable night of music.

Welcome back, Sharon. We missed you! 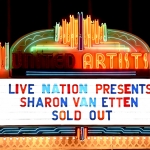 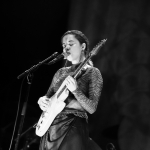 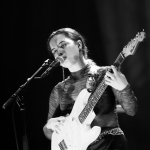 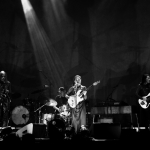 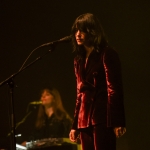 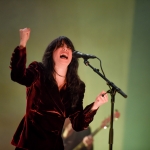 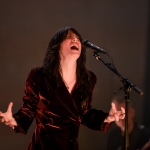 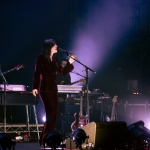 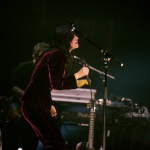 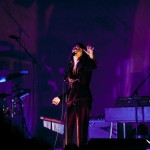 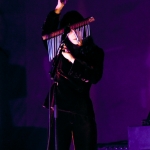 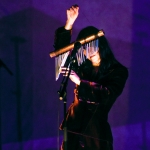 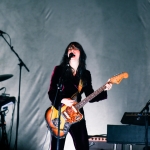 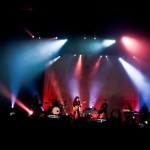 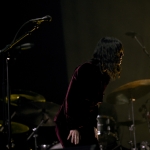 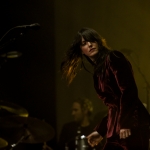 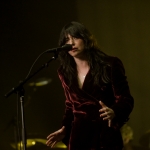 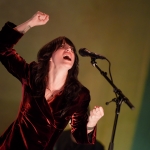 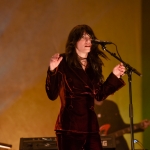 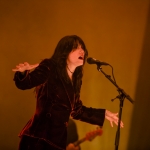