Weyes Blood submerged concert goers in a warm pool of psychedelic folk rock at The Fonda Wednesday night. Natalie Mering, who has performed under various iterations of the moniker “Wise Blood” since she was 15, spun intricate and precise ballads that swelled and filled the entire venue. The grand arrangements felt nostalgic and sentimental, glimmering through an anachronistic filter. Blankets of smoke clinging to the stage, trippy oil splotches being projected on the screen behind the band, and the faint whirr of chirping crickets between songs lent a dream-like vibe to the entire set. The California native mentioned this show was particularly special to her as her mom and dog were in attendance.

In support of their latest release, Titanic Rising, Weyes Blood will spend the beginning of this fall touring the states before hopping across the pond for a European stint lasting through November.

Photos and words by Kirby Gladstein 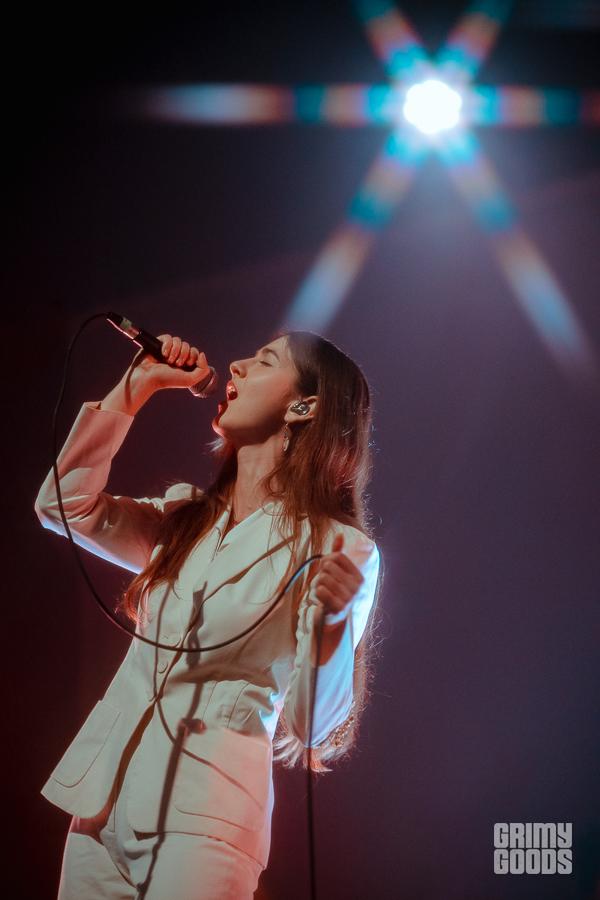 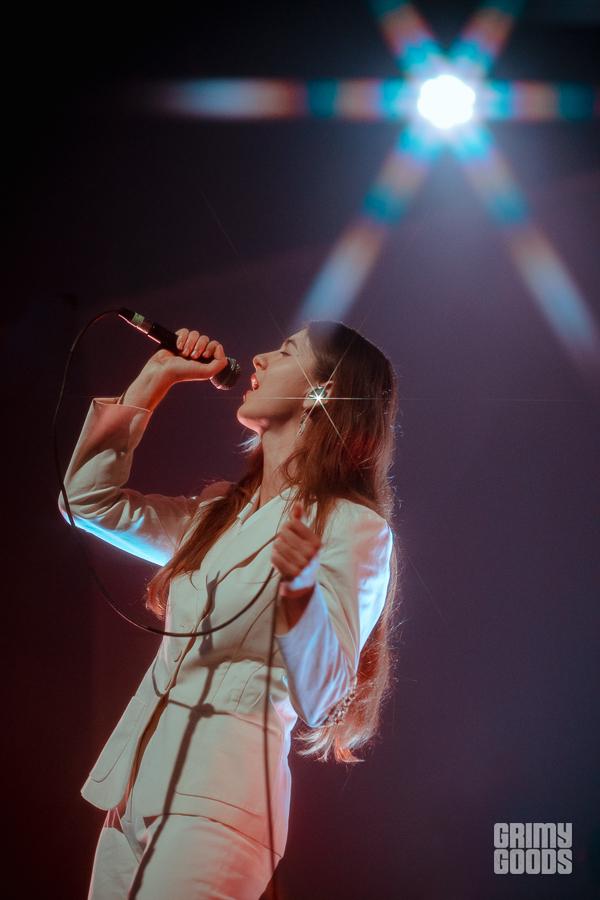 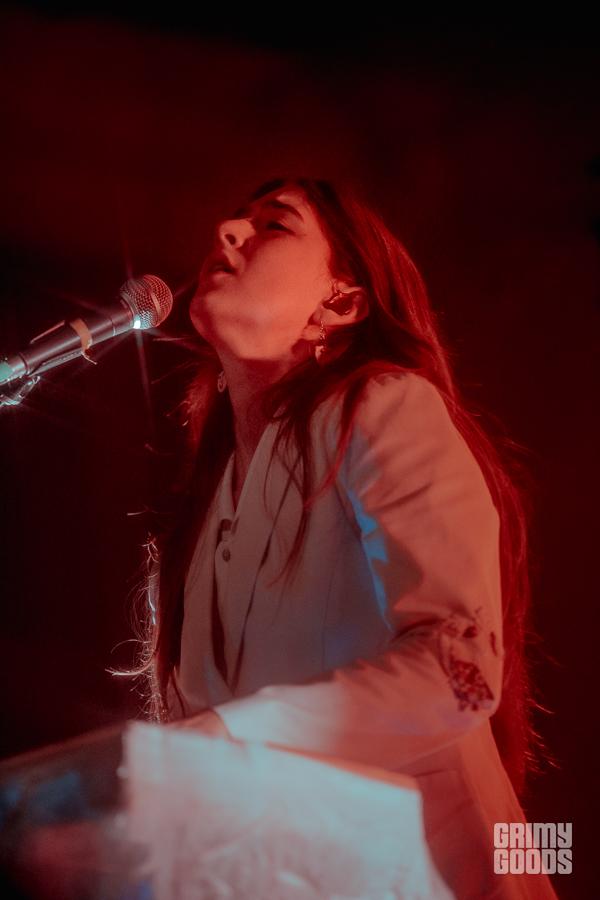 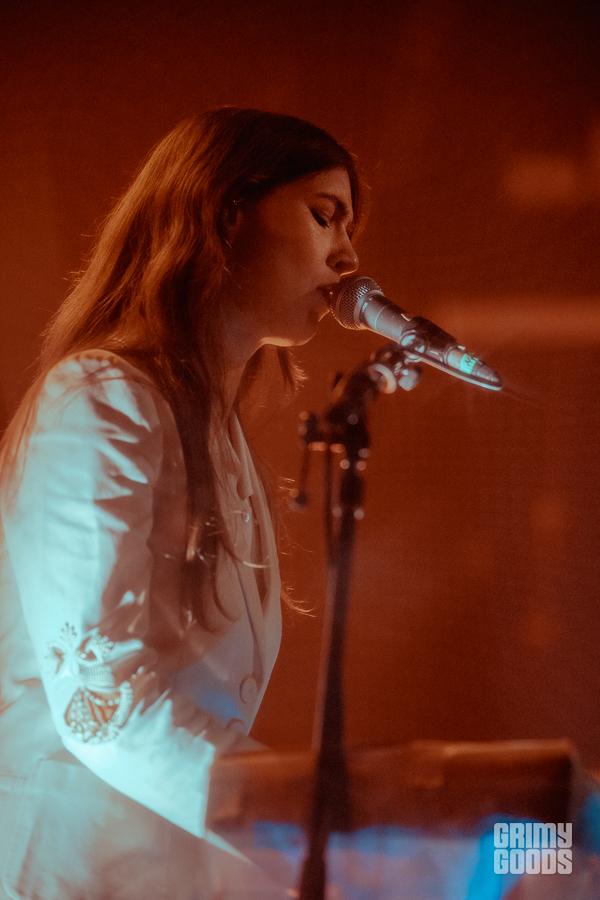 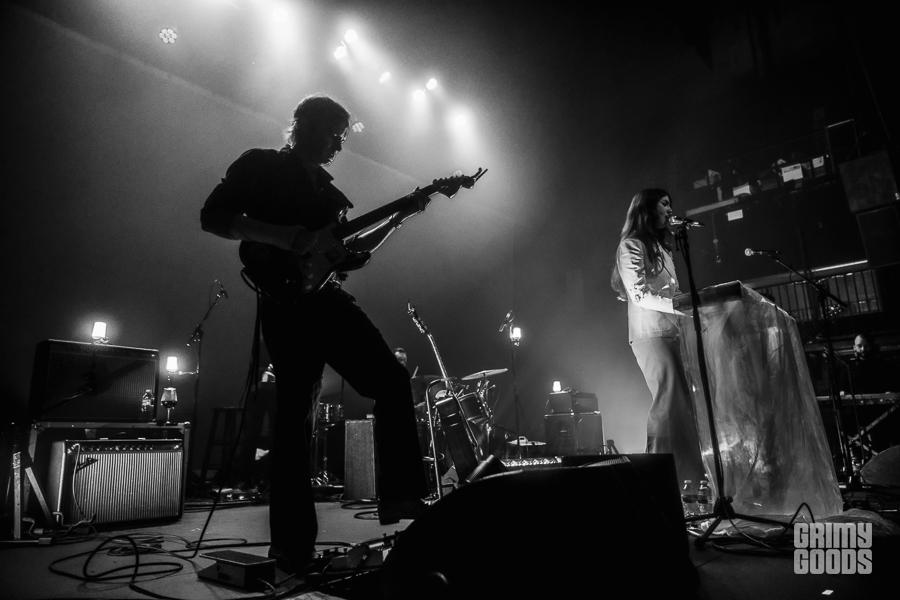 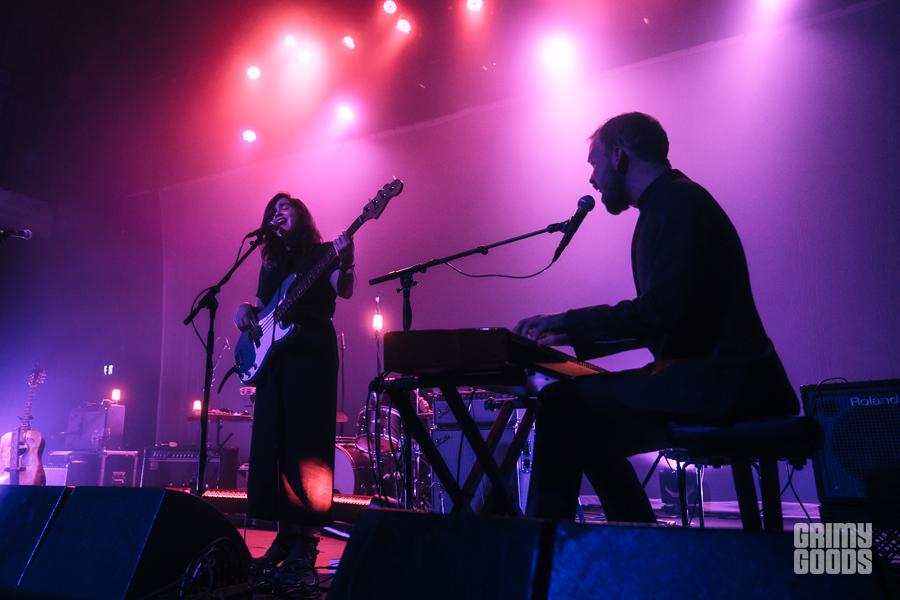 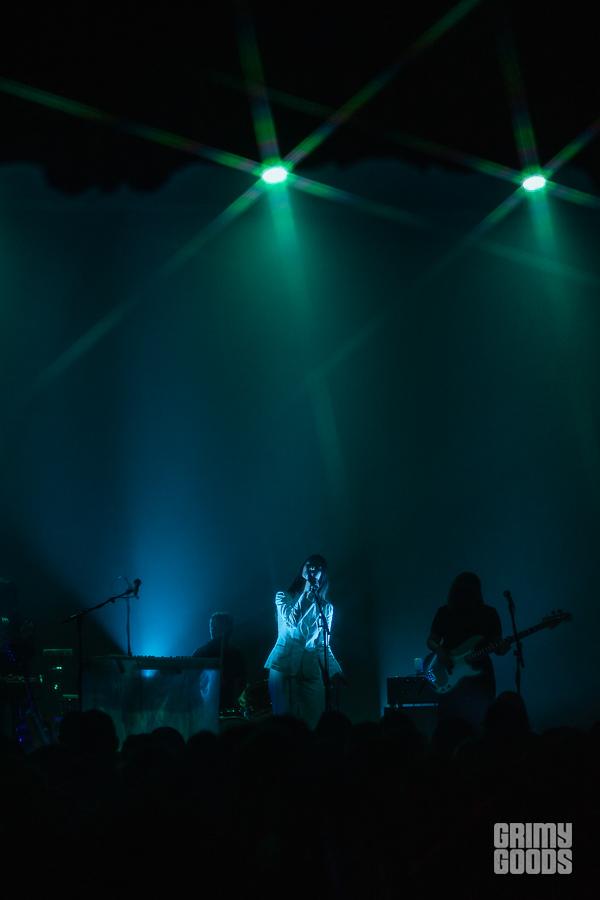 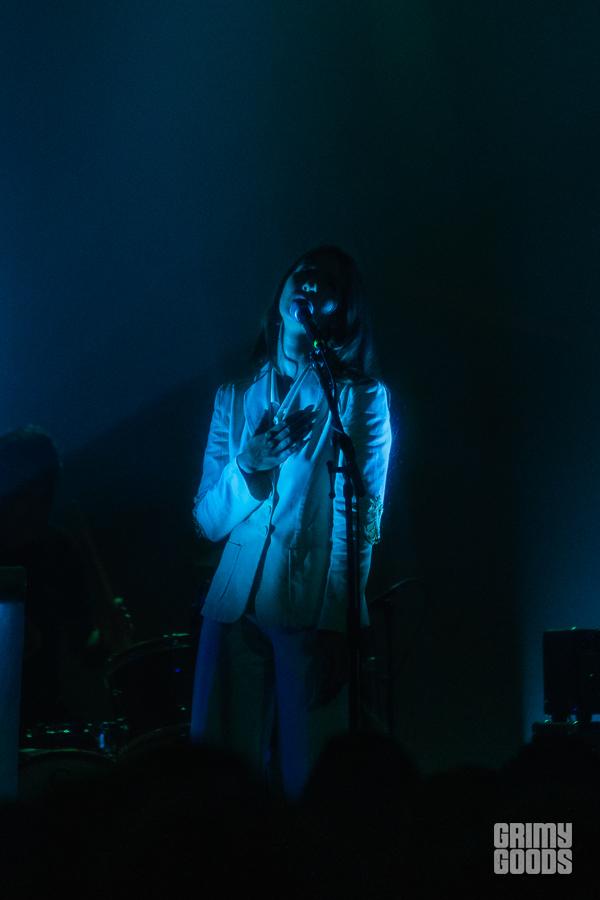 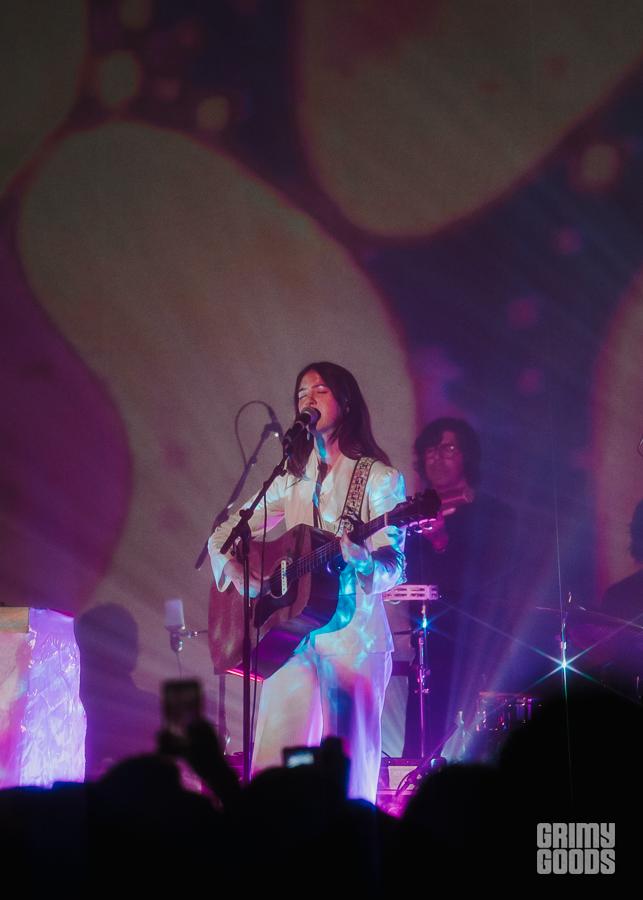 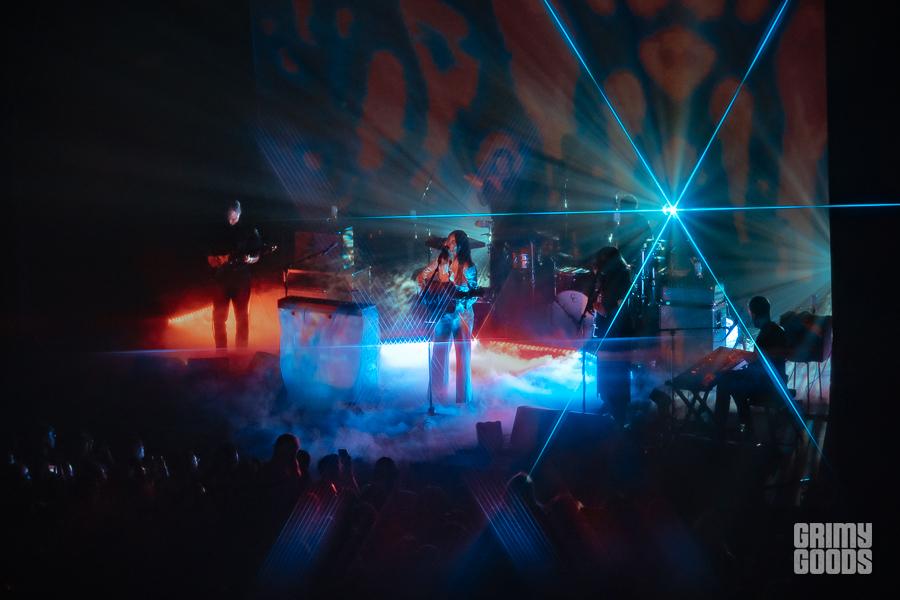 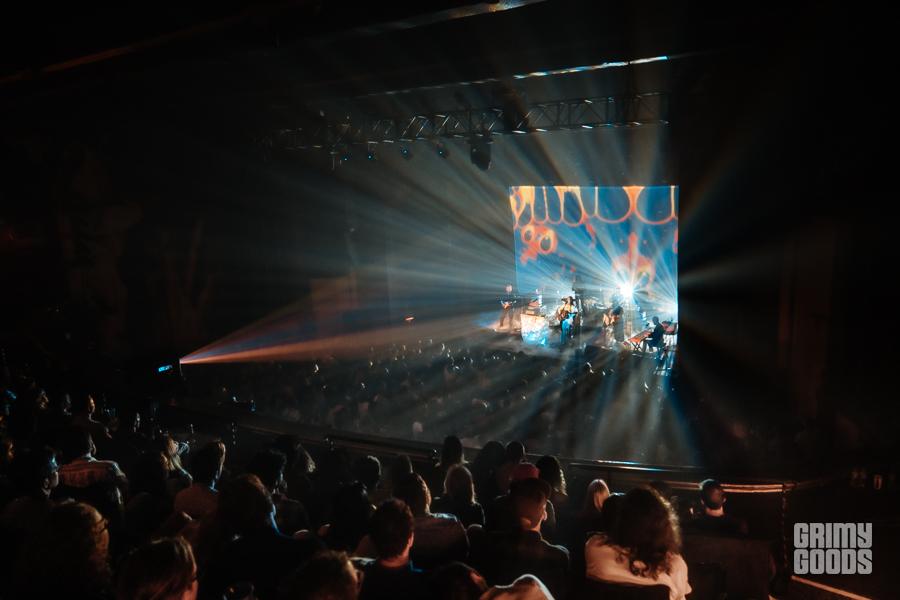