Friday night in Downtown LA was one worth going out for. The Moroccan Lounge hosted a night that was warm as whiskey in your belly. With his signature glam-rock sound, Kyle Craft and his band, Showboat Honey, filled the music hall with eager listeners. Having just released his third record, self-titled for his new band, Showboat Honey, he came ready to put on a show.

Kyle Craft’s new album was released via Sub Pop last month and has since gained quite the recognition in the short month’s time. Without time to waste, the band made their way on stage and went right into the track “Sunday Driver” off the new record. Fans instantly pushed forward and swayed along. Craft’s vocals are insane. He’s been compared to none other than 70’s operatic-rock musician, Meat Loaf. I couldn’t agree more, to be perfectly honest! It felt like I walked right into a time machine at this show. With the live band sounding so synced and precise, you couldn’t help but bob your head back and forth.

Craft has quite the background of traveling and learning from his surroundings, which his music definitely reflects. It was the smoothest southern-rock I’ve ever had the pleasure of catching live. He even brought a good friend on stage that we could definitely recognize. Lauren Ruth Ward – the indie-Americana powerhouse joined Craft on stage for a beautiful Bob Dylan cover! It was a killer ending to an already unforgettable set. 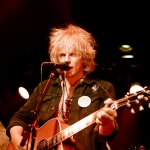 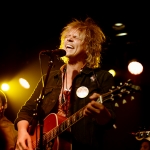 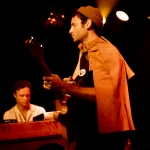 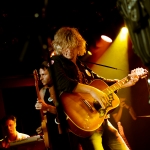 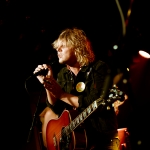 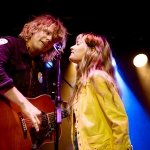 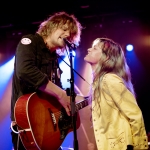