New York’s Evan Mast and Mike Stroud have sure given the Ratatat name a heavy work out. Through a wealth of genre-blurring buzz, three albums and two remix collections of pure late-night, college-party fuel, high-profile live slots, fashion show soundtracking, and a general line-walking acclaim between both the mainstream and indie camps, the duo has […]

Indie rock innovators, The Strokes played their first official major performance (aside from their mini surprise gig last week) in four years this past weekend at the Isle of Wright. Awesomely enough, the Isle of Wright caught it all for your viewing pleasure. Check out the footage below. The Strokes look and sound damn good! […] 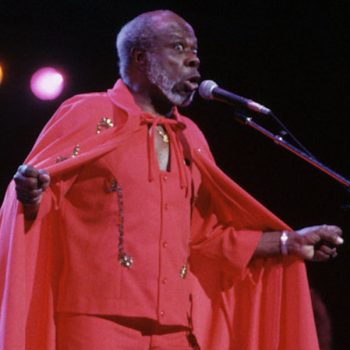 UPDATE: Feb. 5, 2019 — It’s been 9 years since Grimy Goods wrote their first Vintage Gold feature — a column inspired by my ultimate love for the good ole shit. I’m talking the raw, filterless, grimy goods. Ya feel me? Whether punk, funk, goth, blues, hip hop or techno — much of the many […]

It’s an impressive feat for an album right out of the gate to cause momentary shock and awe and give you a feeling of “What is this?!?” Yet, first listen to Sleigh Bells’ “Treats” will have you full of questions and wonder. “Who is this?” “Is this pop? Or rap? Or electro? Metal?” Finally concluding […]

Portland, OR sextet Blitzen Trapper plays a familiar sound. As bandleader Eric Earley has been playing since the age of three, the sound of his youth is by far the most perceptible thing you’ll hear; The Beatles, Gram Parsons, Van Morrison, Young, etc bends through their latest (and fifth) LP, “Destroyer Of The Void” (Sub […]

Kaki King’s newest album, “Junior”, is a subtlety of significance — a work for longtime fans to absorb and compare to its most similar piece “Dreaming of Revenge,” and for newcomers to dive into a budding singer/song-writer continuing to find her voice. For those who have followed Kaki King’s career, “Junior” is an album that […]

Damn! These boys are cute. Ha! Okay now to the matter of importance … the music. I’m listening to and experiencing just released album “Electric Toys” by New York City band The Dig. After hitting play you are exposed to the first few seconds of an album that will more than likely shape your feelings […]

I really would like to know what that intoxicating sound at the beginning of “Glass Windows,” the opening track on the album “Sinister Devices” by Viernes is. It’s some sort of electronic drum sound thingy, and I want to play one.   This album is soaking in all kinds of electronic textures and sounds layered with […]

Walking Sleep used to be called The Flying Tourbillon Orchestra. So if a couple years ago I told you to listen to them, this is what you should be listening to now. Their first full-length album, “Measures,” came out May 25, 2010 and after listening to it I can proudly confirm that I’m still a […]

The halfway point of “True Love Cast Out All Evil” is “John Lawman” where just after the three-minute mark, the music crashes and a far-away sound of an announcer speaks: “Roky’s going to take a break, he’ll be right back in just a bit…” and we hear the singer thank us and walk out. For […]