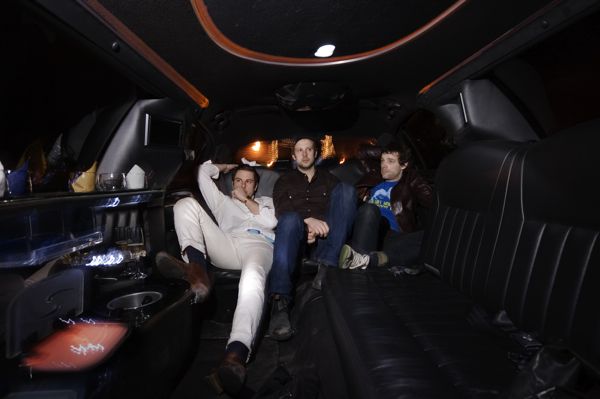 With a album name like “La La Land” and timely song titles such as “American Idol” and “Tom Cruz,” you might expect some glam-laced rock tracks or at the least, an album chalk-full of songs that are of the indie electro mash-up ilk that is so popular right now. Well, the Plants and Animals band don’t deliver much of the city of angels glitz on their latest. Instead the Montreal outfit’s “La La Land” is a hodgepodge of psychedelic-70s-like prog-rock with few shiny moments pit against more that could be best described as bland and vanilla.

It’s easy to slap them with the “sophomore slump” title here, but before any bitch slapping with cliché monikers, let’s talk sweetly. The track, “Undone Melody” is mostly great. It’s a slow swirling mix of acoustic guitar and rock riffs with lovely lulling subtle vocals that steadily build to an unfortunately weak climax, but hey, it’s about the journey not the destination or something, right? Next, “Kon Tiki” is a lazy, hazy track infused with California sunshine and jam band appeal. Again, it’s pleasant enough, yet leaves much to be desired at the conclusion. The track, “Jeans, Jeans, Jeans” closes the album, and successfully sheds some of the toasty jammies for edgier guitars and more straight-ahead vocals.

As mentioned above, many tracks don’t feel complete or compelling. While not totally unappealing at the start, many build to meager conclusions and meander in the meantime. Others such as, “Celebration” and “Fake It” are so mild, they are practically forgettable. And still others like “American Idol” have no idea what they want to be. (I would imagine this is the case for many of the show’s contestants.) There is some catchy saxophone and trumpets, but when mixed with the vocals and pop chorus is not only perplexing; it’s quite bad.

It is pretty obvious to a listener that this is a band trying to work out their style and voice. They are growing and trying new things. All said, “La La Land” is not a horrible album. It’s just not there yet. I mean, c’mon, Plants and Animals is a band from Canada trying to create a genre-blender of a jam band album about Los Angeles with an ironic tone. It’s really not so surprising that it sounds incomplete, confusing and somewhat lack-luster. Yet, unlike my struggling fern, there is still plenty of potential for growth in these Plants. 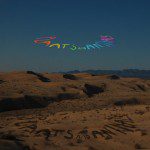