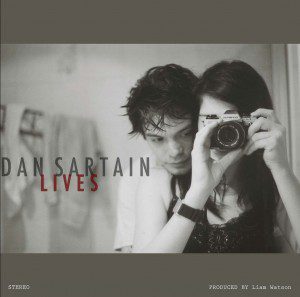 Visions of swilling whisky on a simmering hot day sitting on a porch with cowboy boots tapping are conjured at moments of Dan Sartain’s latest. Other moments lend towards the beatnik beats of the ‘60s with an undeniable swinging swaggering and attitude. Sartain sets a mood, and while it’s not modern or innovative, it’s precise and engaging. It’s old-style rock ‘n roll, and that in itself makes it a breathe of fresh air on these sultry summer days.

Fuzzed up with rockability jams and stripped of any gimmicks, Sartain went to the White Stripes’ favored studio to record, “Dan Sartain Lives.” At Toerag Studios, Sartain met up with Grammy-winning producer, Liam Watson, to get just the right garage quality to the tracks. The album starts with, “Those Thoughts” which has a restless twang as he sings about avoiding anxious thoughts of people at his door, peering in his mail slot. The track “Bohemian Grove,” has an authentic ’60s sound that rings with garage shimmy. There is a solid cohesion on the album as a whole, but the strength of the album lays in the up-tempo songs like these. Slower tracks such as “Praying for a Miracle” and the mournful “What Are You Gonna Do?” lose a little of the steam built up around them.

In a music era where things are auto-tuned and warped to the point of barely being music and Justin Bieber has the most watched video on Youtube, Sartain takes listeners on a refreshing journey to the past. Johnny Cash inspiration mixed with old-school garage riffs and production makes this album a cool, little rockability-infused gem. It feels like something you dug out of your parent’s vinyl collection, yet you still dig it, because as they say, “everything that’s old is new again.”

Similar to: Johnny Cash, Rocket From The Crypt, Tiger Army, Chain and The Gang  and Chuck Berry.