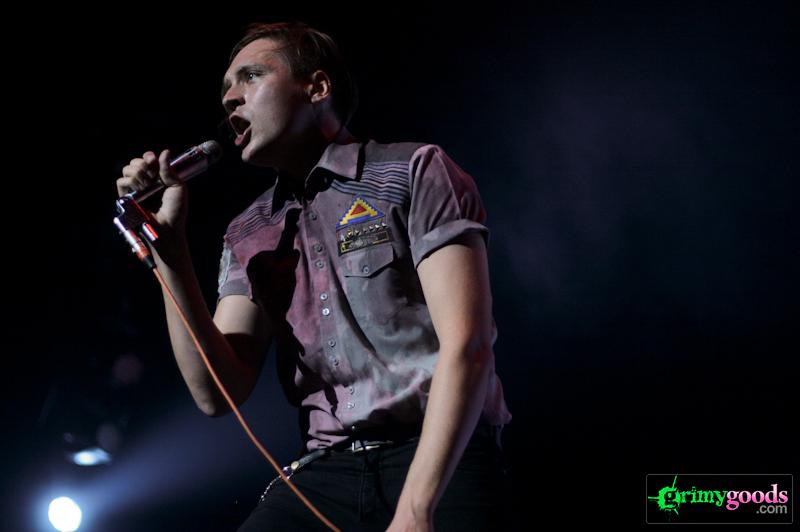 Do you remember when you were a child and the feeling of excitement and awe you’d get from going to your favorite amusement park? Feeling completely overwhelmed with joy and schizophrenic eyes of where to begin with your playful journey, I found myself feeling like a kid at Disney Land with last night’s Arcade Fire performance at the Shrine Auditorium. From the moment Arcade Fire’s musical brigade of eight and sometimes nine soldiers of sound hit the stage, I had no idea where to set my eyes. From front-man Win Butler’s alluring vocals and stage charm, to his wife Régine Chassagne’s fluid movement and siren-like vocals, all the way to the entire ensemble’s insane energy—my eyes and neck we’re going aggro turning every which way but the floor.

Kicking off an almost two hour set, Arcade Fire opened up with “Ready To Start” off their new album “The Suburbs.” The title acting as a rather suitable way to “start” a show put fans in the mood, but the real kicker was “Month of May” which directly followed the song. Bursting with lights and a wild vibrato of stage energy, Arcade Fire threw fans out of their comfort zone and hips began to shake as arms wildly stretched to the majestic ceilings of the Shrine. Once Butler jumped off the stage and into the crowd, my neck just about pulled an “Excorcist” as I tried to get a peak of him in the rows behind me.

Even with Butler’s guitar troubles, Arcade Fire dazzled the crowd through bringing to life songs such as “Modern Man,” “Rococo” and “We Used to Wait.” But the oldies such as “Haiti” and “Crown of Love” sparked some warm nostalgia of when those songs were in their prime: they were the soundtrack of our lives in ’04-’05. The lovely and petite Chassagne cast an aural spell on us with her enchanting vocals once “Haiti” came into play. As she began to soflty dance across the stage the entire band proceeded to move along with her in a hedonistic island fashion. But what really did it for me was “Crown of Love.” If found myself fixated on Butler as he sang this love-letter of forgiveness. Although sad, that song is my favorite of Arcade Fire’s impressive roster. Fueled with so much love and emotion, it really grabs your heart and does quite the number on it (even more so live).

Wrapping it up with a sing-along that was “Rebellion (Lies),” the crowd was beyond participating. I think they (the crowd) were good and drunk too. With two outstanding encores consisitng of “Keep the Car Running” and of course “Wake Up,” Arcade Fire climbed the lists of everyone’s top 10 shows of 2010.

When the show commenced, Butler told the crowd, “Alright LA, here’s how it is with you guys: you’re like that hot girl you really like but she’s cold sometimes. Sometimes we can’t tell with you.” At the end of their set, I don’t think Arcade Fire felt that way any longer. I turned around to view the massive hills of fans, all standing and cheering, with every seat (and then some) filled and I thought to myself how extraordinary it must feel to make so many people happy with the gift of music. 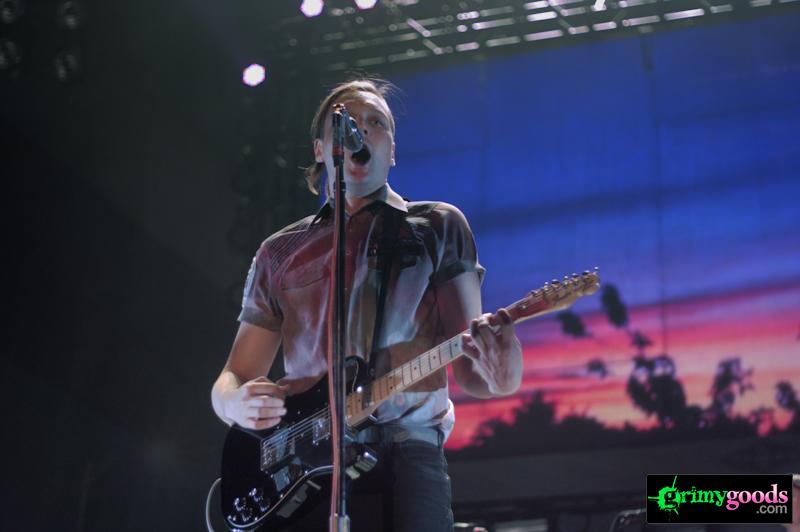 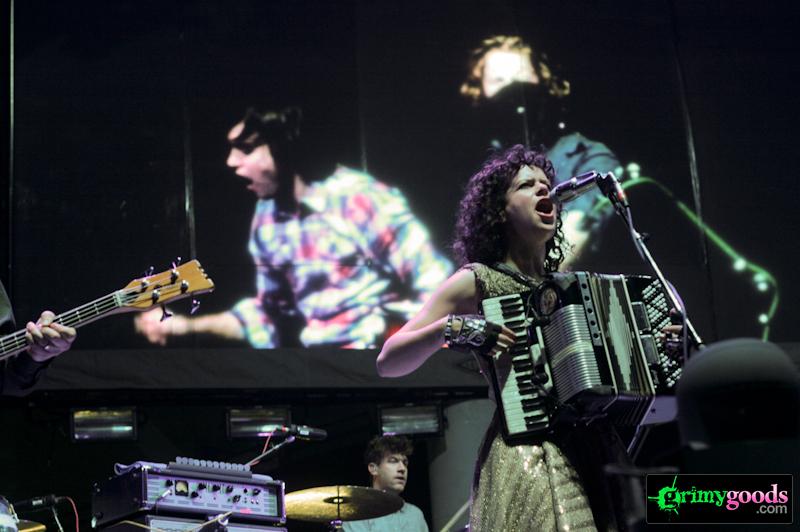 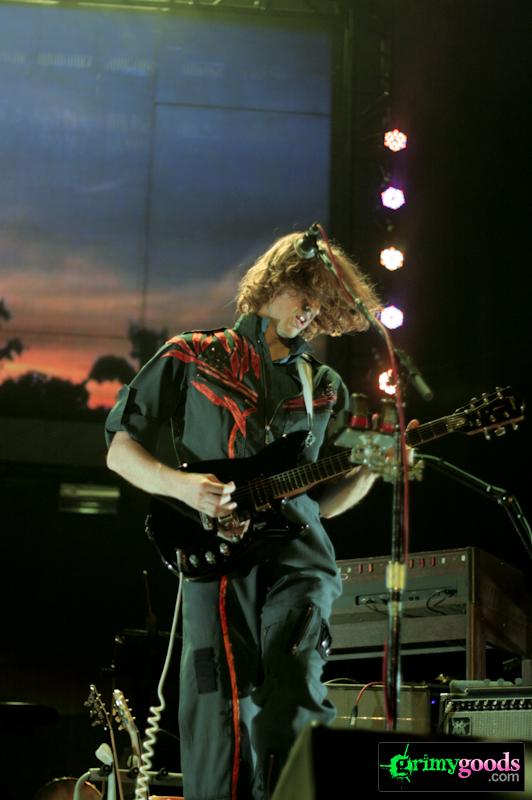 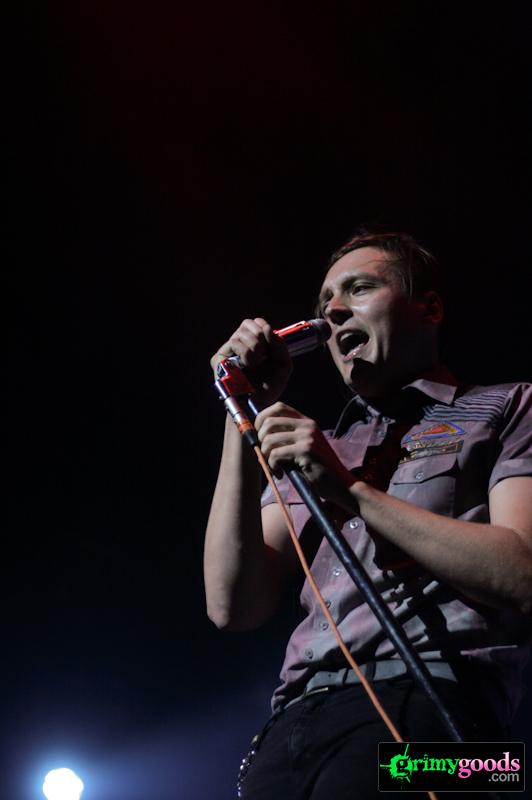 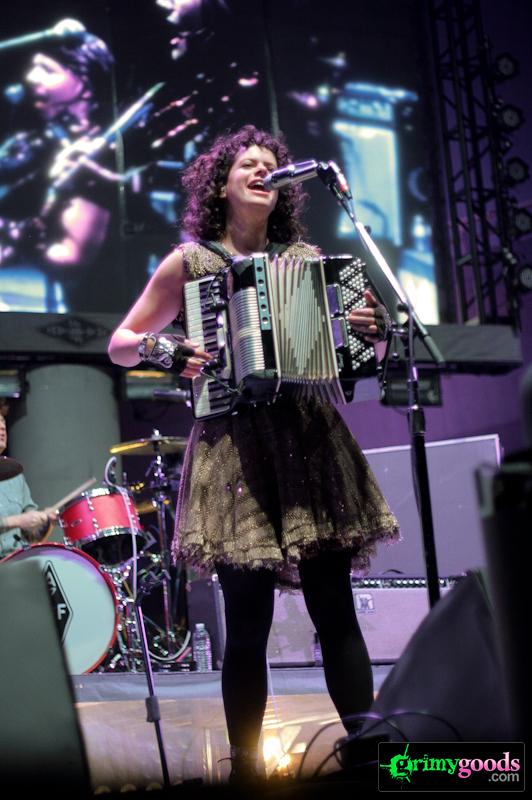 [Show as slideshow]
[View with PicLens]
◄12
Share This: