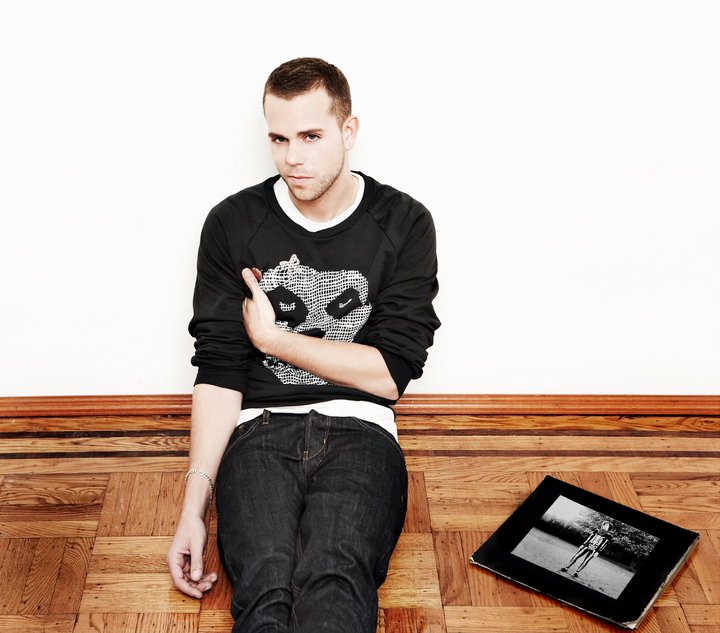 It seems that M83’s newest album, Hurry Up, We’re Dreaming is as epic as Anthony Gonzalez said it would be last year when he first talked about the highlight anticipated follow up to 2008’s Saturdays = Youth. The sixth studio album by the French electro-indie act debuted at number 15 on the U.S. Billboard 200 becoming M83’s highest-charting album to date. The double album boasts a hefty track list with 22 songs total (11 on each disc), allowing for loads of musical enjoyment filled with bubbly synth-pop that we’ve come to love from M83.

The album’s lead track “Midnight City” has already hit the mainstream conscious thanks to plugs in a Victoria Secret commercial and one of the closing songs for HBO’s “How To Make It In America” (not to mention claiming a spot on the show’s second season mixtape). It’s the one song that really draws you in and how can it now? The intro sucks you in as soon as you hear those throbbing retro synths and before that addictive baseline kicks in and Gonzalez’s melancholic vocals takes the lead. It’s one of those tracks that belong at the end of a John Hughes 80s teen angst film and one of the best tracks on the album.

From there, you have a plethora of songs to fall in love with since all inspire a great nostalgic feel of the best of 80s favorite synth bands like New Order, Depeche Mode, OMD and more. “Claudia Lewis” is just one of the many examples of that throwback sound that incorporates a melodic symphony of synths, catchy beats and echoing vocals that tickle your senses from head-to-toe. “Reunion” has that old-school vibe written all over it and you’ll fall in love with the synth-pop’s maestro’s ability to have you ready to start shuffling by the first guitar riff. “Steve McQueen” a dream pop tune that’s been given the electro treatment in just all the right places thanks to its dizzying array of synths, electronic clash of beats and beat machine hints thrown in toward the middle. And the vocals are an entirely different story and just as stellar and hypnotizing as the ones in “Midnight City.”

While most of the tracks are upbeat and dance-inspiring, some are a bit slower and more lyrically filled. Take for example “My Tears Are Becoming A Sea” that’s filled with the drowning sound of organs that build up for a quite boisterous release of bass. “Splendor” has starts with soft piano keys that build into slightly strung guitar riffs under choir-like vocals. It gets a bit synth-infused toward the end, creating for some chill wave tunes.

It seems out of all the album’s tracks, the best ones are the more upbeat ones that really inspire epic melodies that are dowsed in synths that aren’t too bold or overpowering, providing a great balance with the dreamy vocals. However, songs such as “Wait” really give those high energy numbers a run for their money. There’s just something so intensely beautiful in the words and gorgeously crafted arrangements of “Wait” — simple yet bold. Since there are so many tracks on this album, you get a heavy douse of 80’s synth that have now been reincarnated into M83’s latest and best album to date. Some tracks will make you sway, others will make you dance, but all will inspire your musical soul given their epic capacity of awesomeness. And everyone has taken notice of the caliber of what type of album Hurry Up, We’re Dreaming is, with last week’s L.A. show at the Music Box totally sold out. But he’ll be back on January 13 at Club Nokia to what will most likely be another sold out show! 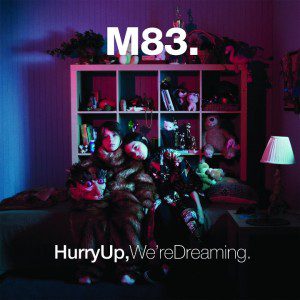