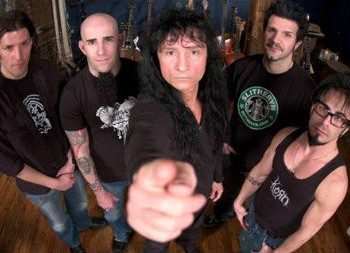 Old school heavy metal thrash beasts Anthrax will be rocking the Club Nokia stage on Saturday, Oct. 22.  In support of their September 2011 release Worship Music, Anthrax will do nothing but rock your face, legs and arms off!  Fellow heavy metal heavyweights Testament and special guests Death Angel support.  So throw up your horns […]

The tasteful minds at Goldenvoice, continue to innovate and impress us with their appetizing concerts and music festivals. Most widely know for presenting the best concerts in the Nation, as well as the force behind one of the best music festivals in the world, Coachella, (and the country goody, Stagecoach), Goldenvoice is now bringing forth […]

More
Sandra B. Olinger |
Get Thrashed

Lightyear Entertainment will release of the award-winning and critically acclaimed music documentary “Get Thrashed: The Story of Thrash Metal” on September 16, 2008. The film covers the evolution, cultural impact, and musical influence of thrash metal , an extreme form of heavy metal which burst on to the scene in the early-to-mid-1980s. The documentary features […]