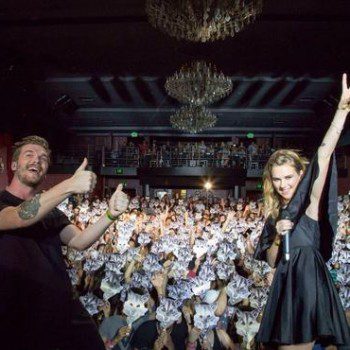 Just eight months ago, the New Zealand sibling synth-pop duo Broods was making their U.S. debut at Bardot’s It’s A School Night. This past Tuesday, they headlined the El Rey Theatre in front of a sold-out crowd to celebrate the U.S. release of their first full-length album Evergreen, which came out on these shores on […]