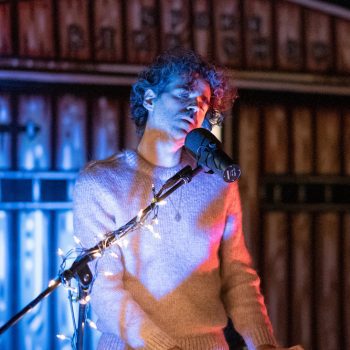 Hosting an intimate gathering of fans and friends at Spoke Cafe in Los Angeles, Geographer ended his nearly three-year hiatus from the stage with a release show for his newest album Down and Out in the Garden of Earthly Delights. Michael Deni, the synth-pop wizard behind the project, performed a number of songs off the […]