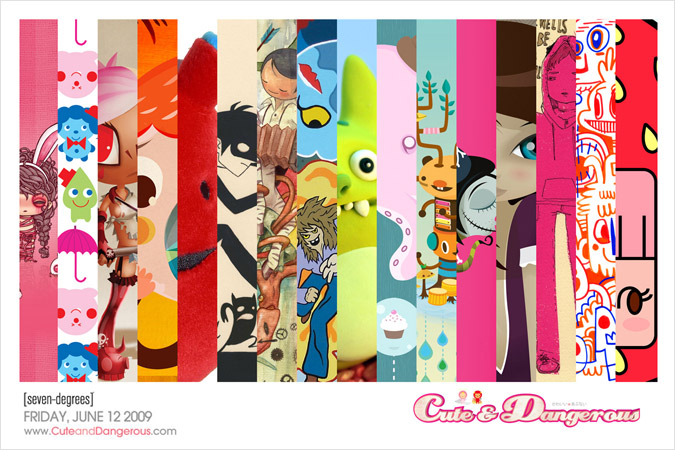 The title alone will make you want to come to this art show: Cute and Dangerous! If you’re a chick, it sounds super cute and filled with nice things you’ll want to spend those dollars on. If you’re a dude, you probably think there’s going to be some sexy chicks there (which there will be) and hopefully get some ass. Title or not, the artwork to be showcased is the main draw: cute, badass, clever, modern, edgy, weird — you’re basically going to get all the fix-ins.

It’s at a tight Laguna Beach Venue, Seven-Degrees, with loads of give-aways, drinks, music, good people, good times. It’s FREE, but get there early, the venue WILL hit capacity. See you there!

5 thoughts on “Cute and Dangerous”