Since Friday night’s “late night at Wanderlust” party was far too glow-stick-raver nerd for me, we were able to wake up well rested and energized for our noon yoga class. After getting mislead to the wrong yoga class which just so happened to be called “self massage with balls,” we finally found our chosen session of Zuda Power Vinyasa with Bill Prysock. Holy shit did that class kicked my ass! I was sweating like a fat man stuck in a leather bodysuit. But in the end I felt like a million bucks. Not to mention Bill is quite easy on the eyes and his assistant was a total cutie and super friendly to help us perfect our poses. You can lay your hands on my hips anytime buddy! With our yoga complete and some delicious acai smoothies from Mountian Nectar ,we were now ready to check out the music. 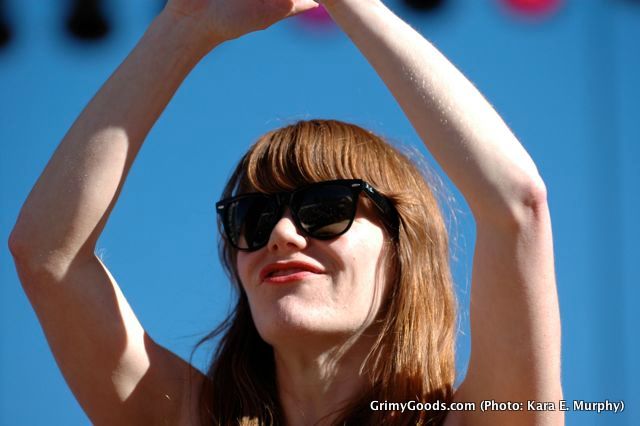 Cruising up the Funitel at God knows how many feet in the air was a bit scary but gave us some epic views of Squaw Valley. I was super bummed to miss Big Light on the Gold Coast Stage, especially since these guys are some fun cats and put out a pretty awesome self released EP last year. Guess I’ll just have to make it up at Outsidelands! Jenny Lewis however, rocked the stage with her adorable self! A very talented and vibrant musician she is. The whole band did a great job but her drummer is my favorite! She just bangs it out and has a pretty sweet wo-fro (woman’s fro) that I so wanted to pat with my hand.

Sadly, the headliner Michael Franti couldn’t perform due to a ruptured appendix. Ouch! Hope he’s healing well. But I must say, I was more than pleased with his replacement: Common! As I was trekking from the Arc Bar to the photo pit, I saw Common, his DJ and drummer get hauled up the mountain in the lil VIP golf cart. That lil cart just about rolled back down the mountain! Common and his band members were laughing so hard as Wanderlust organizers helped them up the hill by pulling the golf cart with their bare hands. Good funny shit and everyone was all smiles. As the sun was close to setting, Common rocked the crowd with his hot song “Sex 4 Suga” where he brought a barely legal teen on stage to serenade (she was 19). His performance was bumpin’, but I just don’t think all the hogis and yogis we’re feeling it. Damn hippies . . . 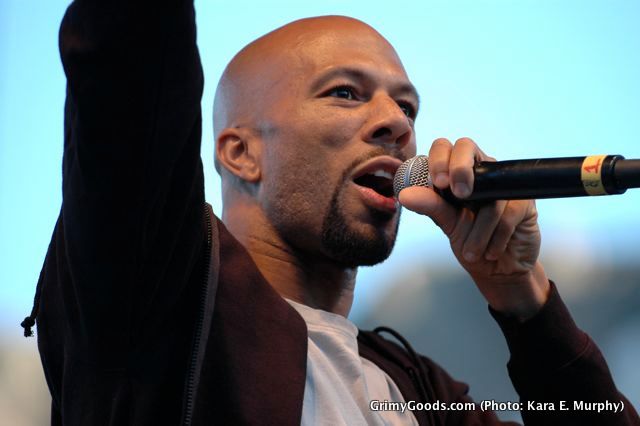 All the performances on Saturday were fabulous, but the real shit goes to Girl Talk. From the moment the Pittsburgh all-star masher, Gregg Gillis, ran out on stage and started his magical mixing–the stage exploded with a colorful bust of dancers! Toliet paper, streamers, beach balls, over-sized pillows and all sorts of fun things were floating through the air and in the crowds. After shooting some shots I joined the fun on stage and danced to his entire set including Michael Jackson, The Ramones, Queen, MGMT and more greats. It was the best dance party I’ve ever been to and one of my top Wanderlust highlights.

We then swung by the VIP “late night at Wanderlust” party with DJ Rekha but it was stoops. Although the music wasn’t bad, I felt like I was at a bump n’ grind-frat party with a bunch of douches. Drifting over to the Globetrotter Stage Green Room, we indulged in LOTS of alcoholic beverages, good times and good conversations. The night ended back in our hot tub under the beautiful Tahoe stars until security kicked us out and sent us back to our condo. Booo!