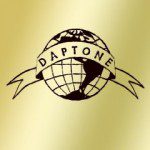 Fuel the funk fire and bring on the soul, Brooklyn’s Daptone Records has brought forth the “Daptone Gold.” Just as Binky Riptide’s intro states, “Daptone Golds” is for solid sides of soul—classics, new and old from the whole Daptone Family. With 23 tracks of vivacious sound and rhythms that will make you get down, you’ll here songs from Sharon Jones & The Dap-Kings, The Budos Band, Lee Fields, Antibalas, and more. We caught Sharon Jones & The Dap-Kings at Wanderlust this past July and it was one of the funnest shows I had ever been to. The tunes were ripe, the entire crowd was shakin’ their groove things and the sweet amount of crowd-to-band interaction instigated by Mizz Jones was truly engaging.

“Up From the South” by The Budos Band, undeniably has the coolest vibe to it. Straight up funky intrumentals running rampant over a fresh sea of sound stripped from any vocals. This tune’s so hot it’s fit to play the score of any Tarantino flick. Sharon Jones & The Dap-Kings bust out the soulful love ballad in “Good to Me,” the lyrics are heartfelt, but not sugarcoated. Just like her strong persona, Jones’ words are bold and straight up, while her her vocal flavor is as sweet as honey (love the baritone chorus in the jam!). Fusing Afrobeat with Latin vocals, “Che Che Cole (Makossa)” by Antibalas featuring Mayra Vega is the shit! A throw-back to Hector Lavoe’s dance hit version of the original “Che Che Cole” this jam is exotic, funky, sexy and will cause major gyrations of the hip!

This is one of the best compilations that has come across my hands. How can you not love the refreshing sounds of timeless soul and funk drenched in uber-cool sax, riveting trumpets, smooth bass lines, enticing vocals and so much more. Daptone Gold was recorded with that crisp and simple sound reminiscent of many old school soul and funk recordings. Their distinctive sound is a product of their solid studio acoustics, recording only on analog. It doesn’t get any more real than that.

Purchase the goods straight from Daptone on vinyl or CD here. You will not be disappointed.